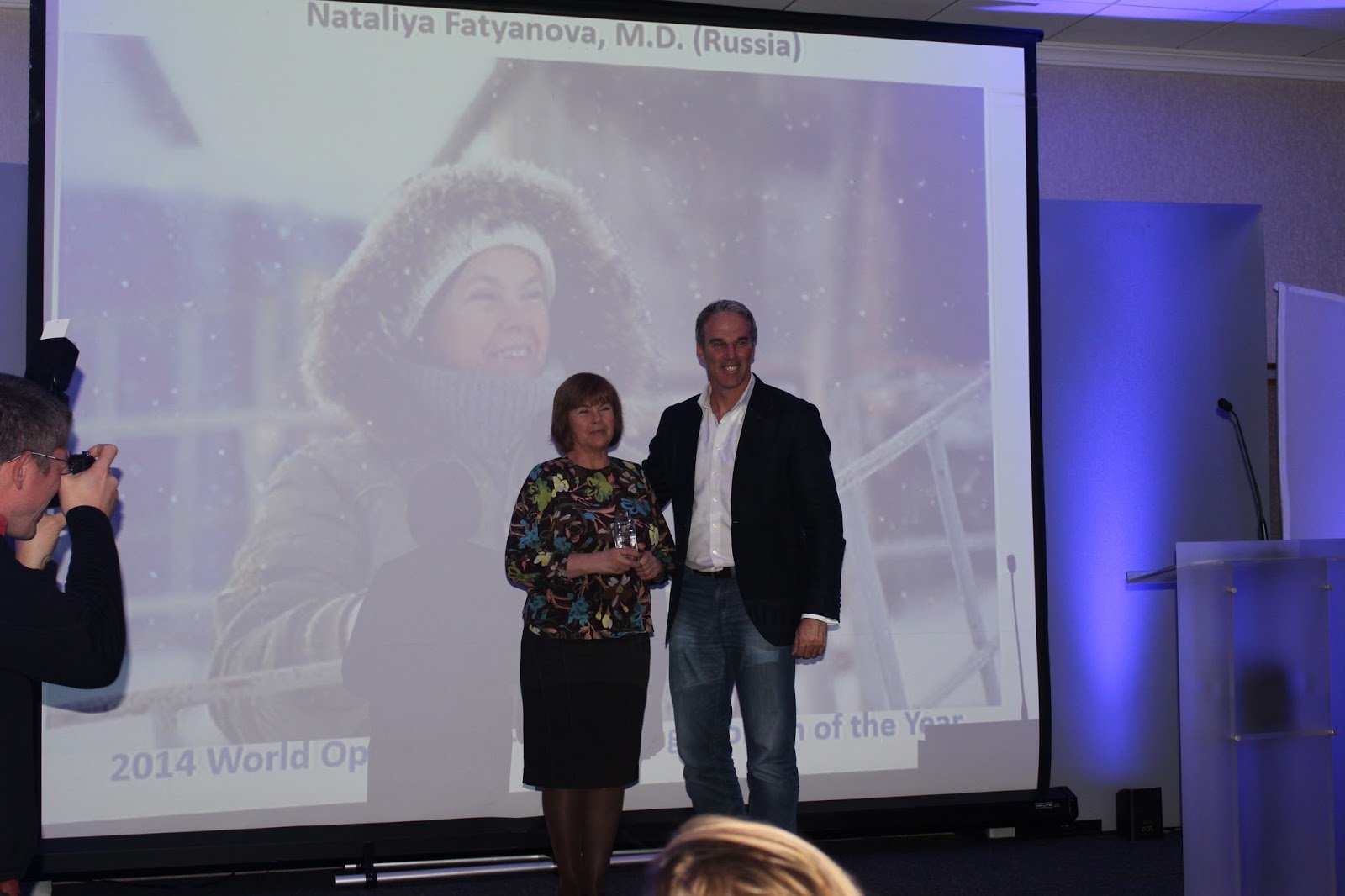 Today at the Low Wood Bay Resort Hotel & Marina, site of the Big Chillswim Winter Swimming Gala, the 2014 and 2015 WOWSA Award winners were honored by many of their peers and hosts Lewis Pugh and Colin Hill.

Prior to the WOWSA Awards ceremony, Lewis Pugh gave an impassioned 45-minute speech that culminated with a standing ovation from the assembly of open water swimmers.

Pugh told three stories about three different encounters: the 1 km swim in the North Pole, his swim across the Maldives in the Indian Ocean, and the men who lived on Robben Island as prisoners.

Pugh advised, “The first story about the North Pole is about our underlying fears. We have to muster up courage. Every single person has hopes, dreams, and ambitions. The only thing that is stopping us is fear. Do not be dangerous or fool-hardy. Planning and preparation must be meticulous. Put fear aside.”

His second story about his swim across the Maldives is about the fundamental issue of limitations that people place upon themselves. “We must identify those limiting beliefs and surround ourselves with a team of talented individuals around us.”

His third story about Robben Island was about 2 men who stood up for what they believed is right. “Their story is a story about each of us and how we each live our lives. There are so many injustices in this world. Do not turn your back on these injustices. Do not think it is the role of someone else. Stand up and do not ignore the injustices of this world.”