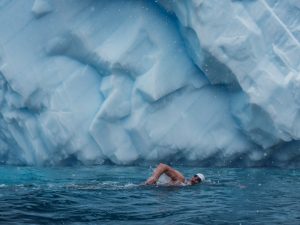 Courtesy of WOWSA, Antarctica. Lewis Pugh is an open water swimmer and a maritime lawyer who has pioneered swims in the most vulnerable ecosystems on Earth to campaign for their protection. 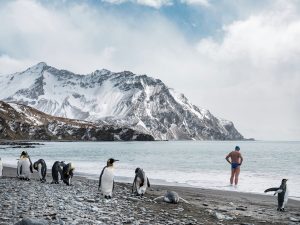