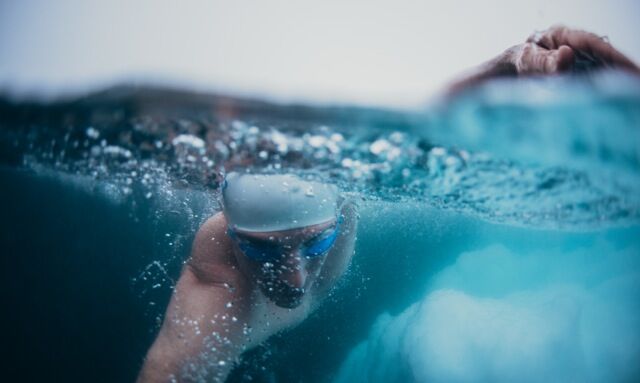 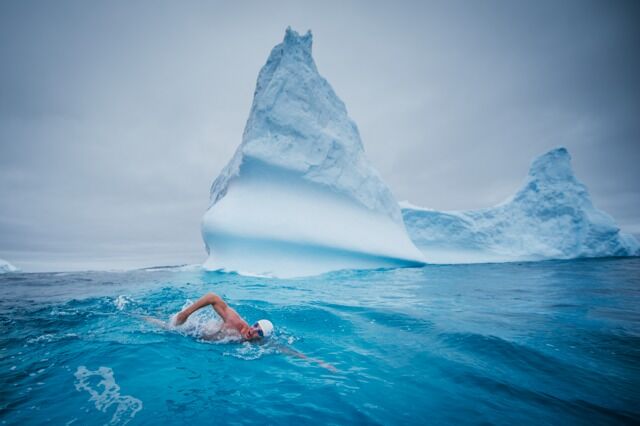 Pugh will speak at the evening ceremony and present the awards. Chillswim Director Colin Hill said, “As a international award ceremony recognizing outstanding swimmers from 2014 and 2015, there is no more relevant speaker than ocean advocate and pioneer swimmer, Lewis Pugh. His own achievements are remarkable and inspirational.”

Pugh has pioneered more swims around famous landmarks than any other person in history. He swam across the icy waters of the North Pole to highlight the melting of the Arctic sea ice, and across a glacial lake on Mount Everest to draw attention to the impact of climate change on the Himalayan glaciers. Lewis has swum in the world’s most hostile places; the North Cape, the Antarctic, the Cape of Good Hope and the North Pole and developed an understanding of the beauty, the preciousness and fragility of life and its many eco-systems. Driven by nothing more than deep belief, he has achieved things most would regard as impossible.

The World Open Water Swimming Awards recognize the achievements of both professional and amateur swimmers, soloists and racers, Olympian and veteran Baby Boomers, rivers and oceans alike with the general public casting the votes. Voting for the 2015 awards closes on December 31st 2015 and announced on January 1st 2016. The awards from 2014 and 2015 will be presented at the Big Chill Swim.

Anyone is welcome to attend the awards and mix with some of the world’s most inspirational swimmers and personalities.

Tickets for the awards evening are available here. 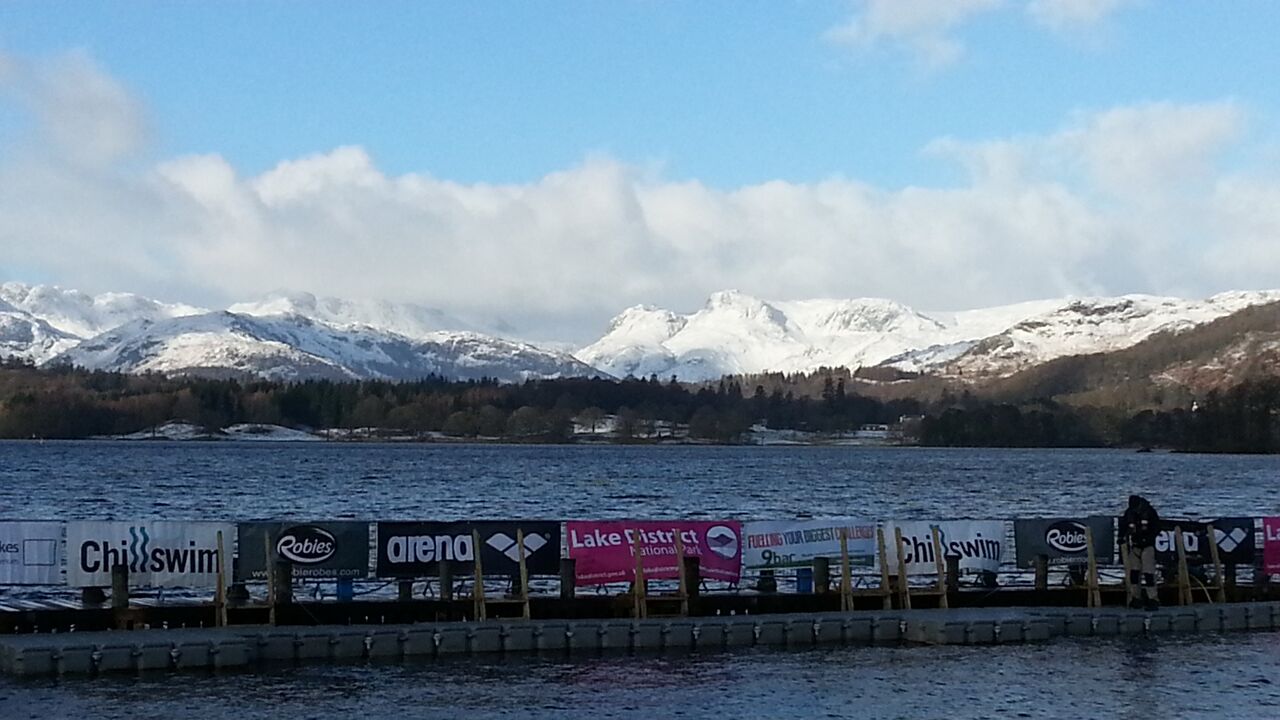 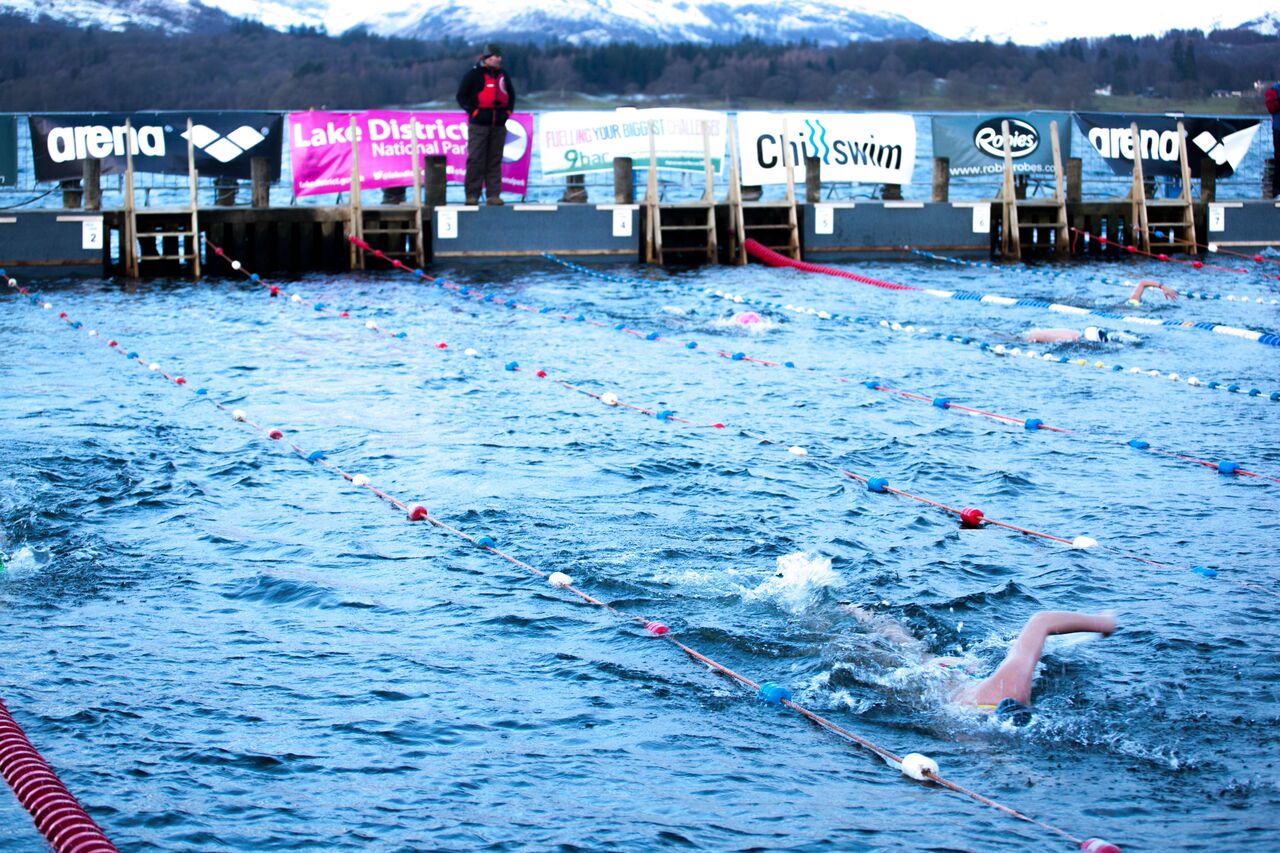 WOWSA creator Steven Munatones commented, “The last time that I visited Windermere was in 1982 when the world of open water swimming was vastly different. Back then, we only dreamed of having an event in the Olympics, swimming at the poles of the earth, and imagining people of all ages and abilities doing marathon swims and 10 km races. Ice swims, 300-mile relays swims, transoceanic swims, and swimmers like Lewis or Lynne Cox doing swims that are covered worldwide were unheard of back in the day.

But times have certainly changed and will continue to evolve in increasingly rapid and global ways. Having Lewis – friends to presidents and prime ministers – present the awards will another step in the very positive evolution of the sport
.

The Big Chill Swim event is now in its fourth year and attracts winter swimmers from overseas, including USA, Russia, Norway, Finland, Latvia, Germany and Belgium, as well as from across the UK. In 2016 the event forms part of the International Winter Swimming Association World Cup series.

Record-setting winter swimmers Christof Wandratsch of Germany and Henri Kaarma of Estonia (both nominated for WOWSA awards) will participate in the endurance distances of 450m on the Saturday and the 1 km competition on Sunday. The event has been a sell-out each year and is expecting 1,000 swimmers in 2016. 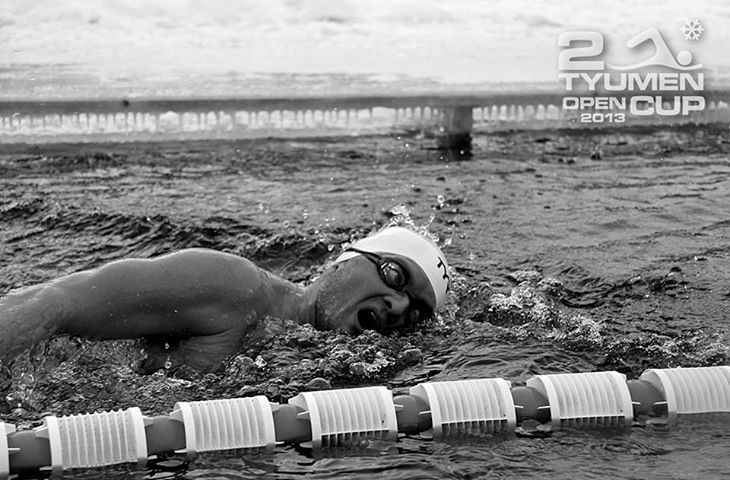 The renowned ice swimmer Henri Kaarma of Estonia [shown above] was voted as the 2014 World Open Water Swimming Man of the Year.

The renowned cold water researcher and physician Nataliya Fatyanova, M.D. of Russia was voted as the 2014 World Open Water Swimming Woman of the Year.

The Russian ice swimmers Alexandr Brylin and Grigorii Prokopchuk were voted as the 2014 World Open Water Swimming Performance of the Year for their physically punishing Diomede Islands Swim.

Even the Step Out Of The Ordinary Blue Letter Campaign, created and managed by Ireland’s Pádraig Mallon and Camlough Lake Water Festival, was voted as the 2014 World Open Water Swimming Offering of the Year. The campaign inspired many athletes to do their own bit of cold water swimming.

“Each one of these swimmers makes or has made a significant impact locally and internationally on our sport,” says Munatones. “The WOWSA Awards are meant to honor the men and women who embody the spirit of open water swimming, possess the sense of adventure, tenacity and perseverance that open water swimmers are known for, and have most positively influenced the world of open water swimming in 2015.”

These nominees include the following inspirational groups of individuals and offerings:

To vote for the World Open Water Swimming Man of the Year, visit here.

To vote for the World Open Water Swimming Woman of the Year, visit here.

To vote for the World Open Water Swimming Performance of the Year, visit here.

To vote for the World Open Water Swimming Offering of the Year, visit here. Voting continues until December 31st 2015.