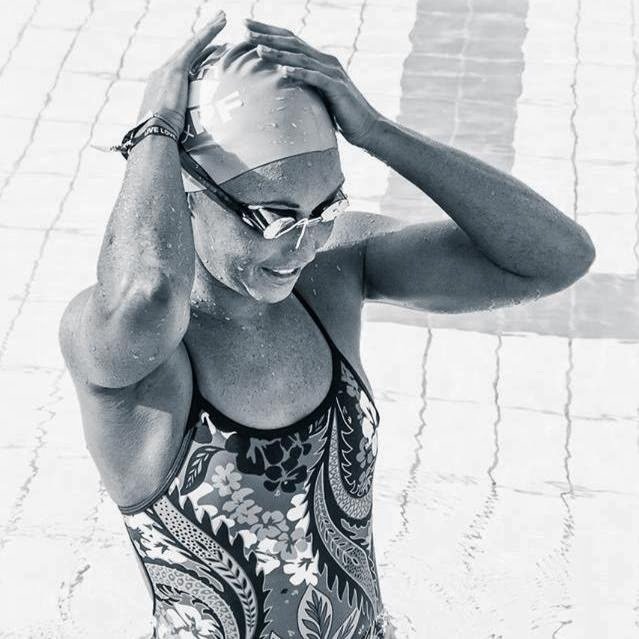 “I was working for a chiropractor after college and being a lifeguard on the weekends,” said 26-year-old Lexie Kelly of Long Beach, California.

“At the time when the economy was not all that great, it was fine because I love being outdoors and meeting people from all walks of life,” recalls the California native. “I was getting in some pool workouts in the mornings with some spin workouts and runs thrown in throughout the week.”

But the need to breathe in ocean air and the desire to exchange flip flops for high heels was building deep inside her.

“Things were going well enough, but I had an itch to do something different.” Shifting gears is not unusual for a young adult, but selecting one’s optimal career path is always a challenge. The average American makes 7 different career changes, but Kelly hit the nail on the head on her first try.

“I had heard about professional open water swimming, but I really did not know anything about it or how to get involved.”

But it was not just racing that she wanted to get into, Kelly wanted to delve deeply into the sport. “I swam with this guy at a local pool in Seal Beach who was always talking about open water. He told me about the sport. In fact, he couldn’t stop talking about oceans and lakes. He encouraged me to consider open water swimming as a career. Frankly, I didn’t really know what to think, but then he invited me to meet the Ventura Deep Six team. I drove up to Ventura and met the most enthusiastic, optimistic group of men who absolutely loved open water swimming,” remembers Kelly about her initial talk with Steven Munatones. “Steve told me about all the opportunities in the sport and encouraged me to meet Jim McConica, Tom Ball, Kurtis Baron, John Chung, Jim Neitz and Mike Shaffer. After listening to them, I was hoping that this kind of open water swimming lifestyle was for me.”

The sport and Kelly matched like an escort boat captain in total synchronization with a channel swimmer.

“Soon after talking with Steve and learning about the different opportunities, Mr. Flowers of the Cayman Islands was looking for someone to serve as the Coordinator for the annual Flowers Sea Swim, one of the greatest sea swims in the world. I was so happy when he hired me and excited to move to the Cayman Islands. Not only was I able to live in the world’s best location for open water swimming, but I was also able to learn the in’s and out’s of event management and help coordinate Penny Palfrey‘s historic 68-mile swim from Little Cayman to Grand Cayman. I also had the opportunity to cross a small channel, from Cayman Brac to Little Cayman, and get a little taste of channel swimming myself.”

From there, there was no stopping the personably dynamo.

“Over the last two years, I have been to Shanghai, Quebec, back to the Cayman Islands, Tokyo, Croatia, Argentina, Costa Rica, Serbia, Brazil, London, Cuba, Lebanon, Albania, Florida, New York and all around the U.S. and a bunch of little islands in various countries. I have met people from all over the world and seen places like Japan and Albania that I never thought I would ever see. And there are so many more places where I have plans to go in the future: South Africa, Australia, Sweden, South Pacific. It seems that the more effort that I put into open water swimming, the more benefits I receive and the friendships that I make. I never thought a career would be so exciting. When I was a college student, I often wore swim caps and t-shirts with logos from all over California. Now my swim caps come from Sweden and t-shirts from South America. Open water swimming has really opened up my eyes to the rest of the world and shown me how great so many people are. Not everyone is always successful on every swim, either in competition or in a solo crossing, but the sense of accomplishment that swimmers have, the camaraderie between them, and the amount of effort that people put in is so inspirational.“