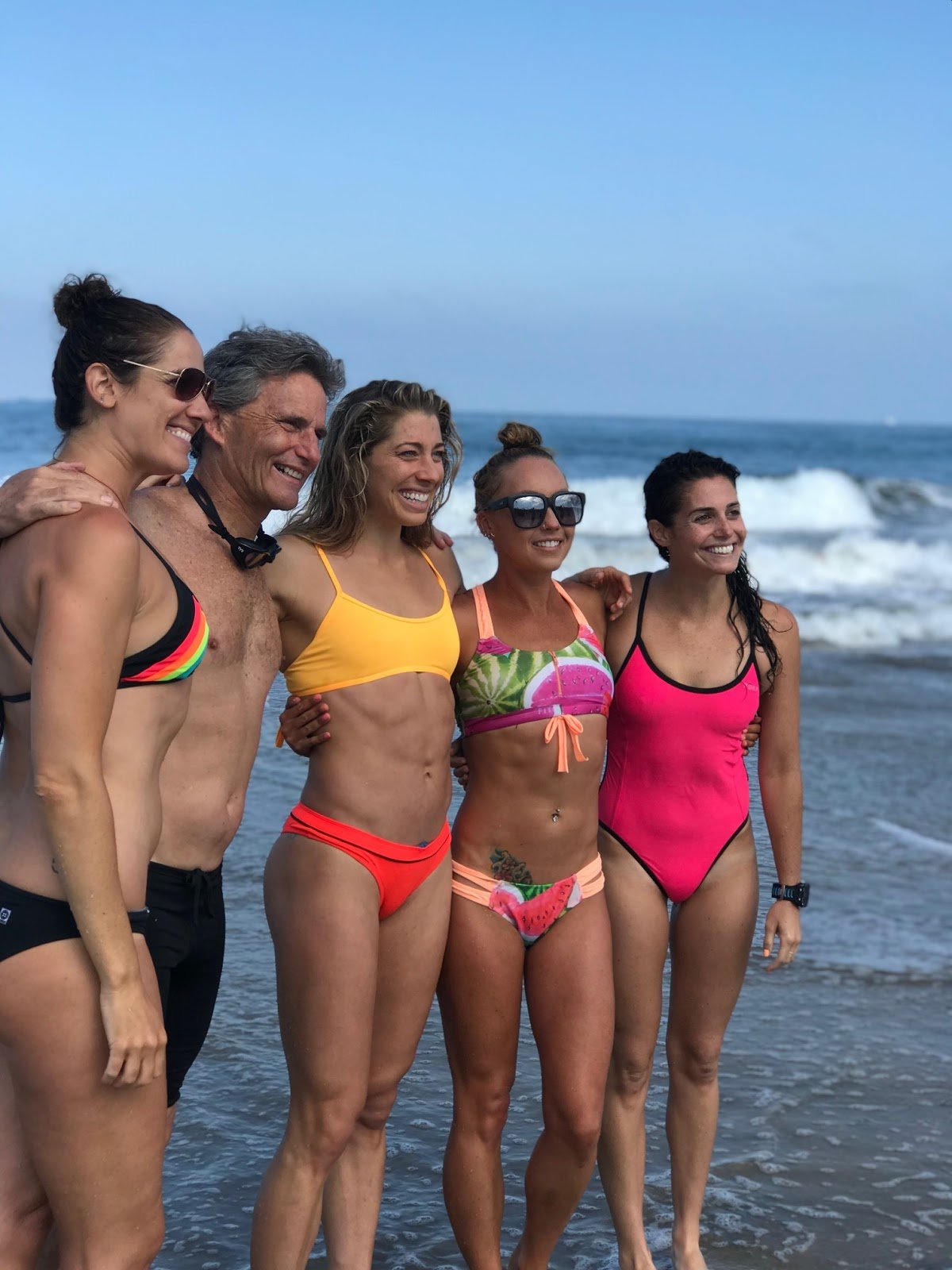 Lexie Kelly and Ryan Bullock have a packed schedule and are always busy, especially in the summer.

Kelly works as a product ambassador, model and coach. Bullock runs Swim To Hear while serving as a full-time ocean lifeguard.

They both won both Pier to Pier 2 Mile Open Ocean Swim in Newport Beach on Saturday and the 1-mile Swim The Avenues at the Redondo Beach Open Water Swim on Sunday.

There were Olympians in the race including American bronze medalists Kristy Kowal and Caroline Burckle who participated in the race together with Mayor of Redondo Beach Bill Brand, a local ocean swimmer and surfer [shown above].

Mayor Brand is very excited about the possibility of hosting the 2028 Los Angeles Olympic 10K Marathon Swim in the same venue. Kelly commented on the proposed venue, “It really would be real open water competition in the ocean and with waves and the bluff overlooking would make the venue very spectator friendly.”

Bullock spoke about the potential Olympic site. “The event was run very well and I was impressed with the overall turnout. It’s hard to think that this was just the inaugural year – you would have thought the team had been putting this race on for years. It was such a great swim. It felt longer than one mile, but I knew that ahead of time from swimming the course as a warm-up.

The race started with a set of waves which made the start quite fun. I thought the race couldn’t have gone any better. The hardest part for me was trying to spot the last red buoy on the return – which is always the best feeling to round that buoy and catch a wave in.”

The previous day, Kelly and Bullock won the 2-mile ocean swim between Balboa Pier and Newport Pier in Newport Beach. “Whereas the Redondo Beach swim was nice and smooth, the Newport Pier-to-Pier started off with a large set [of waves] which created some problems for people at the start. But the organization is really laid-back as it has always been in Newport.”