A Life Of Achievement In The Open Water, Pool And Land 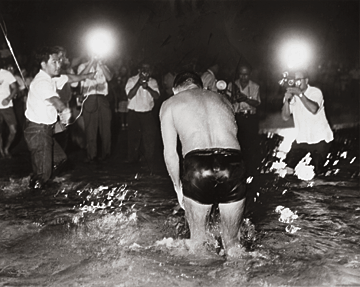 Keo was known in the open water world as the first person to swim from the island of Molokai to Oahu in Hawaii. He crossed the 42K (26-mile) Kaiwi (Molokai) Channel in 1961 in 15 hours and 30 minutes at the age of 41.

But he previously also made a splash in the pool, although he never had the opportunity to compete in the Olympics (due to wars).

And his legacy was embellished by his deeds onshore. After teaching at Ohio State for two years, he returned to Hawaii as a high school swim coach, teacher and athletic director. He was first elected to the Hawaiian Legislature in 1964, scouted baseball players for the professional Detroit Tigers and served as assistant Majority Floor Leader of the Hawaiian State Legislature.

It was a life of humble achievement by a man who stood tall among his peers in the open water, pool and land.