Last night, as part of the Global Open Water Swimming Conference in Long Beach, California, the World Open Water Swimming Association gave out three Lifetime Achievement Awards to Greta Andersen, Siga Rose and Dan Empfield for their body of outstanding work in the open water as an athlete, visionary and coach respectively.

All words fail us to adequately describe the work, effort, vision and passion that these individuals have brought to the open water swimming world. 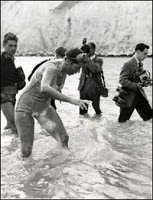 A two-time Olympic medalist in the pool who continues to work nearly 10 hours a day sharing her love for the water, Greta Andersen, originally from Denmark, transformed herself from a sprinter in the pool to swimming marathon swims in Hawaii, Lake Michigan, Mexico and the English Channel. She set records in oceans from the Pacific to the Atlantic and took on the best men in the world during her era. She trained 10 miles a day, swimming without goggles, off Long Beach, and knew first-hand about swimming with sharks and jellyfish, and through the cold and waves.

Despite coming up on her ninth decade on earth, Greta continues to teach young children how to swim and her bubbling, forceful personality has lit up pool decks for several decades. A truly great person and incredible athlete, we salute Greta Andersen for her lifetime of work, passion and accomplishment.

Siga Rose, one of the most passionate, kind and motivating coaches in America, was acknowledged for her body of work with many of her former athletes and mentors in attendance including Penny Dean, John York, Jim Montrella and a large Catalina Channel Swimming Federation contingent.

Still coaching youngsters and adult swimmers, Siga continues to enable individuals of all ages and abilities to understand – and achieve – their potential as athletes. Day in and day out since the 1970s, Siga has blazed a trail of success. Her kindness, her intensity and her professionalism is unparalleled, especially when it comes to teaching our next generation of our love and challenge of the open water. 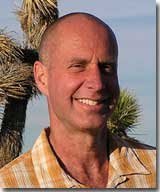 Dan Empfield, one of the most innovative visionaries of endurance sports, was similarly honored. Dan’s name is gold in the multi-sport and triathlon world and his statements were profound for the open water swimming world.

By inventing the triathlon wetsuit, Dan became an enabler. He got millions to enter and enjoy the open water via neoprene, making newcomers to the open water to feel comfortable. But his creativity continued. His innovative juices and far forward-thinking vision led him to create SlowTwitch.

His foresight literally helped encourage millions of newbies to the open water and where they can constantly share stories, discuss workouts, meet friends and learn new information on SlowTwitch, one of the most highly trafficked multi-sport and endurance sports websites in the world.

True heroes and heroines of the open water world.