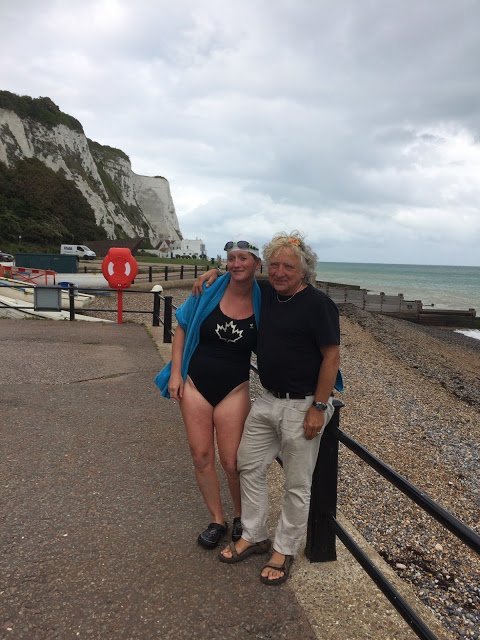 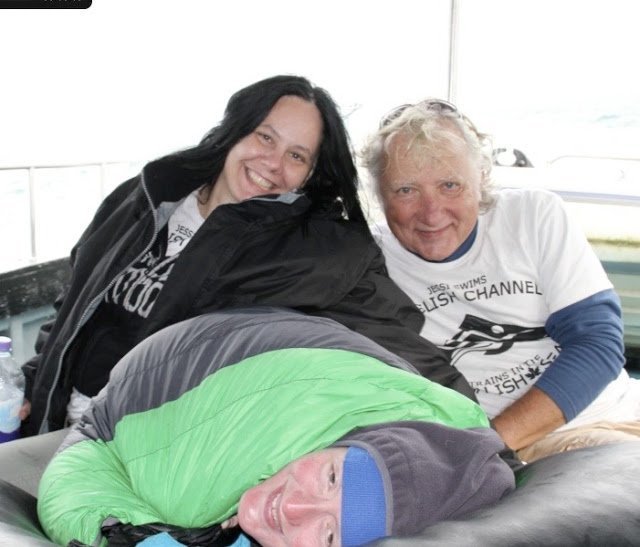 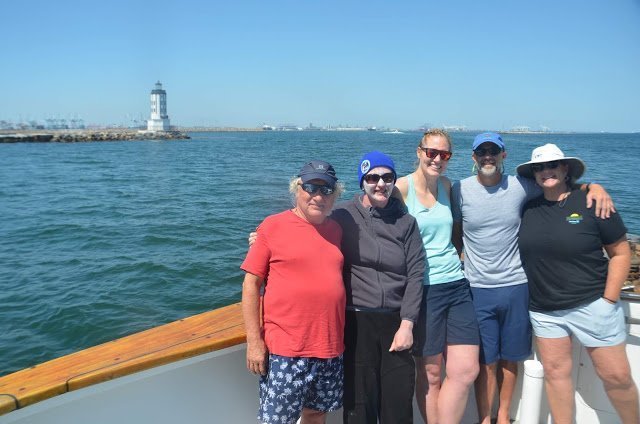 A father’s unconditional love and paternal desire to protect his daughter are among the most powerful and profound emotions on Planet Earth.

67-year-old Richard Harewicz is always with his daughter on her marathon swims. He guides her, he looks after her.

He feeds her, he motivates her and keeps her spirits up. The 67-year-old Canadian father and his 35-year-old daughter make for a tight team out in the open water who both share a deep passion for the sport.

“My dad is on all my boats on every swim that I have done. That is why I refer to WE, not I,” Jessi explained.

“For the Triple Crown of Open Water Swimming, Dad was part of my boat crew on my English Channel crossing. Across the Catalina Channel, Dad and Dan Simonelli alternated escort kayak duties, and in 20 Bridges around Manhattan Island, my dad was my only kayaker.”

On June 1st in the 20 Bridges Swim of 45.9 km, Dad was there in the water throughout the 8 hours 37 minute 34 second circumnavigation. I was the third Canadian to complete the Triple Crown, but we were the first Canadian father-and-daughter team.

On August 25th-26th, in the ‘Long Swim Home’ across the Georgia Straits from Nanaimo, Vancouver Island to Kitsilano Beach, Vancouver, Dad was there on the boat and in the kayak towards the end throughout the 30 hour 13 minute 4 second 58.6 km crossing of the widest point of the Georgia Straits. It was the longest continuous salt water skin swim in the Salish Sea. This was my first pioneering swim; I hold this swim close to my heart. Swimming into my home beach with my friends brought channel swimming to the heart of Vancouver.”

In addition, Richard serves as an escort kayaker for the Northwest Open Water Swimming Association, guiding John Batchelder who won the 20 km Mercer Island Marathon Swim in 6 hours. In addition to her swimming, Jesse serves as the co-race director of the Kitsilano Challenge, organized by the Vancouver Open Water Swimming Association (while Richard serves as the master of ceremonies, truck driver and gear loader), and is the Athletic Ambassador for My Sea To Sky.

In their part of the British Columbia open water swimming world, Jessi has plenty of advice for visitors, “Swimming in spring and late fall is the most beautiful time. If you are comfortable in 12-14°C water, you can add 2 full months of training in the Salish Sea [southern Vancouver Island and Puget Sound between Canada and the USA]. Doing some brief close-to-shore training in 15 knot winds is a great workout, but the dangers logs and driftwood are great; there are no protective barriers in our harbor. 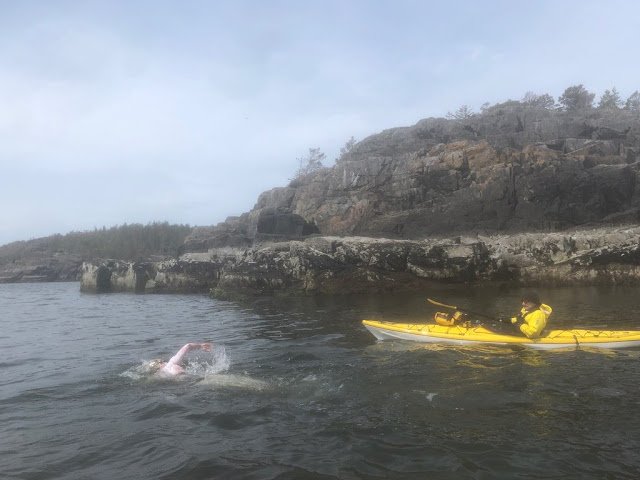 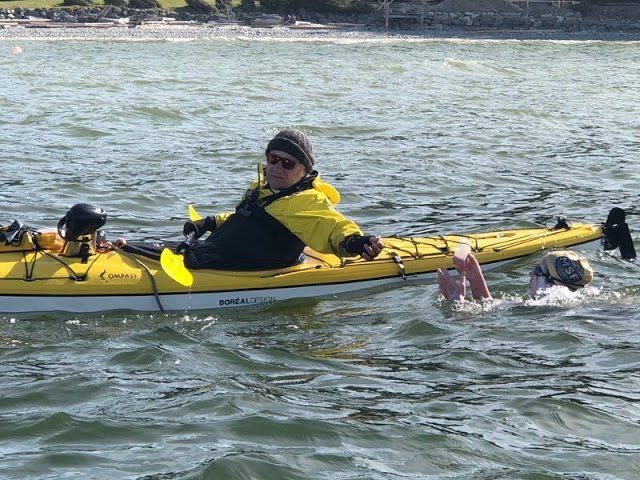 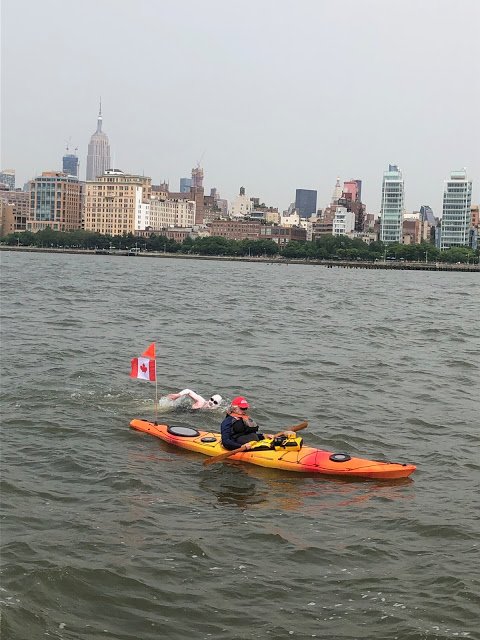 The lion’s mane jellyfish are closer to the surface in Indian arm in summer from late June, July, and early August – and they sting right through your swimsuits.

But the surface water from Squamish down to Point Roberts was no colder than 17°C this summer.”