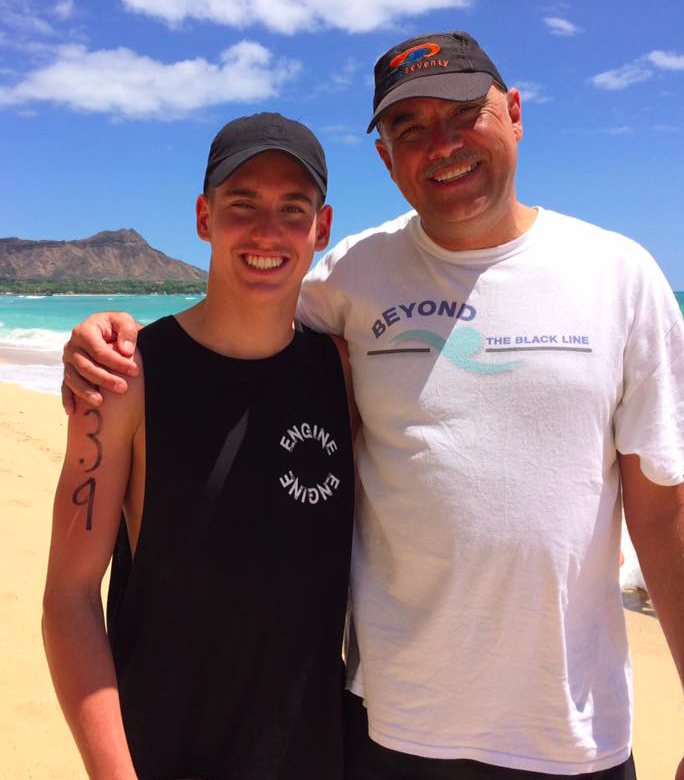 It was also a family affair among Australians.

Reece covered the course in 1:04:30 while Martyn followed behind, caught in the rip tides and reef turbulence, finishing 607th overall in 2:50:41.

“It is a superb event, technically challenging, but in a superb location and look forward to coming back to compete again in the Hawaiian Islands,” said dad. “Reece will continue to prepare, under guidance of Brendan Capell, for 2018 Rottnest Channel 20 km event in Western Australia.”