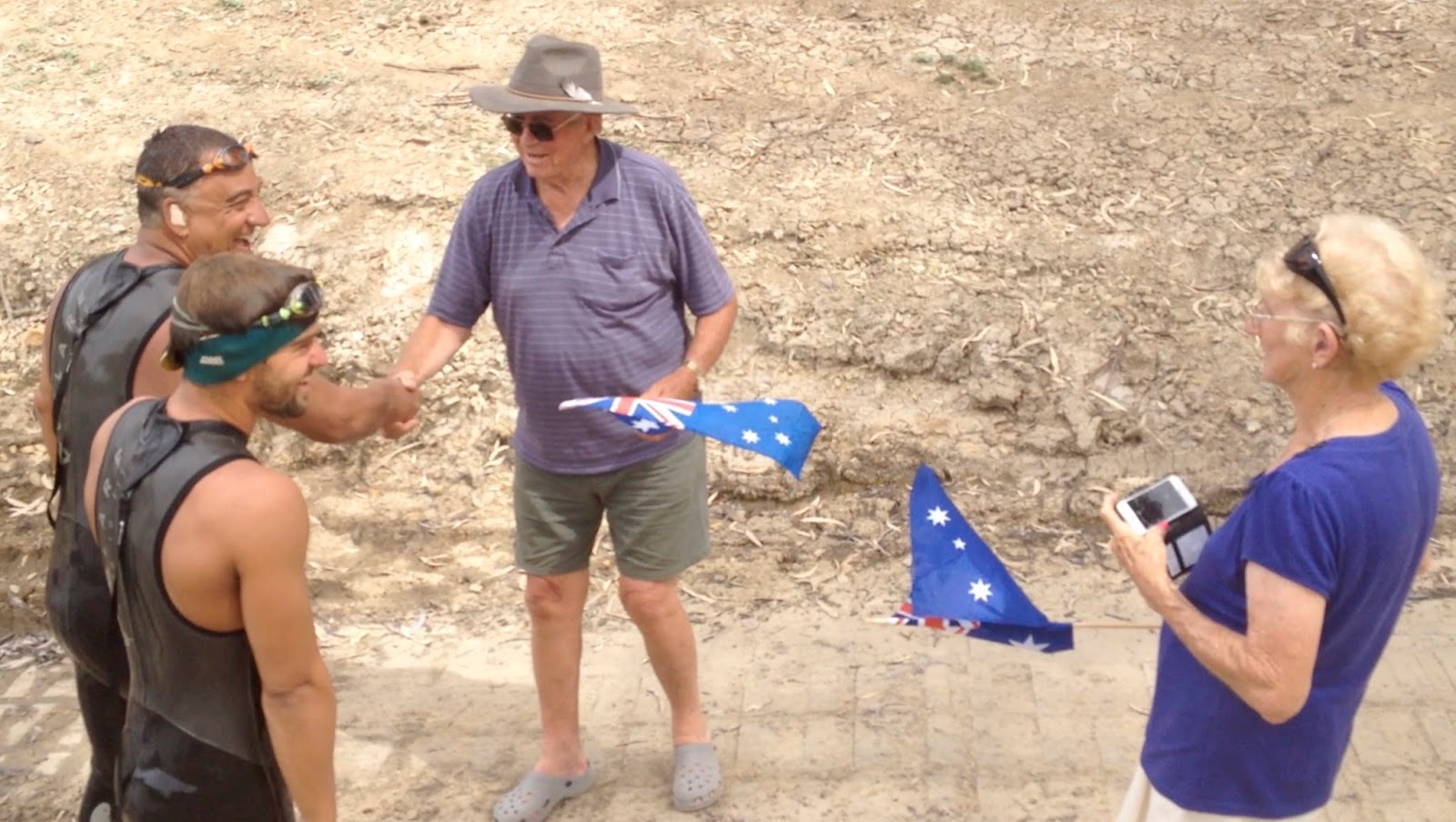 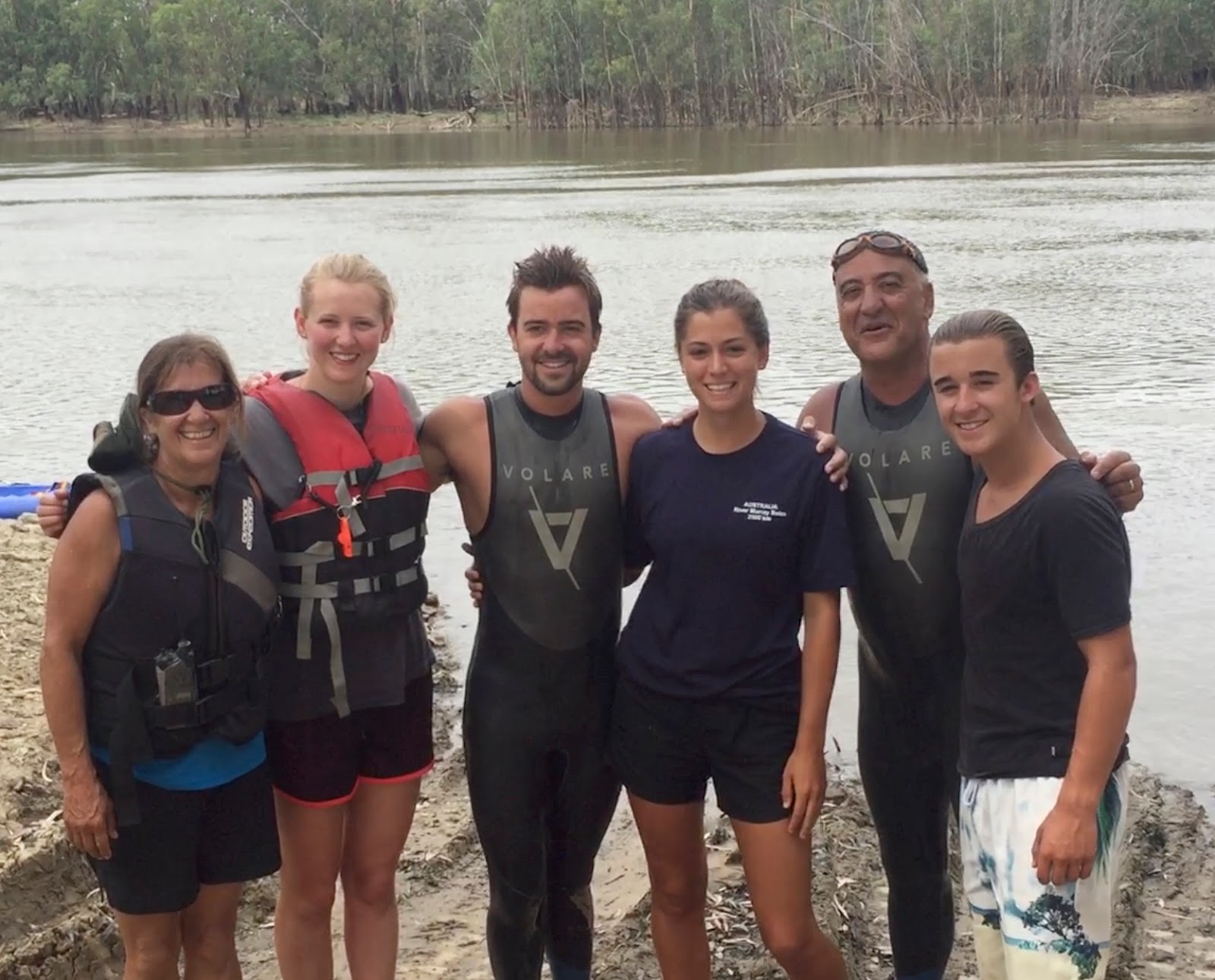 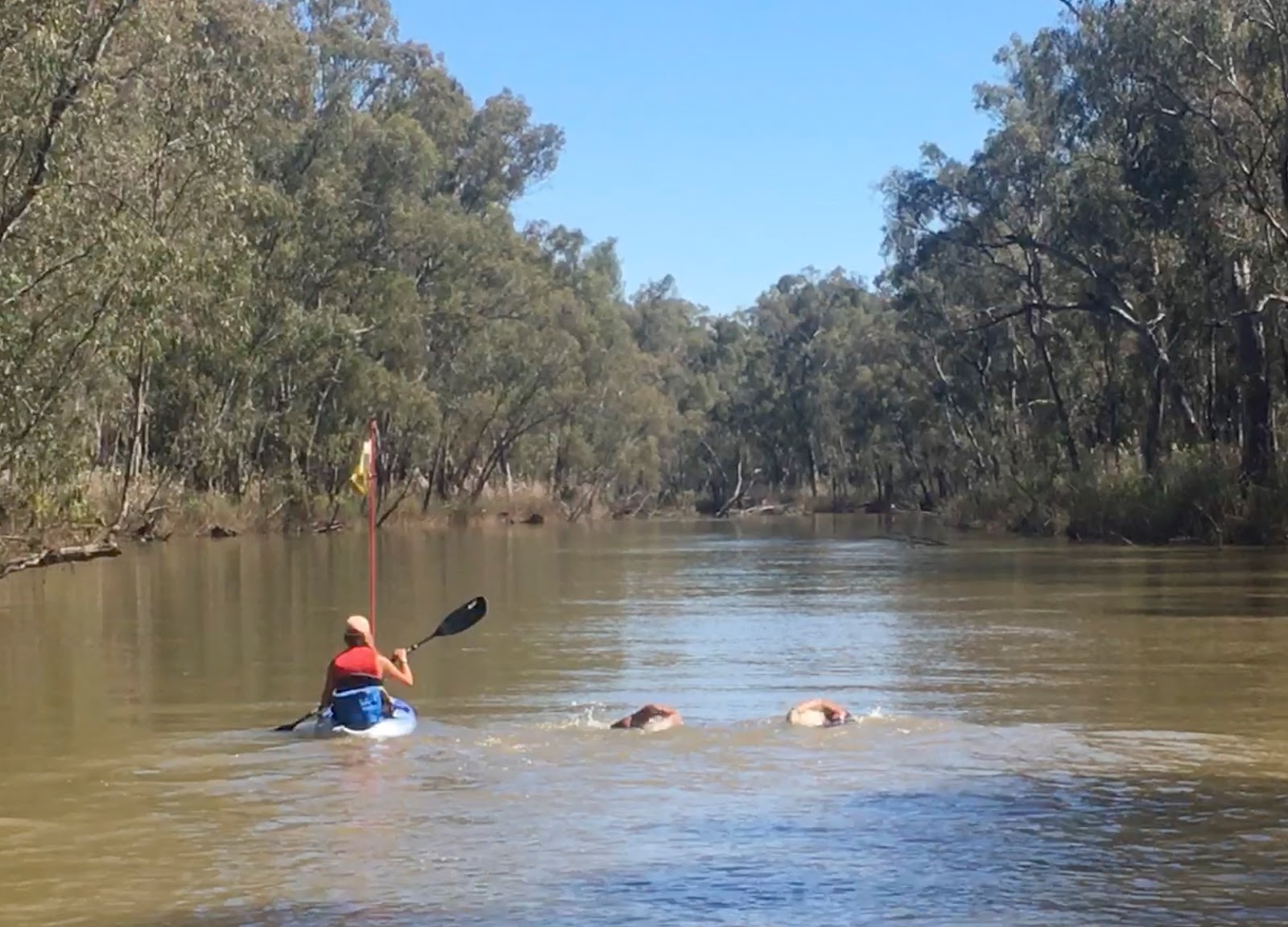 Courtesy of WOWSA, Huntington Beach, California.
Team Help! completed 1,223 km of its 2,500 km stage swim down Australia’s longest river, the River Murray.
Hunter Helmick has swum the entire 1,223 km distance to date while father Eric Helmick has taken on the role of coach having swum 600 km alongside his son Hunter. “We’re a team of six people and though we started out as a novice team – we’re feeling pretty confident. When you do something epic it inspires people,” says Hunter.
“When you inspire people it gives them hope. We’re not endurance swimmers, or we weren’t endurance swimmers until now. I guess swimming 1,200 km puts you into that category. But if we can do this, surely the youth of Australia can do anything they set their minds to.”
The team is filming their adventure in hopes of producing a feature film documentary which will include stories of Australian youth and their dreams which the team has interviewed between swimming 30 km a day. The team hopes to complete the swim within the next 45 days.
For more information on Help! World Tour and Team Help!, visit www.helpwt.com and www.takeyourdream.com.
Copyright © 2016 by World Open Water Swimming Association