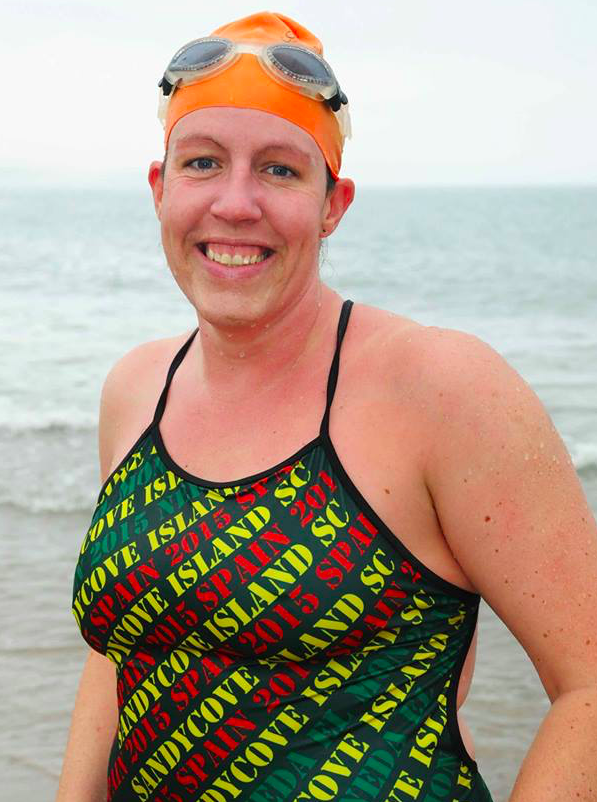 Lisa Cummins has enjoyed a solid marathon and channel swimming career that started out with bang.

In 2009, she set a local Sandycove Island record with a 19-lap 27 km training swim conducted through the night. She was preparing for her September 2009 two-way crossing of the English Channel from England to France to England. She eventually completed the double crossing in 35 hours with a 14 hour 36 minute first leg and a 20 hour 24 minute second leg.

The 26-year-old became the first Irish person, and 20th person overall, to successfully complete the 68 km two-way crossing of the English Channel. She was the second person and first woman to complete a two-way English Channel crossing without having first completed a one-way.

Sarah Cummins was onboard Lisa’s escort boat, “I was afforded a unique opportunity that will stay with me the rest of my life. She was amazing, kept the spirit up, and was nothing but focused the whole swim. It was a pleasure to crew, she just put the head down and swam. She built up her open water swimming from nothing, just worked on endurance over 16 months.”

That success was preceded by and followed up with numerous other swims around the world:

Ned Denison describes the phenom. “In addition to her swimming feats, she has given back to the sport over the years. She has contributed locally as a swim organizer, crew and volunteer including serving as a committee member, website, and webmaster for the International Marathon Swimming Hall of Fame event for the Sandycove Island Swim Club.

Footnote: On January 5th 2018, she was inducted as an Honour Swimmer in the Hall of Fame – Marathon Swimming Ireland.