Lisa Delaurentis Shows Precision At Work And In Water 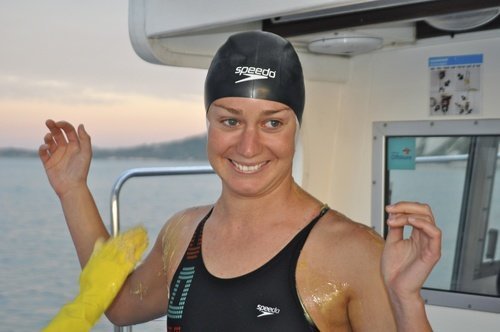 
By day, Lisa Delaurentis wears a white coat, dispensing advice and medicines as a pharmacist.

“I enjoy helping people improve their own health,” she says while her own levels of fitness and stamina reach exceed nearly all on the planet.

Besides competing in half and full Ironman triathlons internationally over the past decade, she balances work with a number of Rottnest Channel Swims and the Triple Crown of Open Water Swimming.*