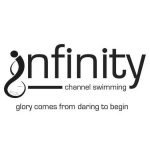 Glory Comes From Daring to Begin

The North Channel is also referred to as the North Irish Channel and is a stand alone swim and is a part of the Ocean Sevens series.

The North Channel has shorter and substancially less tidal windows than those of other channels across the globe.

In some swim windows there are only five days within which a North Channel swim attempt can take place.  Other swim windows extend up to eight or nine days.

Swim windows for the North Channel are usually on a neap tides occuring between June and September.  Outside of this the daylight hours are less and the waters are much cooler which do not make for pleasant swimming conditions.

The shortest distance across the North Channel in a straight line is 34.5 Kilometers.

All official North(Irish) Channel swims take place within Admarality Chart 2198 Southern Part.  There are other channels of water outside of this area including the Dál Riata Channel.

A North Channel crossing may commence in either Scotland or Ireland and the history of the North Channel as maintianed by Irish Long Distance Swimming Association records successful swims from both sides and from various starting points along the coastline within the Admarality Chart.

Whilst the swim progresses East through West or vice versa, the tide runs North to South in 6 hour ebb and 6 hour flood cycles. With strong tidal currents your swim may cover up to 45 Kilometers. Your swim line will track North or South whilst advancing Easterly / Westerly depending on your swim speed, tidal flow and weather conditions.

In training for your North (Irish) Channel attempt you should get experience of swimming across currents and not just with or against the tide.

In the final approaches to landfall be mindful that the currents and tidal force will push you back.  You need an extra swim gear for this.