Open water swimming is a branch of water sports that is experiencing an ever-increasing expansion in the world as well as in our country, so in accordance with that, a need for a more organized approach to this sport has been noticed in our region.

The greatest interest in this water sport is traditionally on the territory of AP Vojvodina. There were several races on open water that individually had a tradition.On November 11, 2006, the Vojvodina Association for Distance Marathon and Masters Swimming was founded, and the founders were:

On the initiative and support of the Swimming Federation of Serbia, as well as the request of clubs outside the territory of AP Vojvodina, the Vojvodina Association for Distance-Marathon and Masters Swimming was transformed into the Association for Distance-Marathon and Masters Swimming of Serbia, in order to enable all clubs from the territory of the Republic of Serbia to they play this sport in an organized manner within that Association.

Extract from the decisions of the 5th session of the PSS Board of Directors from 05/19/2010.

This Association, from the initial 6 members, has now reached the number of 34, and is still open to all clubs that see their interest in joining together, for the sake of promoting this sport as well as achieving top results. The Association also promotes the formation of clubs that exclusively deal with this sport, because swimming in open water is one of the oldest sports and was dominant until the beginning of the 20th century, when swimming pools appeared and were built on a massive scale. Even today, we witness that a large number of cities do not have swimming pools but have canals, rivers, and lakes. with the latter, the relationship between swimmers and non-swimmers is disastrous.

FINA, as the world umbrella organization of water sports, recognizes 5 such disciplines:

Today, according to the decision of the International Olympic Committee, OWS – Marathon Swimming is officially a special Olympic sport, which can be seen on their official website in the database of summer Olympic sports.For many years, the Association organizes and conducts a league competition called the SRB OPEN WATER CUP with approximately 22 competitions that are scored and run according to the Rules of the Association.

The Association has been a regular organizer of the Serbian Open Water Swimming Championships since 2007.

In 2018, we raised this competition to an even higher level by registering our 7th races from the Cup in the Global Swim Series calendar. GSS is an association that includes all the largest marathons in the world from 36 countries with over 170,000 participants. They deal with the global promotion of swimming at open waters. They were founded in 2016 in Canada.

The number of competitions and competitors is constantly increasing from year to year, because this sport can be practiced by everyone, regardless of age and gender. It does not require the investment of extremely large material resources, and contributes to the possibility of achieving great results.

Staying in nature, different weather conditions during the stay and competition improve the mental and health capacity of all participants. Surely this cup series and systematic approach will contribute to increasing the number of top competitors in this sport who will successfully represent us on the international level in the future. 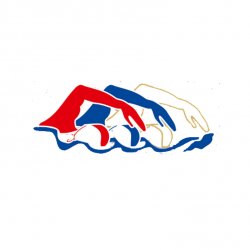