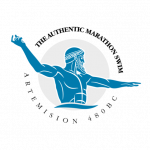 According to the written works of Ancient Historians, Skyllias and his daughter Hydna, were the very first “marathon swimmers” to ever be acknowledged globally. The story of Skyllias and Hydna describes that after several admirable diving achievements the two historical figures were arrested in 480 B.C. by Persians that wanted to use the pair of proficient divers for an extensive exploration of underwater treasures from Ancient-Greek shipwrecks.

Subsequently, the historical swimmers realized that Persians planned on using them in an upcoming naval battle in Artemision, meaning that Skyllias and Hydna would have to face their Greek compatriots. After understanding the plan of the Persian forces, the Ancient-Greek heroes jumped into the sea, sliced the ropes from the anchors of Persian ships and started swimming towards Artemision in order to inform the Greek Naval Forces.

The historical achievements of Skyllias and Hydna have been recorded by Herodotus, “The Father of History”, who has praised them for their unique swimming ability and the importance of the information they offered to the Greeks, allowing the Naval Forces to prepare for their upcoming Naval Battles and their eventual triumph. Hence, in this way the first-ever ultra long-distance swim was recorded 2500 years ago, as Herodotus claimed that the two swimmers covered approximately 80 cables or 9 nautical miles.

The Authentic Marathon Swim will take place on July 1-3, 2022 at the straits of Artemision – the location of the historical Naval Battle between Greek and Persian forces.

What is the Authentic Marathon Swim?

The Authentic Marathon Swim represents the revival of the authentic marathon swimming route, 2.500 years after it was first accomplished. It includes various open water swimming routes and is organized by the Municipality of Istiea-Edipsos while ActiveMedia Group is responsible for its sports production.

Which are the routes?

The open water swimming event provides swimmers of the modern era with an opportunity of replicating the historical achievement of Skyllias and Hydna by swimming over the shipwrecks of the historical Artemision Naval Battle. The event includes 14.5km, 10km, 5km, 3km, 1.5km and a 500m. kids’ open water swimming races at Pefki of Istiea-Edipsos Municipality in North Evia, Greece.

For the safety of all races, the event will be held in accordance with FINA regulations, in order to ensure the health of athletes and attendees. The event will provide once again everyone with a safety lifeguard buoy since its use by professional and amateur athletes is mandatory. For each participant in the 14.5km and 10km routes there will be an escort-boat.
The routes of 5km, 3km, 1.5km and 500m. have Pefki beach as their starting and finishing point. 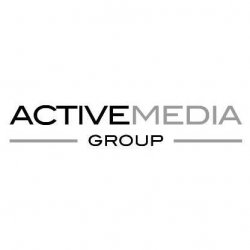