Living A Great Life In, On And Under Water 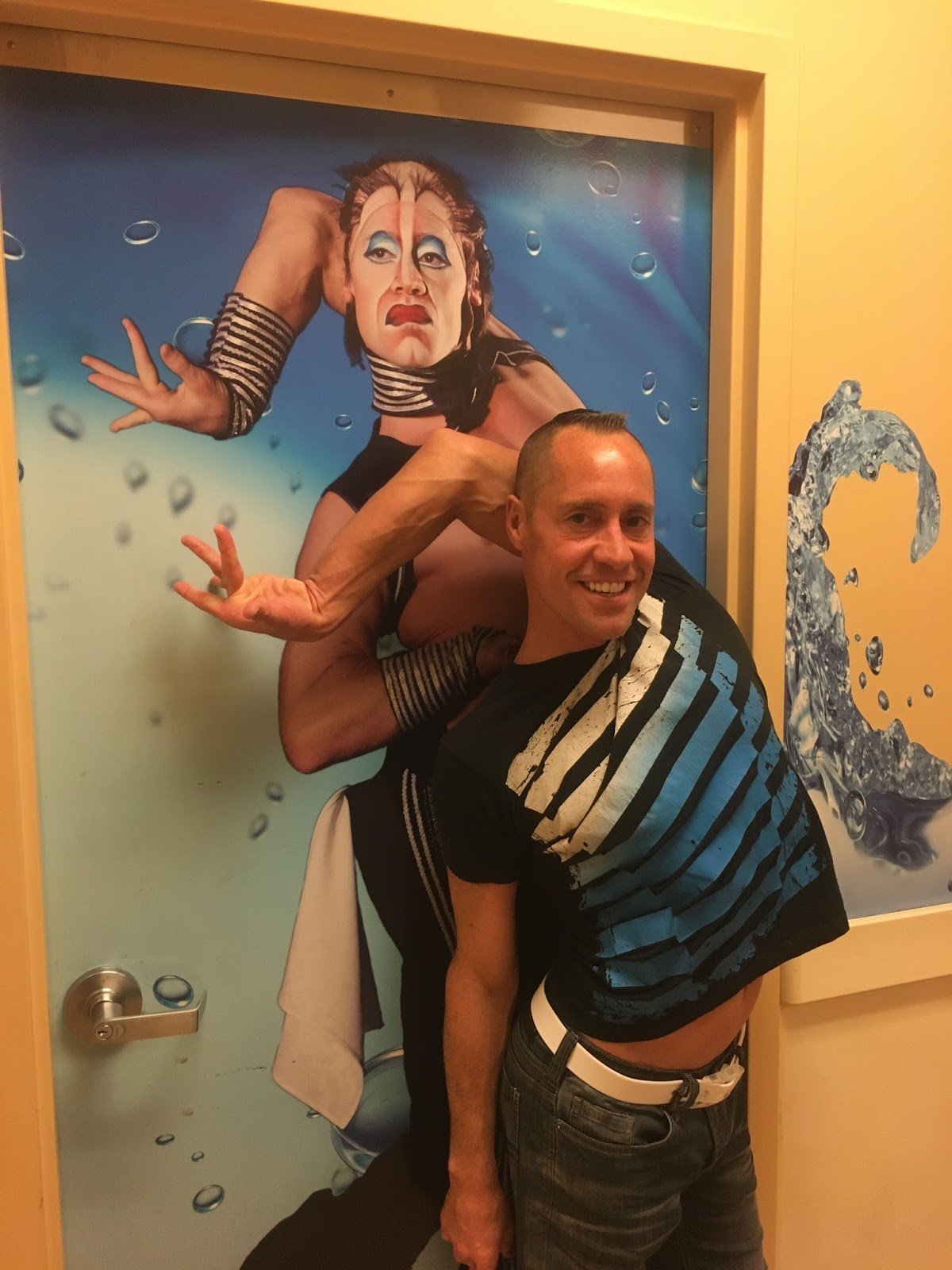 World champion synchronized swimmer and marathon swimmer Bill May has quite an aquatic life.

When he is not performing at the FINA World Championships or training tough hypoxic workouts in a pool, he stars as Le Waiter in O, a Las Vegas show.

“Le Waiter is supposed to be old and past his prime, but he is still trying to steal attention with his quirky and eccentric movements,” explains the 38-year-old.

O is a water-themed stage production by Cirque du Soleil that is featured at the Bellagio Hotel in Las Vegas. O takes place in, around and above a giant pool of water, featuring synchronized swimming and aerial and ground acts, grossing over US$1,000,000,000 since its opening in 1998.

O was inspired by the infinity and elegance of water’s pure form that is brought to life by 85 acrobats, synchronized swimmers, and divers.

As the oldest medalist at the 2017 FINA World Championships in Hungary – an appropriate real-life embodiment of his character in O.

“Bill’s performance in O was incredibly outstanding,” said Lexie Kelly who recently saw the show. “I was completely blown away by the whole production.

I met Bill several years ago at 2013 U.S. Masters Swimming national 10 km open water swimming championships in Lake Mead that he won by over 6 minutes. I was impressed by his speed and ability. After I learned distance swimming was his secondary skill and synchronized swimming was his specialty, I have been dying to see him perform.

The show is extremely intricate on all levels – divers, synchro swimmers, dancers, acrobats, gymnasts, and contortionists. Bill had so many roles in the performance and it was so fun to spot him all throughout the show. It made it so special to see my friend in one the best Cirque de Soleil shows in Las Vegas