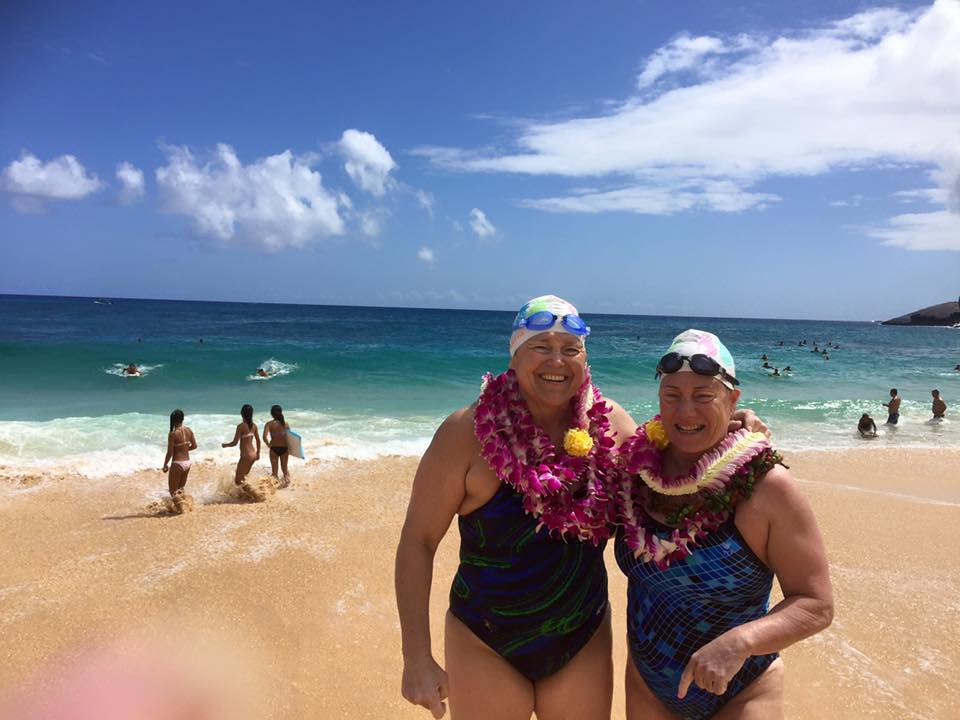 Swimming across the 42 km Molokai Channel is hard enough.

Doing it at the pace of another swimmer is doubly hard.

But nothing gets past channel veterans Elizabeth Fry and Dr Marcy MacDonald.*

The duo went stroke-for-stroke and completed a tough tandem swim in 17 hours 30 minutes. Escorted by Captain Ivan Shigaki of the Ka’iwi Channel Swimmers Association, the women stepped offshore of Molokai Island at 9 pm on Saturday and fought winds to finish on Sandy Beach on Oahu at 2:30 pm on Sunday.

Linda Kaiser of the Ka’iwi Channel Swimmers Association reports, “With approaching high winds and big surf, Saturday’s crossing was the only window available in the time the ladies had here in Hawaii. They faced gnarly conditions at night, but then the winds calmed at sunrise. Over the last two hours, conditions were brutal [again] with the winds picking up. They caught a good current on the rising tide into Sandy Beach where a lifeguard kindly escorted them through the crashing surf.

They were escorted by Captain Shigaki with another captain, 2 paddlers and 3 feeders onboard. It was a tough crossing for the crew as well. They got some jellyfish stings, but nothing else was seen. They used the E-Shark Force anklets [an Electronic Shark Defense System] during their crossing. Our association is proud to provide these anklets free of charge to our swimmers
.”