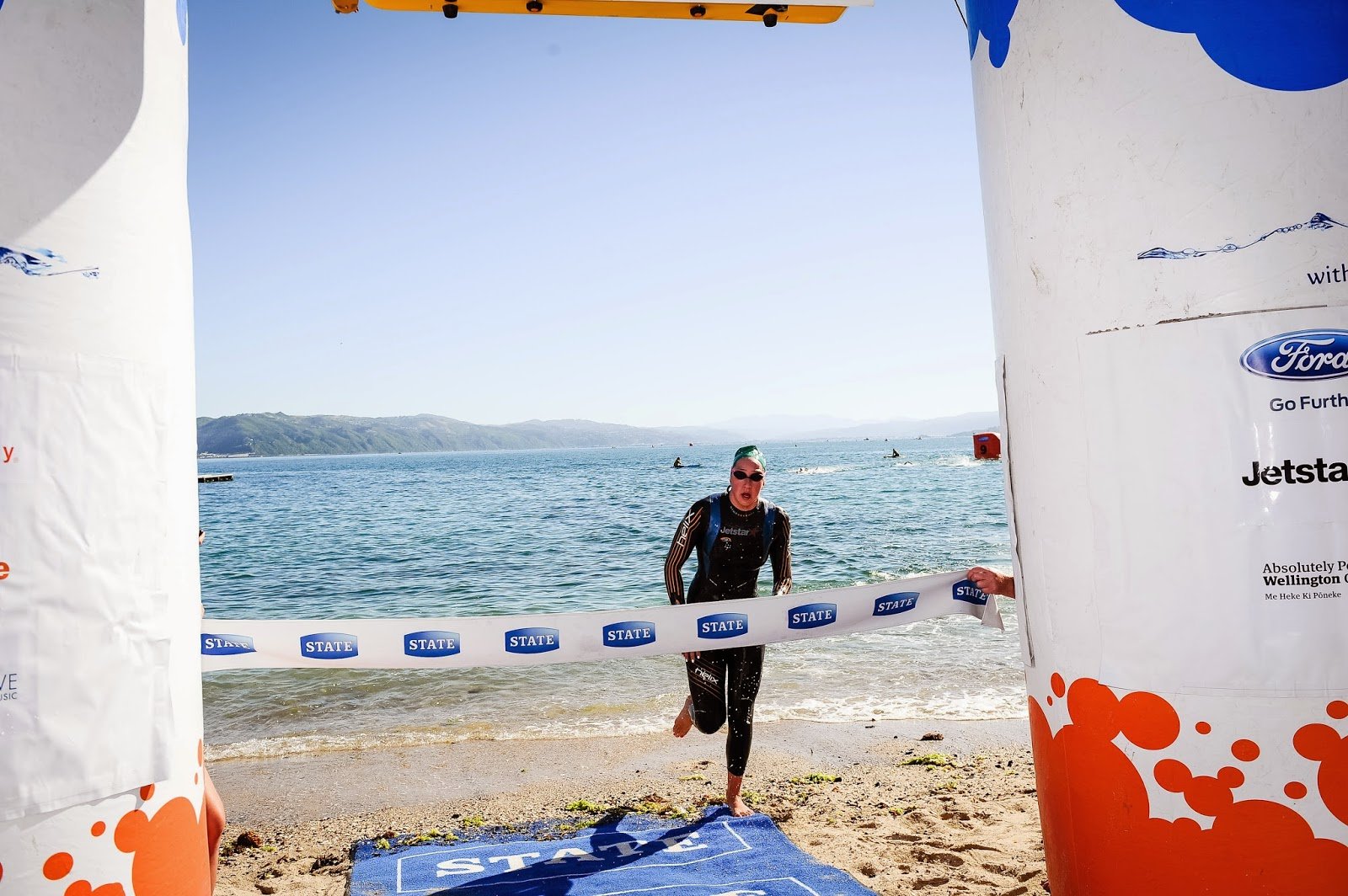 2014 Commonwealth Games rivals Emma Robinson of New Zealand and Laura Crockart of Australia were stroke-for-stroke for much of the 3.3 km State Capital Classic in Wellington, New Zealand. But the 20-year-old Aussie edged into a body-length advantage as she rounded the iconic Pt Jerningham Lighthouse at the 2 km mark.

But Crockart made a tactical decision that eliminated her lead over the final 1.3 km. She chose a line close to the shoreline for the race home. That gave Robinson an advantage with the Wellingtonian using her local knowledge to take a line further out to sea. The local knowledge helped her race home 45 seconds ahead of the visiting Australian.

Robinson says she knew she had it won when she saw Crockart’s line. “I live here and train here so I knew it was a big help when they turned that lighthouse and went straight in – that wasn’t the line to take.”

Despite taking the wrong line, Crockart easily held on for second, with Kiwi Abi Chapman nearly three minutes further back in third.

The State Ocean Swim Series now heads to Akaroa next month, for race four of the six-race series.