Looking For A Few Good Men And Women 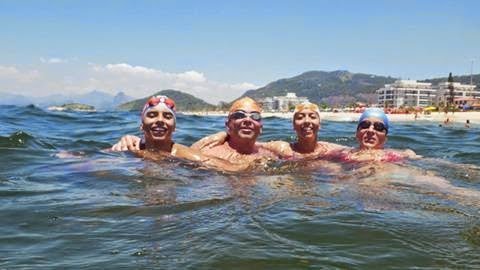 It is not often that excellent amateur swimmers or fast masters swimmers can race head-to-head against professionals.

But the 20.5 km BCT Gdynia Marathon Swim is looking for experienced and proven amateurs to test themselves against the following professional swimmers:

The window of the leading Poland professional marathon race in the Baltic Sea from Hel to Gdynia is between August 1st and 3rd. “We changed the date of both races because of more stable atmospheric and water conditions prevailing in the middle of summer. Thanks to this, we minimize the probability of cancelling our competition which is always possible while holding open water event.” explained Dagmara Łuczka, spokesperson for BCT Gdynia Marathon. “Once again we invited every top open water swimmer to compete in the marathon. We’re intent on keeping standards, but we don’t limit ourselves only to the pro swimmers, so we encourage everyone, who sees his chance to cover this distance, to apply. Every application will be examined.” 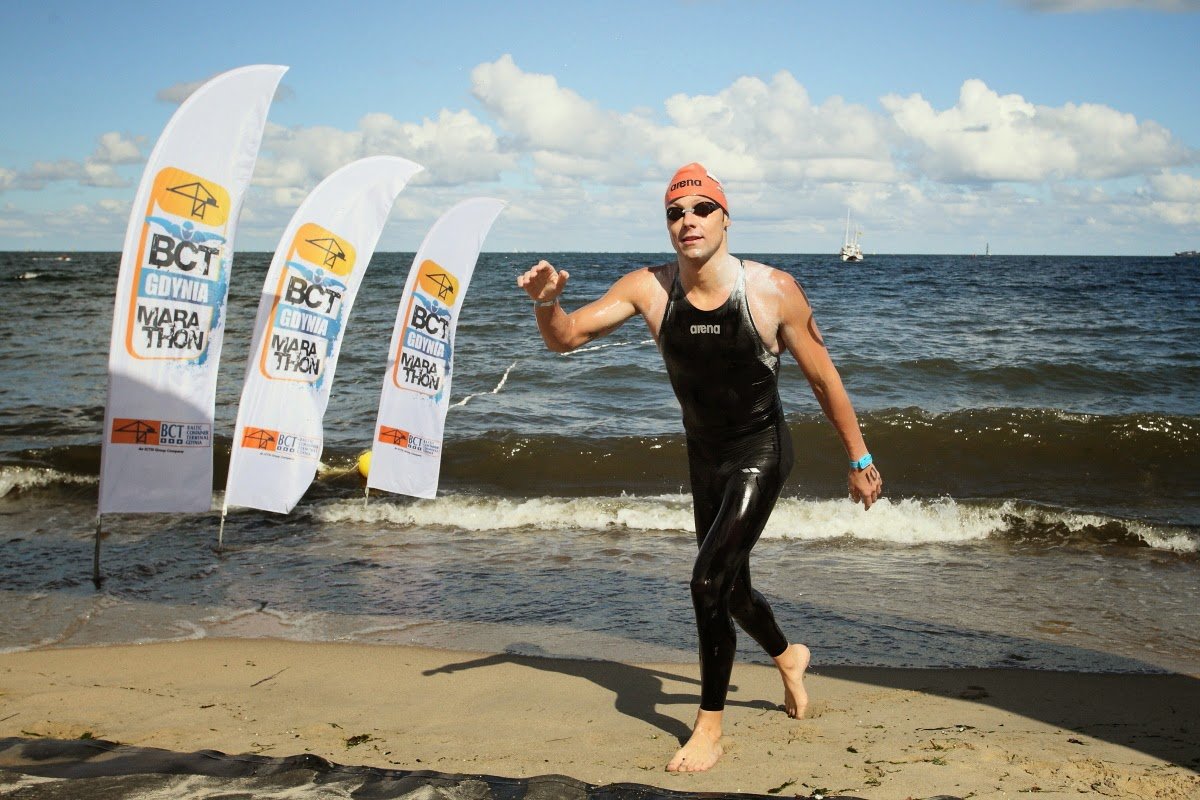 The city of Gdynia will host its annual swimming competition, building upon its tradition of marathons held during the 1970s on the Hel-Gdynia route. “We’re proud to say that despite of an extraordinary total prize pool which amounts to US$29,000, our competition has become a well-known brand which attracts world-class swimmers,” said Paulina Olczyk, one of the event organizers. “Out of our concern for safety of our swimmers and after precise analyzing the depth of every particular area of the Bay of Puck, we decided to lengthen the original Hel-Gdynia course of 19.5 km. This change increases the course distance to 20.5 kilometers. Anyone can apply, but only 15 swimmers can participate in the marathon. We provide accommodation including breakfast between July 31st and August 4th of August 2014. There’s no entrance fee for this race.” 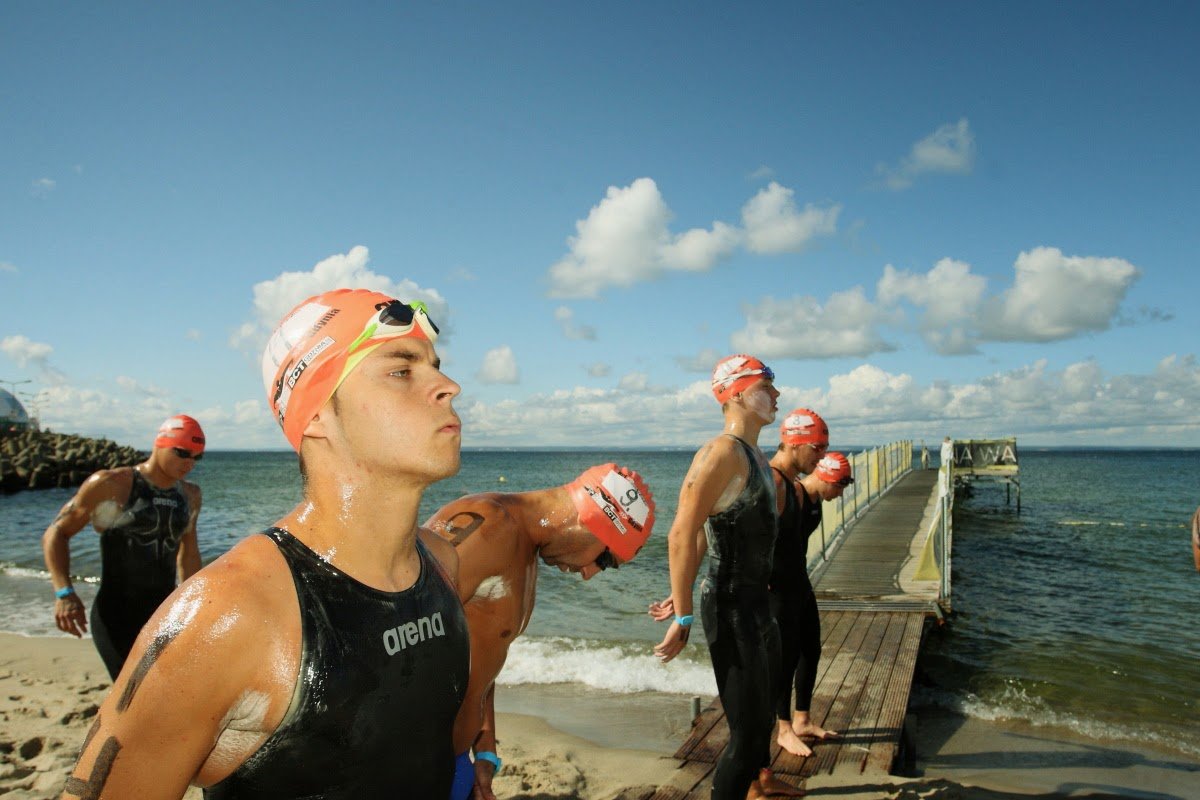 To apply for one of the open 8 spots, contact Paulina Olczyk (Paulina Olczyk) in the Competitors Section of the BCT Gdynia Marathon here at www.bctgdyniamarathon.pl. The deadline for applications is June 27th.

There is also an open 2.95 km race and a 4x200m relay on August 3rd. Registration is here (50 PLN or approximately US$15). For more information on the open races, contact Mikołaj Nałęcz-Nieniewski or visit BCT Gdynia Marathon on Facebook here. 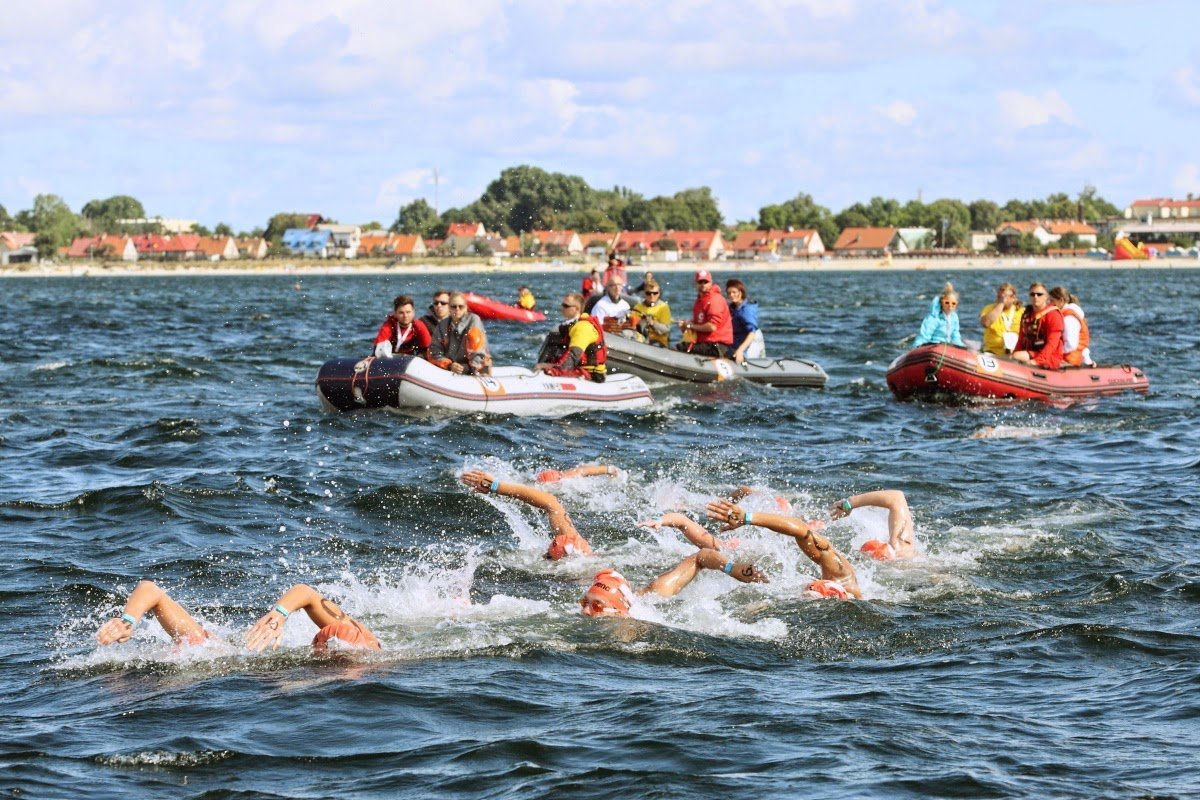 The event is sponsored by BCT – Baltic Container Terminal. Established in 1979, Baltic Container Terminal has its headquarters at the Port of Gdynia and is one of the most largest container terminals in the Baltic Sea. Since 2003, it has been part of the Philippines-based ICTSI Group, a global container terminal operator. As a company inseparably associated with Gdynia, BCT is involved in special events that go beyond its commercial activities. In 2011, BCT co-organised the Civic Container of Culture where, in a container transformed into an art gallery, they collected signatures in favour of the ‘Pact for Culture’. Since 2011, Baltic Container Terminal has been a partner of the ShipCup boat race and the main sponsor of the swimming marathon in the Gulf of Puck.