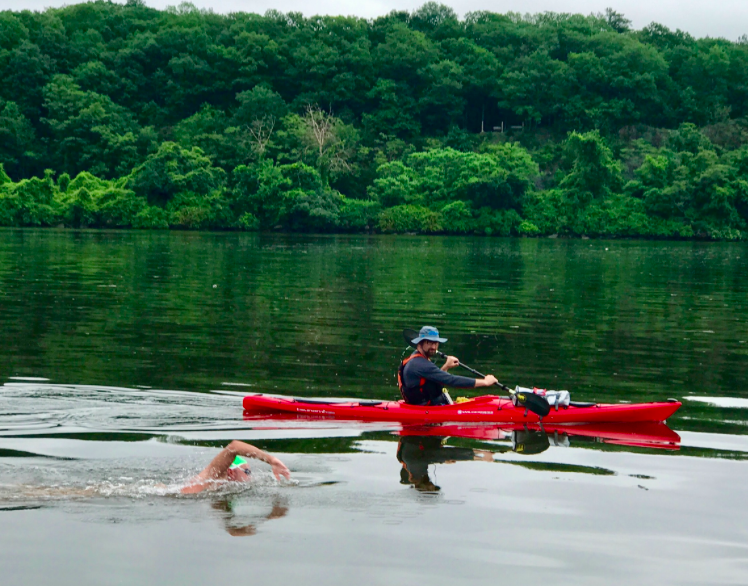 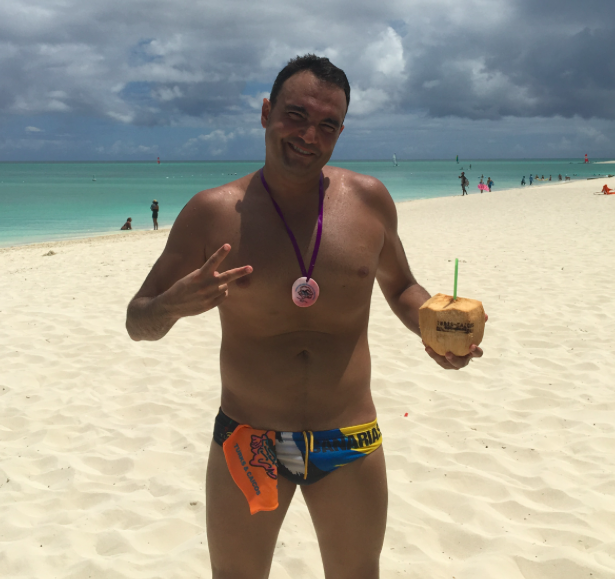 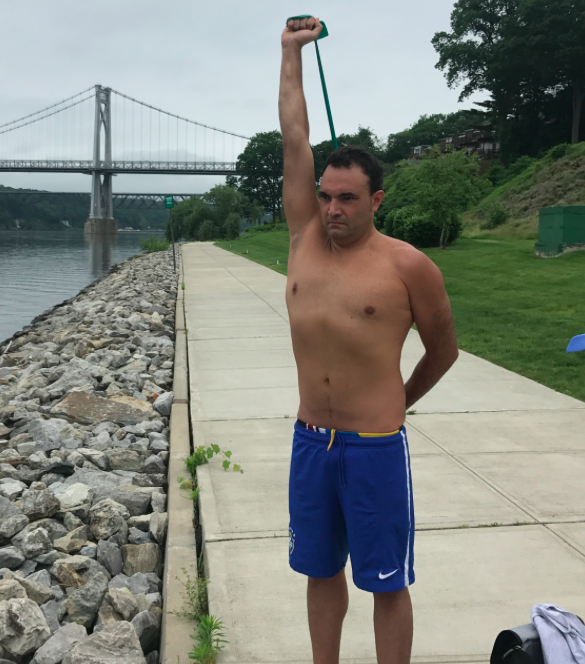 Diego López is an open water swimmer from the tropical Canary Islands in Spain. As a young, pool swimmer, he competed in the Spanish Nationals (during high school) and in the British Nationals (during college), mainly focusing on the distance pool events including the 200 butterfly, 400 IM and 1500m freestyle.

“I tried open water swims back in the Canary Islands, but it wasn’t until I moved for work to Hong Kong in 2011 that I started loving the sport,” said López who started to compete in the Sheko Challenge and the Clean Half Extreme Marathon Swim.

“After Hong Kong, I spent a year living in Brazil where I completed the Rei e Rainha do Mar Desafio, and three years living in the United Arab Emirates, completing a number of events including the Wild Wadi Swim.”

When López moved to New York City in 2016, the 35-year-old Spaniard quickly started thinking of bigger goals. “I targeted the 20 Bridges Manhattan Island Swim and developed a detailed program to train for it.”

He trains in the pool with the Bearcat Masters up to six times and 30,000m a week. “In addition, and due to the cold temperatures of the water in New York, I have traveled to different parts of the Caribbean Sea to take part in races once per month.”

He won the 10 km Swim for Haiti and the 4 km Turks & Caicos Race for the Conch, and was second in his age group in the inter-island Nevis to St. Kitts Cross Channel Swim, the 11.2 km Swim Around Lido Key in Florida, and the 10 km El Cruce from Cancun to Isla Mujeres in Mexico. Back in New York, he won the 5 km 2 Bridges Swim and placed second in the 21.2 km Stage 3 of the 8 Bridges Hudson River Swim.

López will become the 11th Spaniard and 1st Canary Island swimmer to attempt the circumnavigation of Manhattan Island this August 19th. “I am a big advocate of the ocean and am fundraising for the Ocean Recovery Alliance, an organization that fights to reduce the amount of plastic waste in our oceans, rivers and lakes.

After Manhattan, I am ready to undertake bigger and more challenging goals
.”