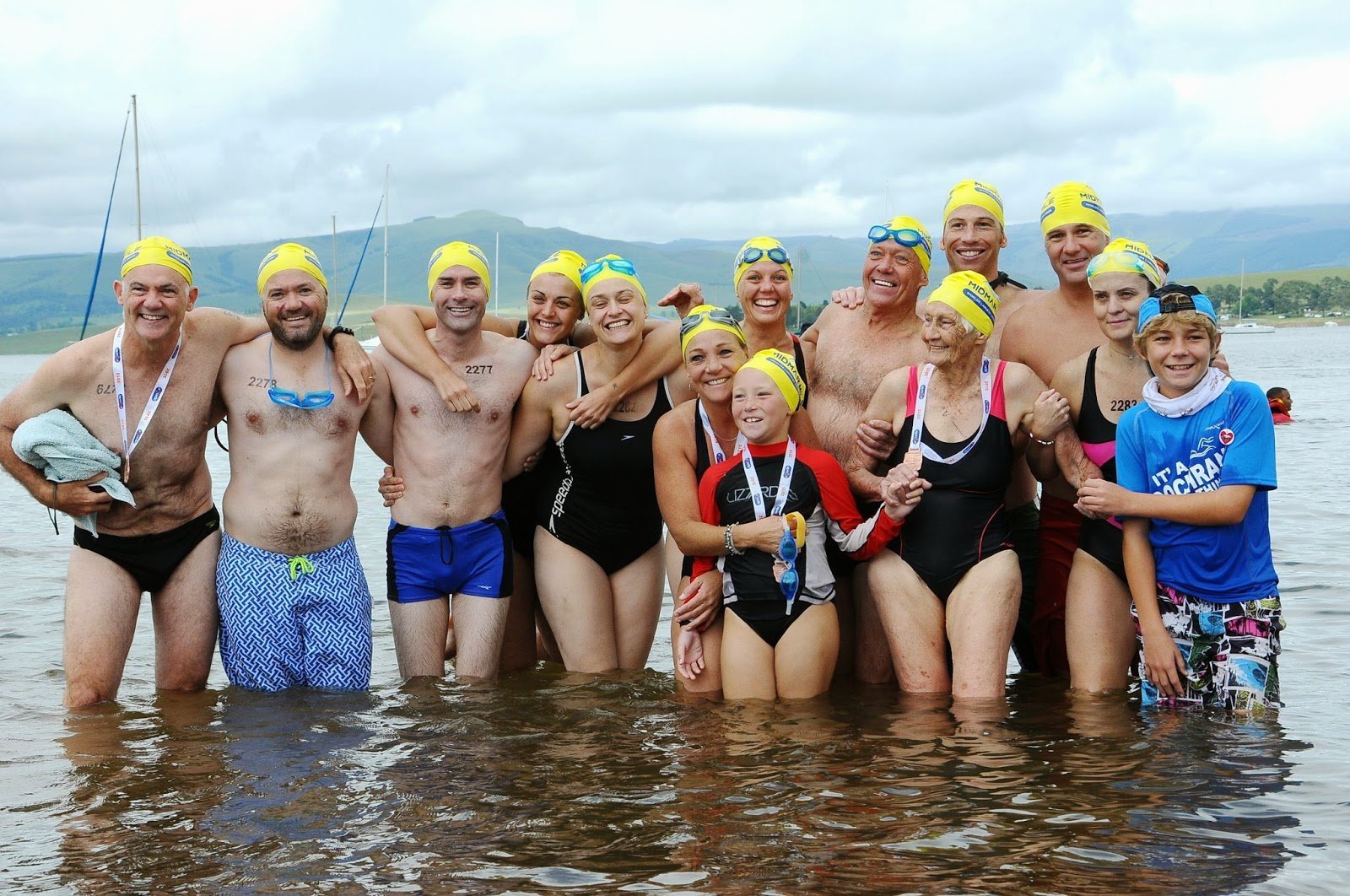 92-year-old Lorna Cochran extended her unprecedented record as the oldest finisher of the annual aQuellé Midmar Mile in Pietermaritzburg, South Africa with her 17th crossing of the Midmar Dam.

But all good things must end. Cochran confirmed that she will now retire from competitive open water swimming.

Surrounded by 11 members of the remarkable Cochran clan that span four generations, Cochran made her way across Midmar Dam for what was her last time and emerged from the water to the delight, respect and applause from the large crowd.

“I wasn’t sure if I was going to make it this year and I’m very tired and very cold, but I’m thrilled to have done it. It was so special to have my family with me every step of the way, especially my great granddaughter.

“This all started off as a bit of a joke really and it’s just grown over time,” added Cochran’s son Neil. “To have four generations competing together in the same swim here today really was special.“

Five of Cochran’s 7 children, many of her 25 grandchildren and 8-year-old Jessie-Clare Goodhall – one of 28 great-grandchildren – were in attendance and proudly sporting their ‘Team Gran’ gear with the message of ‘The water doesn’t know how old’.

“I’m extremely grateful for everything my family has done for and for making this possible. Family togetherness is so important and I’m just so grateful that our family is so close and do these sorts of things together,” said the matriarch of the clan. “It got quite cold out there today; when you spend that length of time in the water then you really start to feel the chill towards the end and it was very special having my family around me to help me through that.”

But Cochran said that her 2015 finish will mark the end of an era. “I think that’s enough now, it’s time to say goodbye to the Midmar Mile now. I would really like to thank everybody. I have received so much support from everyone which has really meant a lot to me.”