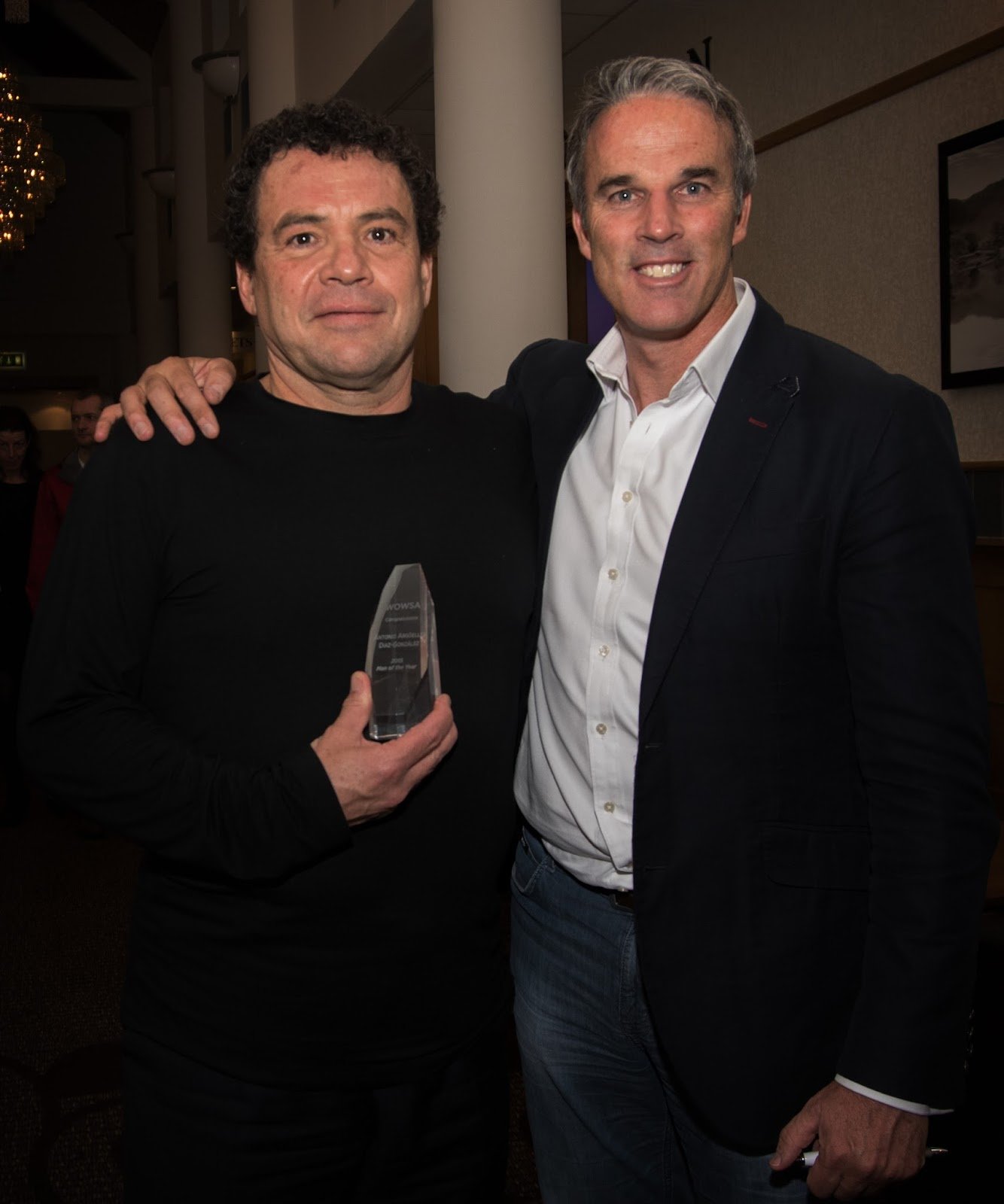 Low Wood Bay Resort Hotel & Marina on the shores of Windermere, England was the host venue for the World Open Water Swimming Association (WOWSA) Awards, presented in partnership with Chillswim.

United Nations Patron of the Oceans Lewis Pugh was the guest of honor at the WOWSA Awards dinner who also presented awards to Antonio Argüelles of Mexico [shown above] and all the recipients.

Windermere is one of the most beautiful places on the planet to take an open water dip, so it was fitting that WOWSA decided to hold its award ceremony here on the shoreline. The awards dinner participants enjoyed an excellent evening of fine dining and a celebration of open water swimming achievement. We were thrilled to be involved and to host the awards
.” 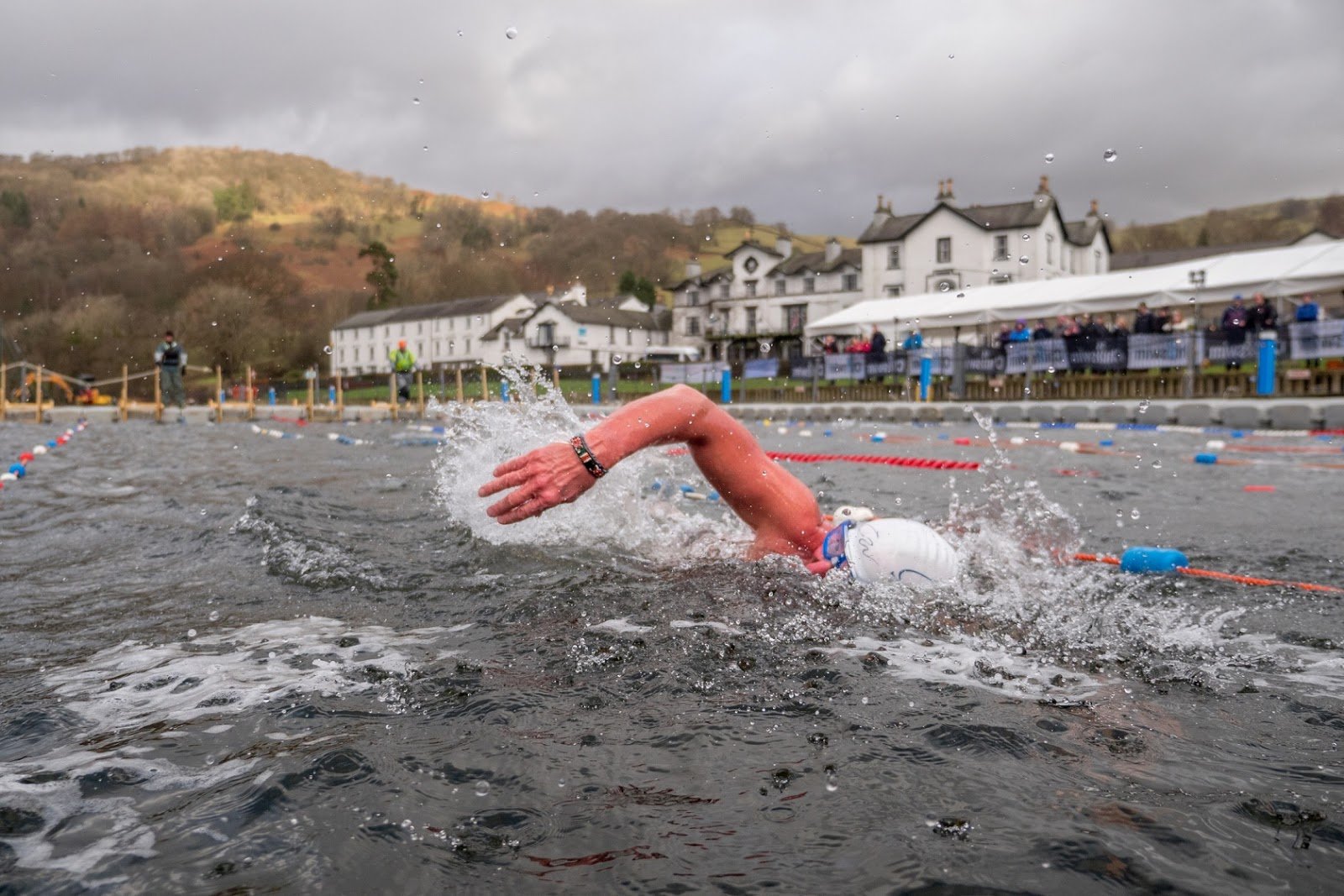 With its confirmation as an official 2016 World Cup fixture, the Big Chill Swim 2016 at Low Wood Bay attracted 1,000 swimmers. Colin Hill was pleased the two events went off despite the threat of bad weather. “It’s a real feather in the cap for the Lake District to play host to these prestigious awards for the first time and it was absorbing to hear some really inspirational words from Lewis Pugh. The swimming races went well too and the professional athletes were very impressed at the quality of the event and the competition.”

The WOWSA award recipients were as follows: 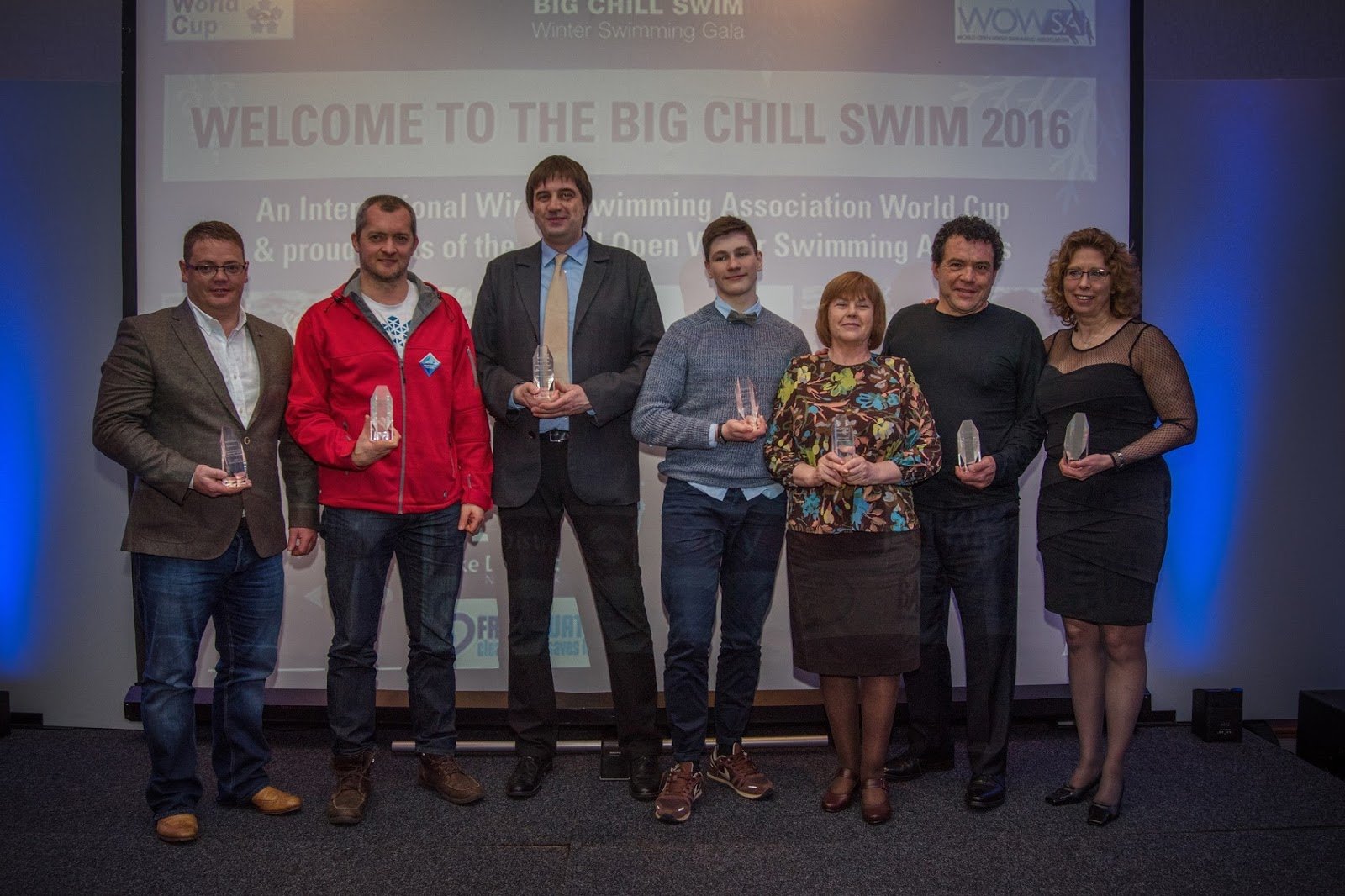