Luci Can Help Across The Tsugaru Channel 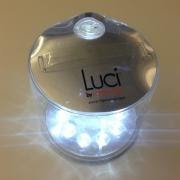 With the Tsugaru Channel swimming season ready to kick-off with Triple Crown swimmer Brad McVetta‘s attempt this coming week, there is always a need to keep channel swimmers illuminated during the dark and nighttime hours. 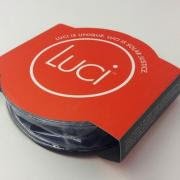 Manufactured by MPOWERD and at 113 grams, the lightweight, waterproof Luci can be used by kayakers and paddlers or dragged along by the swimmer, especially towards the end of the swim when it is dark and the swimmer must crawl up a rocky ledge, manage a rocky coast, or navigate between fishing nets, reefs, and outcroppings.

Drag it along and be safe(r).

A floating Luci can help illuminate the way so cuts and bruises can possibly be avoided at the very end of a channel swim, especially on the coastline of Hokkaido where rocks, nets and rough water stand ready to greet the tired swimmers. Nearly all of the Tsugaru Channel swimmers begin just before day break in the dark and end after sunset where there is either low visibility or none at all without artificial illumination.

It is highly visible at night, especially out in a dark sea, lake, or ocean. It also folds up nicely and compactly in a swim bag before a channel attempt. Even if it is submerged by a large wave or wake of a boat, it can be sink up to 1 meter in water and still function. Without a doubt, it is one incredibly useful piece of new equipment that these swimmers attempting the Tsugaru Channel in the 2013 season can easily use: