Luka Gabrilo & The Israelis, Onwards Towards The Olympics 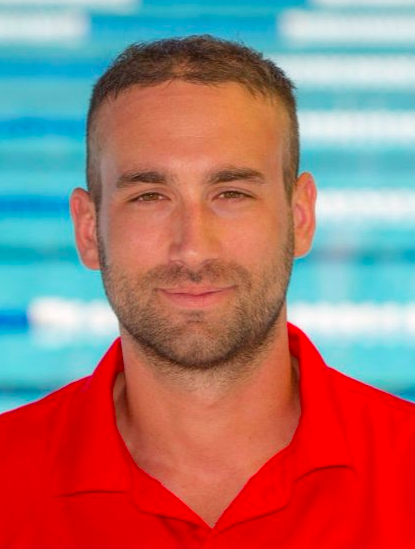 Courtesy of Yaniv Cohen and FINA.

“When Eva Fabian, a world champion and a stalwart for the United States for a decade, began training in Israel, it was a hint,” observed Steven Munatones.

“I knew Eilat and the Israeli Swimming Association had long been hosting a number of elite international races in the Red Sea. Then the Israelis rolled the red carpet for the top swimmers at the FINA Open Water World Junior Swimming Championship this week.

There had to be big plans in the works. Things were happening very quickly and very ambitiously.”

FINA reported that the Israel Swimming Association’s goal is to win an Olympic 10 km marathon swimming medal at the 2024 Paris Olympic Games.*

Luka Gabrilo, orginally from Switzerland, is now the Israeli national team coach in 2017. He was encouraged to take the Israelis to the next level by one of the most successful Olympic swimming coaches in history, American David Marsh who has coached 49 Olympians from 19 different countries including athletes who won a total of 8 medals at the 2016 Rio Olympics.

“David Marsh suggested me to take on the position when I lived and worked in the USA with him. Seeing the potential and the organization here in Israel, I decided to take this opportunity and I think this was the right choice. I can already appreciate the progress and it is a very interesting journey. The country is dramatically developing in terms of sport and it is great to feel part of this process.

I started to get involved a bit more with the open water team this year only. I am the head of the national center where the team is training and I am also the head coach of the Association. This year we really understood that we need to have more synergy between our swimming and open water swimming teams because they need more technical training and training in the traditional pool as well. And at the same time, the traditional swimming pool swimmers have to understand that there is a huge opportunity for them to branch off to open water swimming. This is definitely one of my goals this year, to bring more athletes into open water. This is going to be the biggest task.

At the moment we have maybe six swimmers who are specialized in open water, but I want to increase the interest for this discipline because we have some amazing kids and a very successful season behind us. I am particularly targeting the girls with special projects tailored towards them. The sport culture in Israel in general has to improve.

We want to bring open water in Israel and really create awareness around this discipline. The competition in Eilat is a testimony of these efforts. There are already plenty of amateur open water competitions across the country but we need to centralise and professionalise all of this

Gabrilo spoke about the performances of the young Israeli swimmers at the World Championships, “Our boy Orr Horev Levy did really well, 4th in the 5 km, which was impressive. I only saw him swimming twice so when I heard he was fourth I was really impressed. It was an amazing surprise and very encouraging. Of course, the conditions in Eilat are perfect, no waves, flat and warm water.

The two boys swimming the 10 km, Ido Gal and Yonatan Sharon Rosin, are pretty good too. But the competition calendar has been packed this season and as you know in swimming you have to train every day so it makes the logistic very complex
.”

* Israel has had only one athlete to date who qualified for the Olympic 10 km marathon swim finals – Daniel Katzir in 2008 – but the Israeli Swimming Association did not accept his qualification and his spot in the Olympic finals was taken by Igor Chervynskiy of the Ukraine.