Lynn Blouin Gave Decades Of Leadership In The Sport 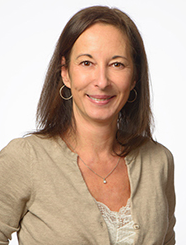 Lynn Blouin Gave Decades Of Leadership In The Sport

Lynn Blouin has stepped down from her many years of volunteering as a voting member of the International Marathon Swimming Hall of Fame.

An Honor Administrator in the International Marathon Swimming Hall of Fame and the 2005 recipient of the Irving Davids-Captain Roger Wheeler Memorial Award started her marathon swimming administration working as a staff person for the 42 km Traversée Internationale du lac Memphrémagog in Quebec, Canada and eventually rose to the position of President and Race Director.

Blouin was the Deputy CEO for Communications and Human resources of Canada Summer Games held in Sherbrooke in 2014. She started her career as a journalist before working in politics with elected members of the provincial legislature. For 21 years, she acted as political counsellor and chief of staff in different cabinets such as the Treasury Board, Finances, and Tourism.

Outside of her work in politics, she volunteered with the Traversée Internationale du lac Memphrémagog. Over 18 years, she took on various responsibilities in marketing, communications, and culture before presiding over the organisation for 4 years. From 1998 to 2004, she acted as General Manager for the International Marathon Swimming Association and consulted with swims in the United States, Argentina, and Egypt.

Ned Denison praised her work over the decades, “Her contributions in Quebec and with the International Marathon Swimming Association helped boost the sport to enable the recent explosions of growth to take place.”

Blouin said, “It has always been a pleasure and an honor for me to be part of such a selected group. Open water swimming has been a great part of my life. My thousands and thousands of hours of volunteer work have opened doors to very exclusive experiences and exquisite friendships that last to this day.

I have renewed contact last summer with Paul Asmuth. Paul and Marylin will be back in a few weeks in Magog for an official French book signing which should be my last official volunteer duty.

All will always have a very special place in my heart.”