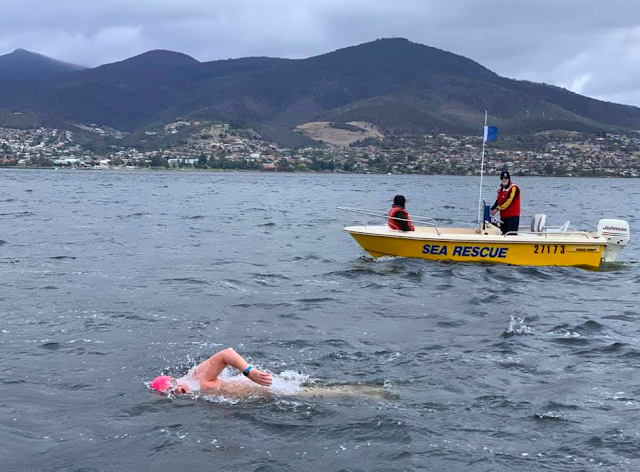 Sea Bull, as he is known, became the first person to complete the Australian Triple Crown.

In addition to his 11 hour 10 minute Derwent River Big Swim, he also completed the 25 km Port to Pub Ultra Marathon from Fremantle to Rottnest in Western Australia (in 2017 in 9 hours 46 minutes finishing 18th) and the 27 km Palm Beach to Shelley Beach Marathon Swim in New South Wales, finishing 7th in 8 hours 23 minutes.

After this Australian Triple Crown and his earlier Oceans Seven achievements, Mortensen is now training for his next swim: an Ice Mile in the North Pole in May.