Magnificent Support Across The English Channel 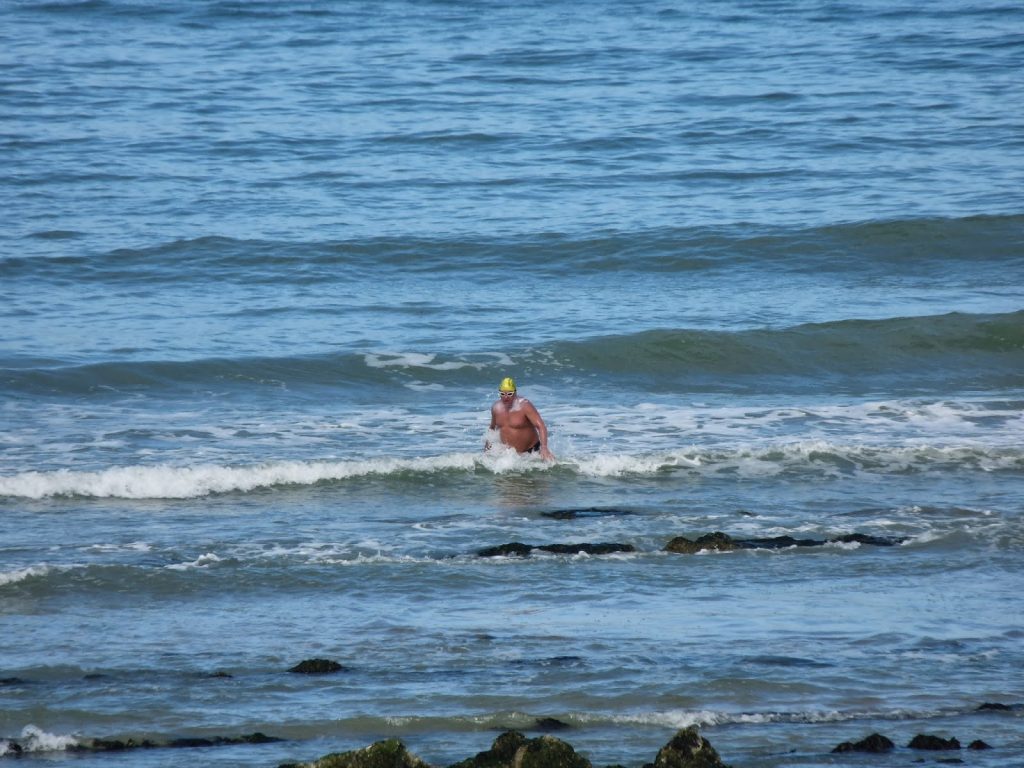 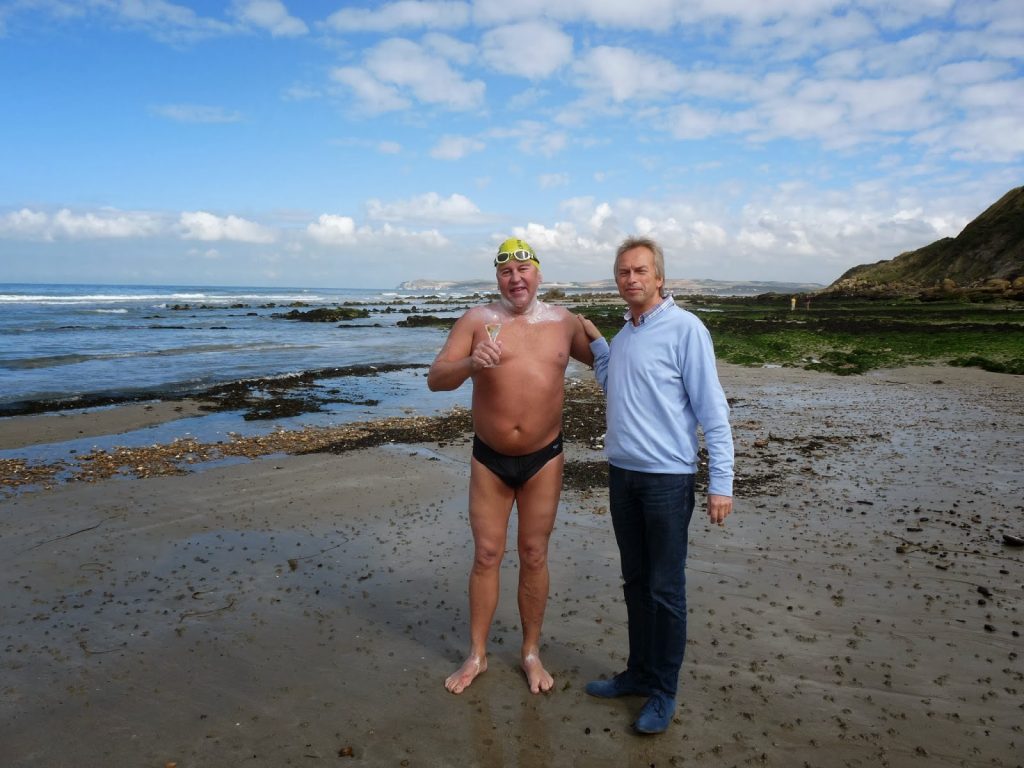 As the Brighton Iceberger Nick Owen was swimming into shore at the end of his 11 hour 36 minute English Channel crossing, the owner of La Sirene restaurant near the lighthouse at Cap Gris Nez came down as he saw the Australian approach the shore. “The first thing he did upon exciting the water was to have a glass of French Champagne; it was a magnificent way to finish the English Channel.

I’m very happy with the time considering the tides and conditions.
“

Under the helm of Peter Reed, his wife Libby, Garrick Higgins, Dr. Melinda Kemp, and Dr. Jeff Fine joined the 50-year-old Australian on board Rowena. “It just so happened that Peter decided we had to roll the dice on September 12th as the weather had been problematic and the forecasts was not good. Whilst it wasn’t the best tide in this neap, the decision was made to go. Melinda arrived at Dover train station at 12.20am and we drove down to Folkestone harbour to board Rowena and start our journey down to Sapphire Hoe for the start of the swim. It meant for all of us, not much sleep, but the adrenaline kicks in and away you go.

I was very lucky to have the other Icebergers to talk to. There about 15 of us who have made the swim. Mentally I was pretty good during the swim. I had done enough training — 35-45 kilometers a week over the past year — so I felt pretty comfortable
.”

His motivation for crossing the Channel was two-fold. “The motivation comes from being surrounded at the Brighton Icebergers by so many swimmers who have previously swam the English Channel and many other marathon swims around the world. Maybe also turning 50 last year provided some motivation. Only after I committed to the swim did I realize that the Half Century Club existed. As it turned out, a swim under 12 hours was the most realistic target, and I am extremely satisfied with the swim, especially given the conditions on the day.”

On the other side of the world far away from Dover, Owen enjoys a nurturing environment for what he faced in the Channel. “The Brighton Icebergers is a fantastic swimming environment. We all share a common love of open water swimming without wetsuits. This has meant swimmers from all walks of life are members, and we are all members of the Royal Brighton Yacht Club. The yachties think we are mad, but they make us very welcome. The facilities for cold water swimming are second to none. We have over 100 members, who all swim regularly during the year. Our swim in the dark cold rough Port Phillip Bay in Melbourne was great acclimisation for the English Channel. We also have a number of swim courses around the marina. The channel marking poles make for a lot of variety for training. The courses all have names, like the No Brainer for a 1.4 km swim, or the Big Course for a 2.1 km swim, or the Super Course at 2.4 km.

During the first winter season you swim can sometimes make or break the new swimmers, but generally once a person has done one winter, they are hooked for life. The Icebergers community provided enormous support for me during my training: either paddling alongside me for safety or swimming some of the laps to keep me company. Amazing
.”