Mainstone Is King Of The Bay And Series 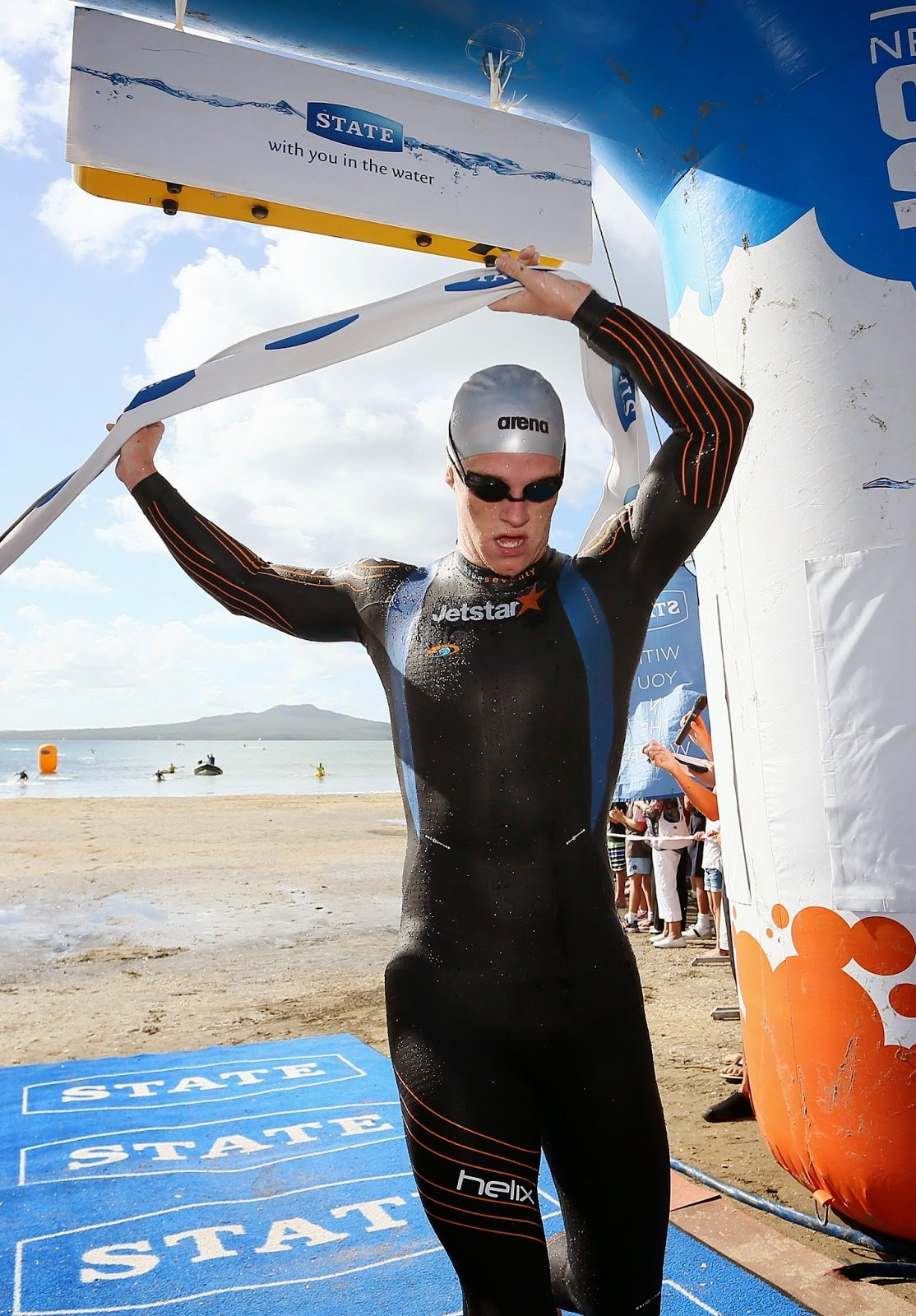 Australian Rhys Mainstone and Melissa Gorman has 10,000 reasons to be happy today as he won the season-ending State King of the Bays event and the overall title of the State New Zealand Ocean Swim Series on Auckland’s North Shore today.

Mainstone won the 2.8 km swim from Milford Beach to Takapuna Beach to take home a $10,000 cash prize. Mainstone’s win was especially impressive, given the quality of the field, which included other race winners this season Rotorua’s Kane Radford and Gold Coast’s George O’Brien, and two former King of the Bays champions Dylan Dunlop-Barrett and Steven Kent.

After a slow start, Mainstone made a move at the 1 km mark together with Kane Radford and Dylan Dunlop-Barrett. But Mainstone, as he’s done in his two previous wins in the series at Akaroa and Mt Maunganui, shifted into a higher gear at the 1500m mark and simply swam away. He finished well clear to win by 15 seconds, ahead of a fast finishing George O’Brien, who overhauled Dunlop-Barrett and Radford, for second.

“It was a really horrible start for me, and when the hooter went off I wasn’t really prepared for it, but I didn’t panic and took my time to get into the race, and that ended up working pretty well,” Mainstone said. “Winning today and the $10,000 prize for the series here is huge for me. It makes it a lot easier for me heading into the Pan Pacific Championships later in the year. It’s going to enable me to totally focus on swimming.”