Mainstone Rhys To The Occasion In Lac Mégantic 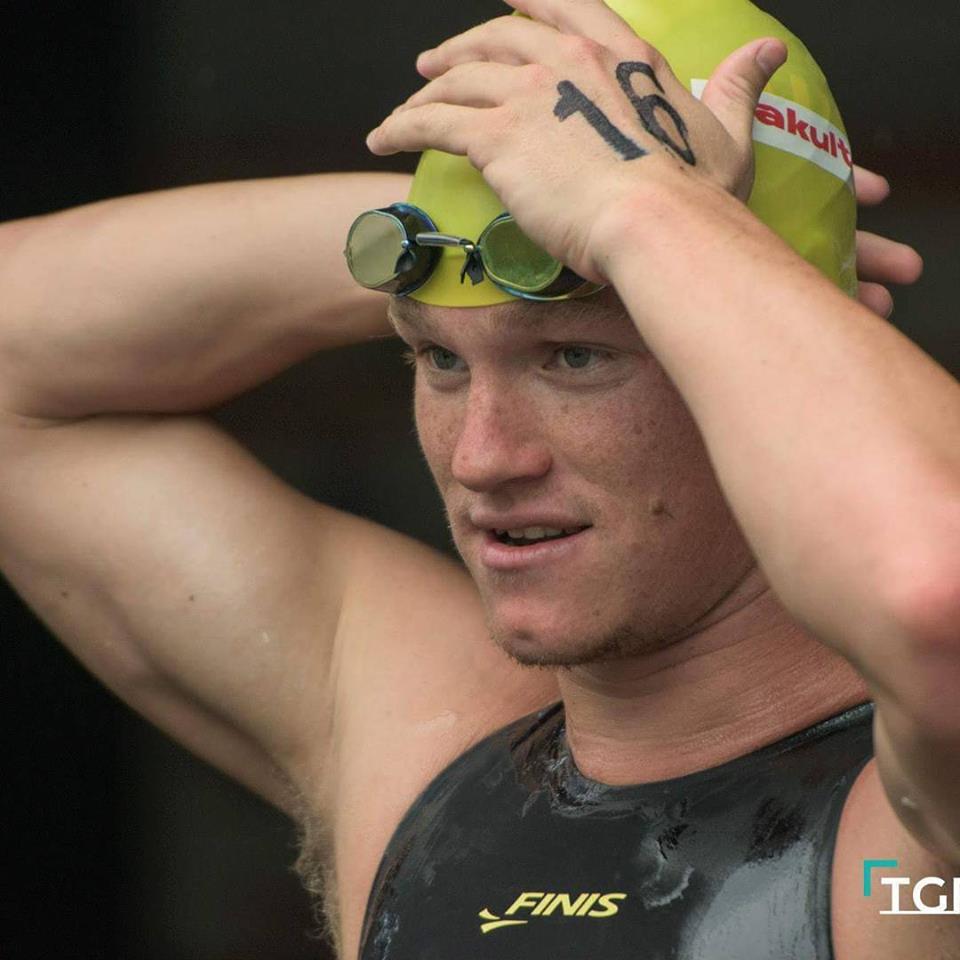 The Traversée in lac Mégantic is the only 10 km point-to-point race on the FINA/HOSA 10K Marathon Swimming World Cup.

Mainstone wrote, “I am really happy and excited to win my last race on the [FINA World Cup] tour. It’s been a very busy period for me. Thanks to friends, family and my sponsors for backing me on this journey. Time to come back to Australia.”

24-year-old Philippe Guertin of St-Hubert was part of a pack that overtook then-race leader, 2012 London Olympics bronze medalist and fellow Canadian Richard Weinberger. He eventually finished fifth in a tight pack that was separated first through eighth by just 3.5 seconds.

“I felt my last 100 meters was my strongest,” said Guertin who swam parts of this season with a broken hand. “I’m happy with that result, especially with Richard in the field. I know he’s a tough test and an incredible athlete.”

With his broken hand, Guertin admitted, “The pain was incredible. It was good to continue to finish the season strong and keep it up. I never quit. I don’t believe in it.”

25-year-old Weinberger also now believes in something as a result of swimming across lac Mégantic. He led for a good portion of the race before he was overtaken by several swimmers, boxed out and swam over at the end. From the lead to finishing in seventh, he knows he could have done better. “It was my first straight shot [race]. I am very frustrated. I still have energy left. I was beaten by a few swimmers I’m sure I can beat, but it was a learning experience to do the straight race for the first time. I’m happy in that way; that I got to experience that.”

But with his sights on the 10K Olympic marathon swim in July 2016 in Copacabana Beach, Rio de Janeiro, Weinberger is hungry for more 10 km races. “No one will beat me anymore. I will put the hammer down and make sure I don’t get overtaken again. At 50 meters to the end, no mercy. [I’m racing] for Canada. I don’t care who it is or what it is, I’ll drown before I let anyone else pass me.

At about 7.5 km, I made a judgement call and I second-guessed my training. I could have powered through and led to the finish, but I held back, thinking it was too early. It was the wrong call.”

But the two-time Olympian was impressed with his Canadian teammate Guertin who also passed him in the final stretch. “It’s nice to see some younger swimmers come up to this level and compete. He’s getting up there in the national ranks, and internationally as well. His race earlier this year in Mexico with the broken hand was something else. He’s a competitor.”