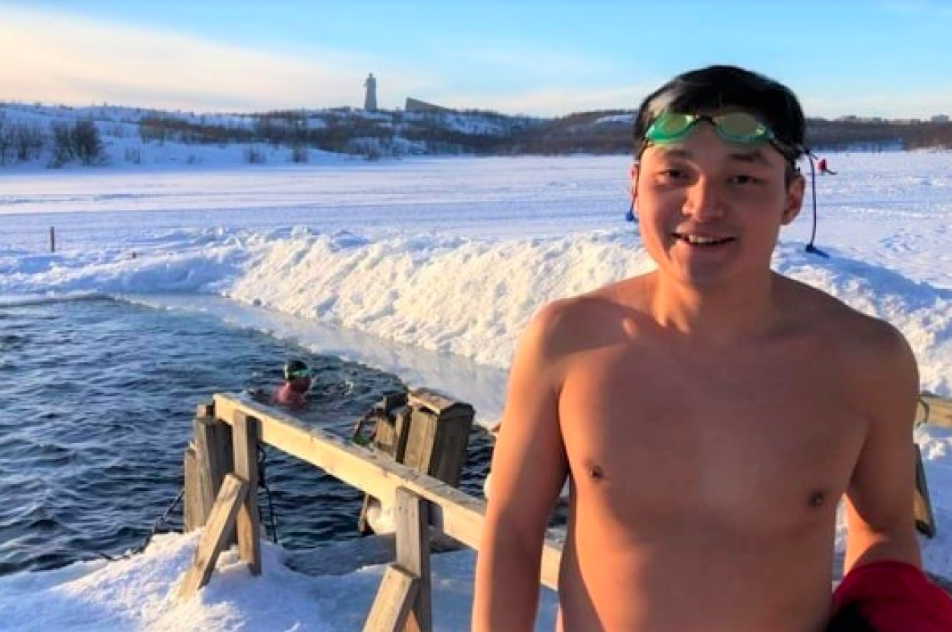 Dr. Mak Chun-kong got in and out of the ice water at the 3rd International Ice Swimming Association World Championship held in Murmansk, Russia this past March.

Hong Kong is not suited for training for ice swimming, but Chun-long lives in the Czech Republic where he competes regularly in ice swimming because of the dopamine rush he gets from swimming in freezing water temperatures. In Murmansk‘s 0.2°C water, this training was critical for a very atypical ice swimmer.

“It is understandable that they say I’m strange,” told Mak to the South China Morning Post who earned his Ph.D. in chemistry from the University of Munster in Germany. “Not everyone wants to take on this kind of swimming challenge since not everyone loves swimming. And not everyone loves challenges. It is just me and my life philosophy.”

His acclimatization to the cold took time and patience. He explains, “The first time I went, I screamed and finished after one minute. But then next time, three minutes, five minutes, seven minutes. Then, on February 10th [this year], I completed an Ice Mile [in the Vltava River in Prague, Czech Republic in 3.47°C water] in 31:24.”

Of course, some folks think that I like punishment or simply enjoy the pain. I admit that not everyone would like the coldness of it. At the beginning, I enjoy the dopamine rush after a swim. It was a natural drug to make me happy. Mainly, I want to prove that we have too many mental boundaries on ourselves. We can’t achieve this and that because of what others have told us. Ice swimming is just an activity which allows me to express my life philosophy: knowing no limits.”