Making The Cut At The Winter Olympics 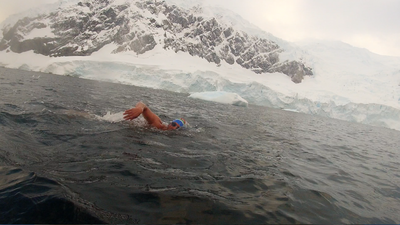 The sports in the Winter Olympics showcase much more risk and speed than the Summer Olympics.

In downhill skiing, snowboarding, luge, skeleton and bobsled events, speed is largely the name of the game with equipment that is enabling even greater speeds.

Risk is inherent in ski jumping and freestyle skiing like moguls, aerials, ski cross, superpipe, and slopestyle. And while the Summer Olympics has the high jump on the track, the Winter Olympics has REALLY high ski jumping events in the mountains.

The IOC added four new events to the 2018 Winter Olympics in Pyeongchang, South Korea: snowboard big air, mass starts in speedskating, mixed doubles in curling, and an alpine skiing team competition. The IOC based its decision on several criteria, including youth appeal, gender equality, and operational cost and complexity, according to the IOC’s statement.

At some point in the distant future, it is imaginable that the IOC might consider the addition of a 1 km ice swimming event in the Winter Olympics.

While speed may not be a relevant point in a 1 km ice swim near 0°C, the level of inherent risk, the beauty of swimming in snow-lined mountain lakes, the incredulity of swimming in near-freezing water without protection, gender equality, the low cost of preparing a venue, and the popularity of swimming in the Summer Olympics are among the elements that can make ice swimming a possibility for distant future IOC consideration.