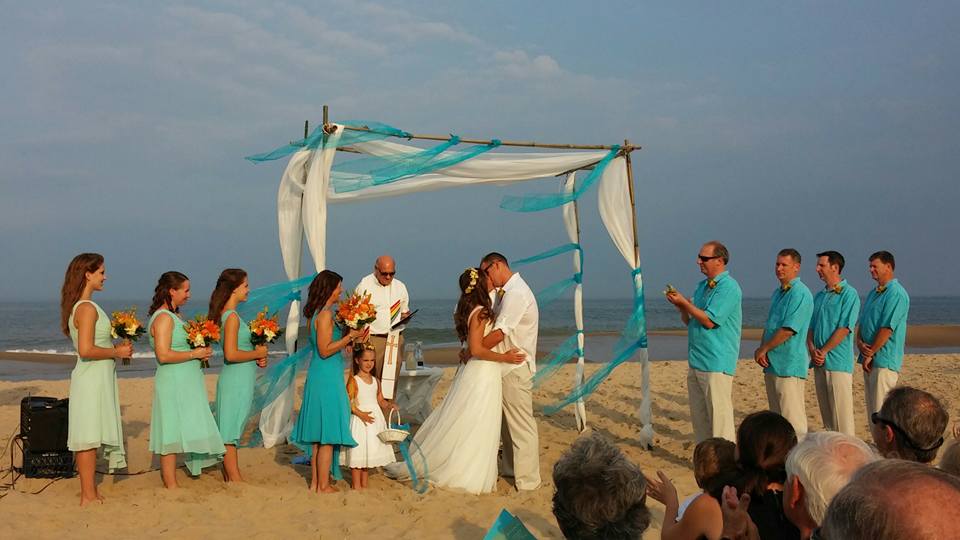 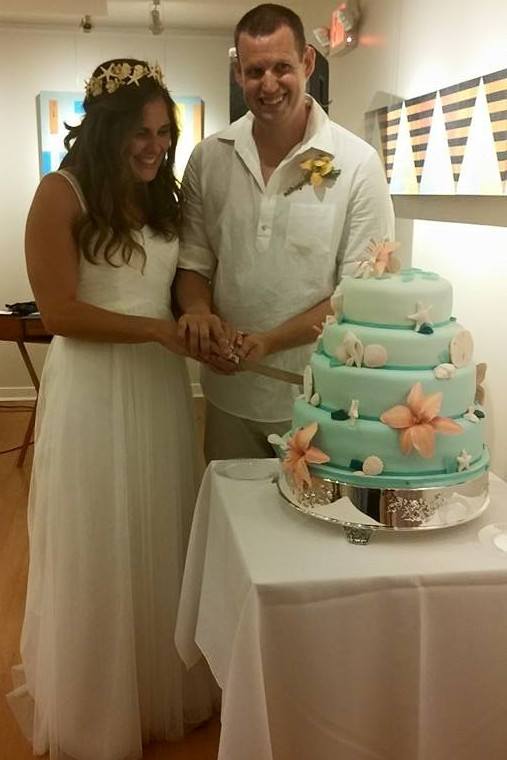 Lisa Hertz and Jason Malick do it all. The pair, once engaged both literally and figuratively, are all about the open water.

So when it came to their marriage, the pair naturally celebrated to a marine theme.

“Our wedding could not have been more perfect,” recalls Malick. “After the ceremony, we were blessed with the presence of a few dolphins. Although we wanted to ‘trash the dress’ and swim right away, we had an amazing reception at the Art League of Ocean City with a nautical theme throughout including a cake designed by Lanie-B-Cakes (owned by ice/marathon swimmer Lelané Rossouw-Bancroft). Lelané meticulously designed this cake with colors matching the bridal color scheme and fondant with various sea representations including edible sea glass, shells, and lillies. The lillies took 2 hours to make each and there were 7 in total.

We incorporated the ‘pouring of water’ into our ceremony where we combined water from Ocean City (Assawoman Bay) and the Mullica River (where I grew up) symbolizing the combining of waters where we got our start for the love affinity of water.

Additionally, our day was capped with a night swim in the Atlantic Ocean off of the Dunes Manor Hotel Beach. Also, throughout the weekend was the Ocean City Air Show featuring the legendary Blue Angels which was a breathtaking surprise for our guests.

We could not have had a more amazing time. We are now down in Anguilla for a quiet, yet adventurous honeymoon and perhaps even swim between Anguilla and St Marteen or Anguilla to Scrub Island 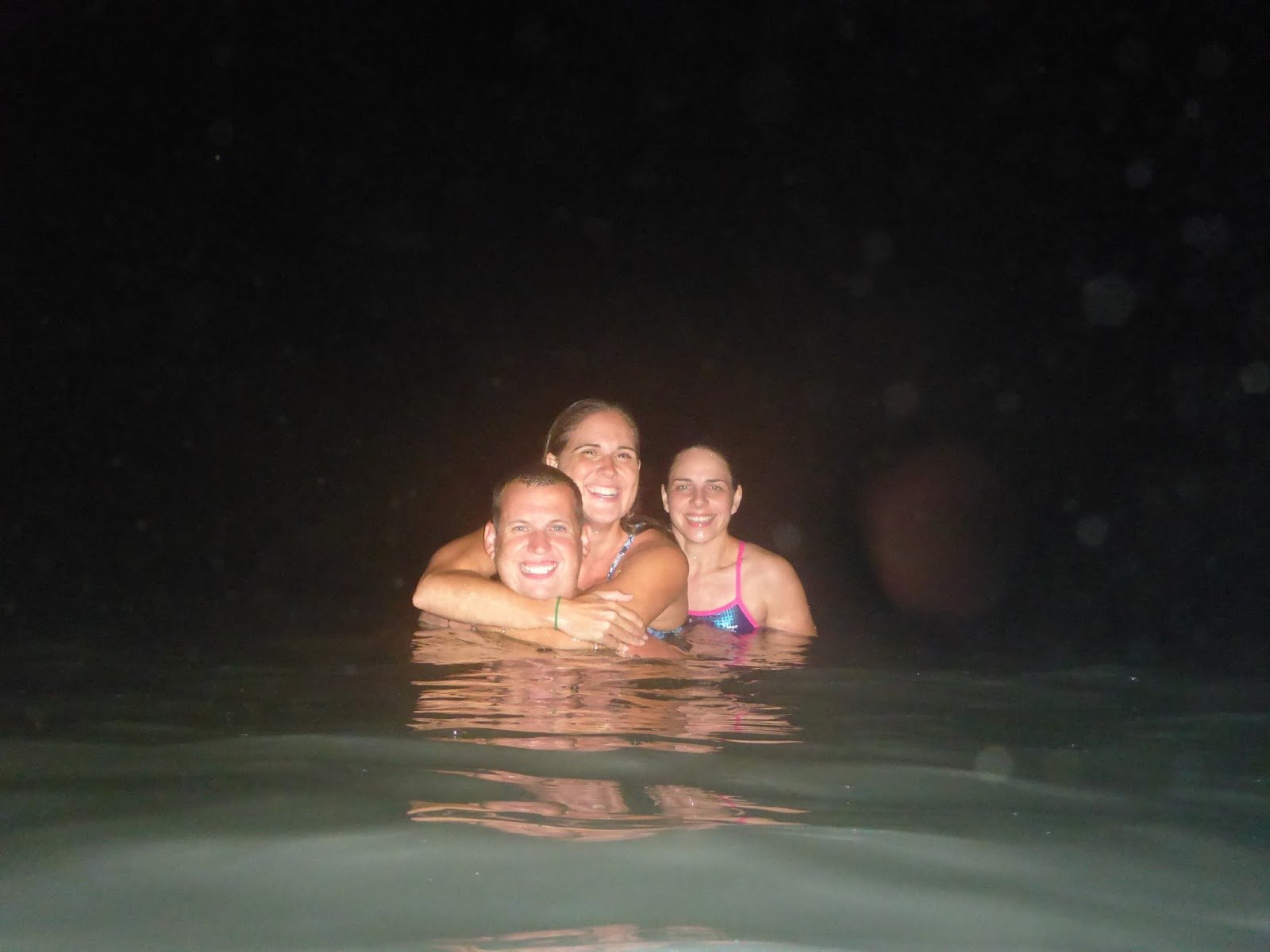 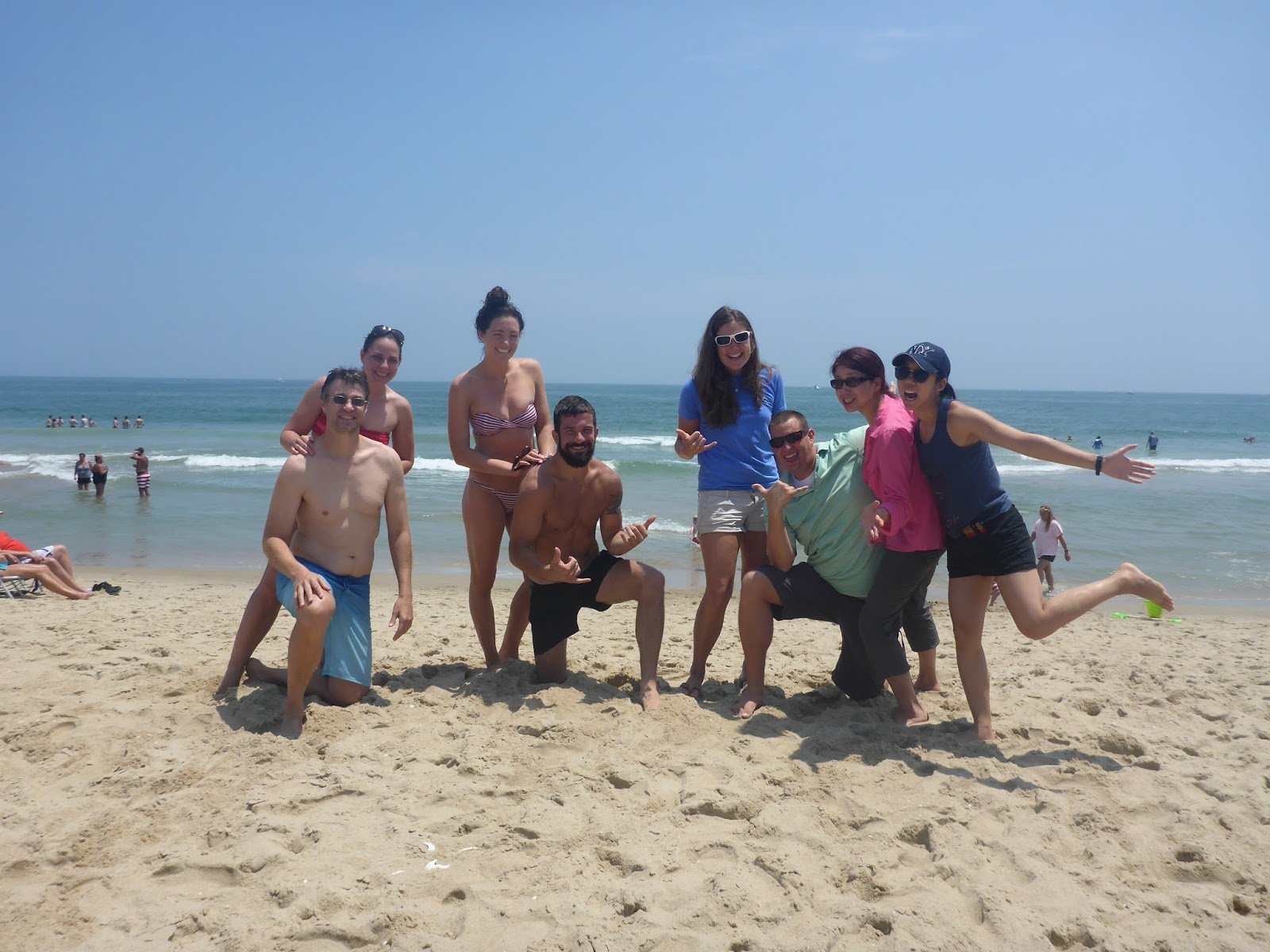