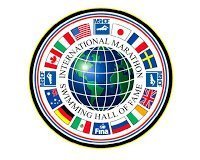 The IMSHOF site will also soon be made available in French, German and Japanese.

The International Marathon Swimming Hall of Fame was established in 1961 to recognize the marathon swimmers throughout the world and is governed by an international selection committee of marathon swimming experts.

The Hall of Fame, entirely supported by donations, recognizes not only the world’s most successful swimmers in competitive races, but also individuals for their solo swim exploits around the world. It is a non-profit educational sports hall of fame devoted to marathon swimming and is dedicated to promoting the athletes, coaches, administrators, pilots, reporters, volunteers, organizations, race directors and associations affiliated with marathon swimming. It immortalizes online the achievements and contributions of those who have distinguished themselves in this sport.

But with a growing number of marathon swimmers in non-English-speaking countries, the need to expand to other languages is immediate.

For the Italian-speaking community, luminaries such as Lello Barbuto (inducted in 1992), Paolo Donaggio (1980), Enrico Tiraboschi (1971) and Giulio Travaglio (1966) are honored in the International Marathon Swimming Hall of Fame.

For the Portuguese-speaking community, luminaries such as Lello Barbuto (inducted in 1992), Batista Pereira (1971), Igor De Sousa (2004) and Abilio Couto (2001) are honored in the International Marathon Swimming Hall of Fame. 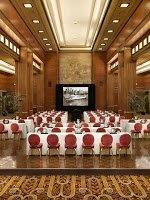 All interested swimmers, coaches, administrators, officials, volunteers, pilots, crew and fans can participate in the next International Marathon Swimming Hall of Fame board meeting that is open to all who participate in, volunteer for, promote, enjoy, officiate the sport.

The board meeting will be held in the Grand Salon conference room on the Queen Mary (see on right) at 6:00 pm on September 21st, the opening day of the 2012 Global Open Water Swimming Conference.

To express interest in participating or attending the 2012 International Marathon Swimming Hall of Fame induction ceremonies, visit here or email your interest here.