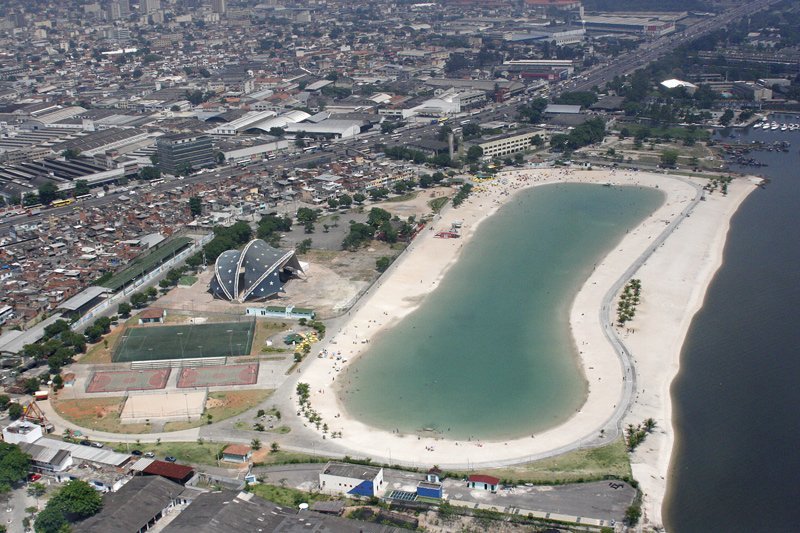 Olympic marathon swimming referee and long-time Brazilian coach and official Ricardo Ratto reminds us about the proposed + Pool project in New York City is not the first project to build a pool within an open body of water (view Kick Start A Pool In A River).

The artificial pools of Piscinão de Ramos and Piscinão de São Gonçalo have brought back swimming in areas where the sport had previously died out due to pollution and other factors.

And the projects have been wildly successful. The Piscinão de Ramos pool has had 60,000 people use its facilities on a single weekend with a capacity of 30 million liters of water.

“The pools were built by the sea, on the beach and they are made using sand just like a regular beach with filtered water coming from the polluted sea, treated and sent back to sea. Now many people join every sunny day to enjoy the man-made beaches where fitness swimming and sessions are held everyday for the elderly.”


As a reference for the + Pool project in New York City, the Brazilians have shown such a major project can be done in a polluted metropolitan area where swimming was once possible, halted because of myriad factors, and now has come back with a major social infrastructure project.