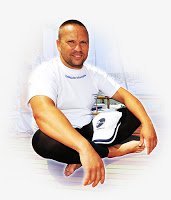 Mányoki Attila has a deep passion for the open water and an unquenchable thirst for marathon swimming. The former competitive butterflyer from Hungary did his very first 12.5-km Lake Balaton race in 1989 between the towns of Balatonfüred and Siófok – and there was no turning back. The open water drew him in and hasn’t let him go yet.

Mányoki’s first international marathon was in Greece where he swam 35K between the cities of Kalamata and Koroni. His enjoyment in that race was followed by FINA World Cup events in Italy, Germany, Serbia, Greece, Egypt, Brazil and Argentina. As the flight miles accumulated, it only drove him to seek out more races. Every time he looks at a body of water, he wonders, “How far? How cold?“

He continues his quest for adventurous open water swims in the Netherlands, Belgium, Croatia, Serbia and Greece. In 2003, he explored the North American circuit and did the Canadian professional marathon races in Quebec and the (now discontinued) 39K Around Atlantic City Swim in New Jersey, USA.

In 2008, he shifted his marathon goals back to his home country and swam across Lake Balaton between Balatonkenese and Keszthely. Known as the Hungarian Sea, Mányoki took 25 hours and 32 minutes to complete the 79.6K traversee which he documents here: