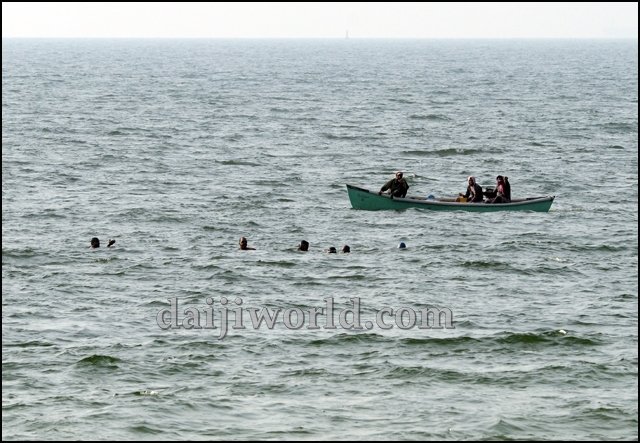 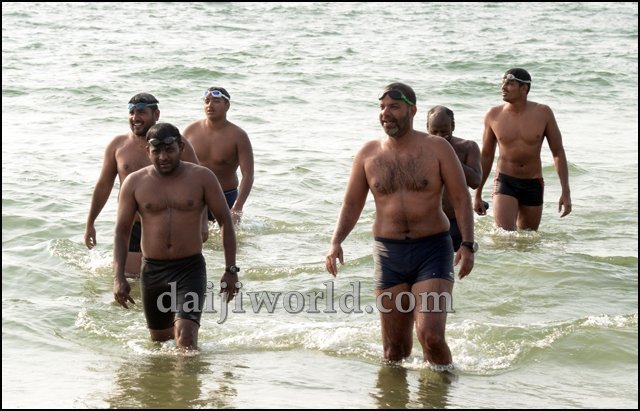 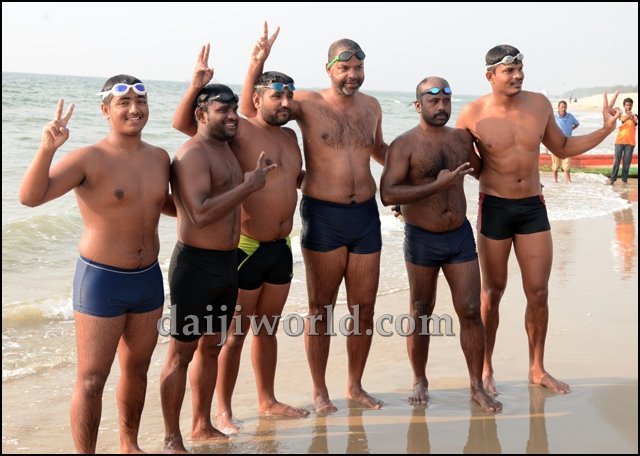 Earlier this month, The Sea Hawk smashed the six-person distance relay team record with an eye-opening 1,031 km swim (640 miles) from Mumbai to Mangaluru in India.

Guide Subodh Sule and observer Shekhar Kale from the Swimming Federation of India rounded out their team.

Singh explained, “We urge many more people to join us in this tribute swim and condemn terror attacks. While we are setting world record, we also urge for world peace.

The relay started in the 28°C (82°F) water at the Gateway of India and finished two days faster than anticipated. “The first three days are horrible,” admits the 41-year-old leader Singh. “It’s your mental strength and the motivation that keeps you going. This is an attempt to spreading the message of peace and condemning terror. Our team comprises people from all strata of society.”

The Sea Hawks swam as a tribute to those who lost their lives in the November 26th terror attacks in Mumbai which left 166 dead and over 200 injured.