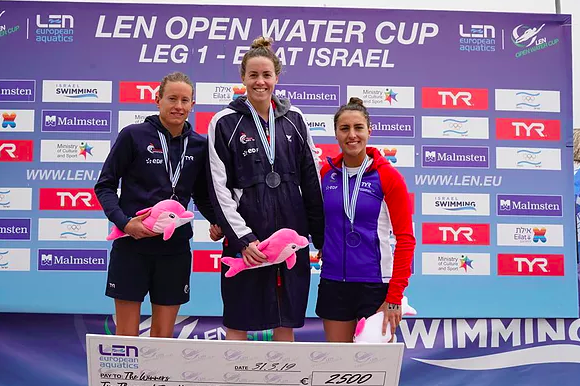 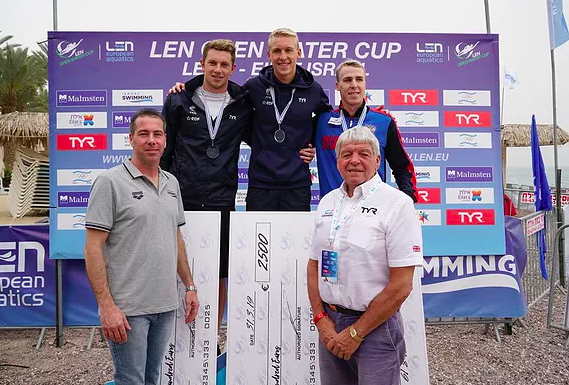 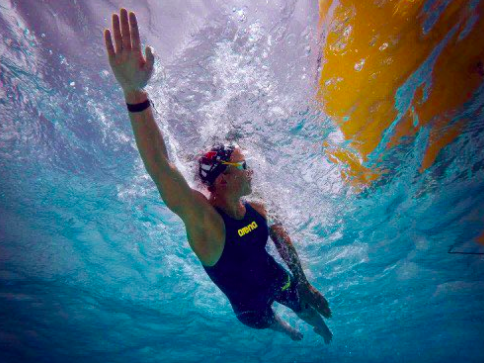 The French swimmers were hyper focused in Israel.

The French Swimming Federation utilized the opening leg of the 2019 LEN Open Water Cup in Eilat, Israel as the French national qualification race for the upcoming 2019 FINA World Championships.

Essentially, that made the 10 km marathon race the first step in ascending to the Olympic podium at the 2020 Tokyo Olympic Games. That is, a qualification in Eilat would give the French swimmers an opportunity to race in Naju Lake in Gwangju, South Korea where the top 10 swimmers will automatically qualify for the Olympic 10K Marathon Swim in Tokyo’s Odaiba Marine Park in July 2020.

2016 Rio Olympic bronze medalist and 5 km world champion Marc-Antoine Olivier made the most of the opportunity as did 2018 European Championship bronze medalist Lara Grangeon who swam to victory in the warm coastal waters of Eilat.

In the clear waters of the Red Sea, Marc-Antoine Olivier broke away from the main pack and out-sprinted the lead pack of four swimmers to win.