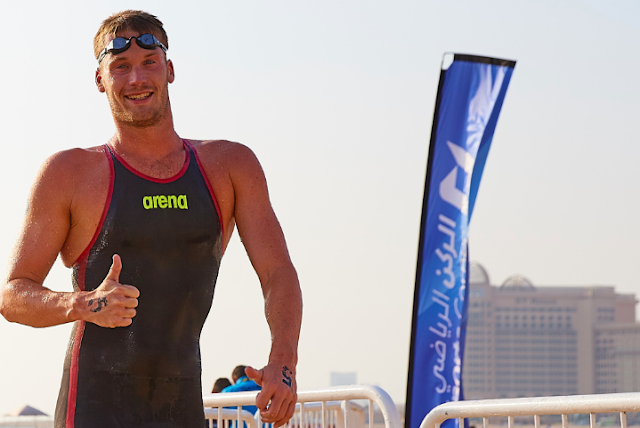 “It was a really hard race because the water was very hot,” explained Marcello Guidi of Italy to reporters after the inaugural 5 km race at the ANOC World Beach Games in Doha, Qatar.

“The temperature was a great problem because I train in water at 22 or 23 degrees and this water was very hot,” he continued despite the 6 am start.