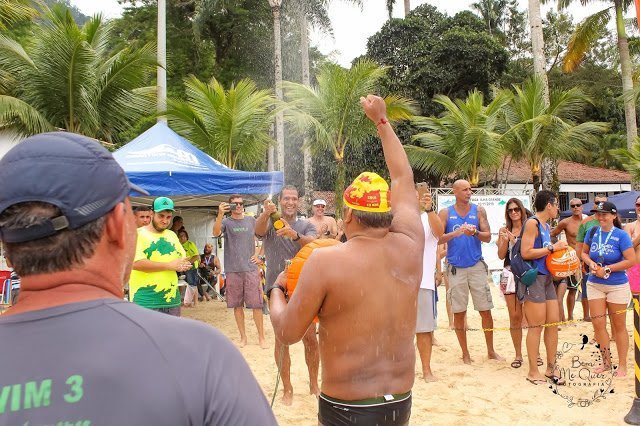 It has taken Marcelo Galvão a lot of training, planning and preparation to complete his longest butterfly swim, but he accomplished it on November 10th in Rio de Janeiro, Brazil.

Galvão said, “It was a very hard and exhausting race. I swam against the current and lateral surface waves that made swimming very difficult. Two days after the race, I still have shoulder and lower back pain. But all the effort was rewarded at the finish line.

I would like to thank my coach Lúcio Lemos who guided me to attain my maximum performance. Now, my focus is on planning to increase the distance and cross the 14.4 km Strait of Gibraltar in 2021.“