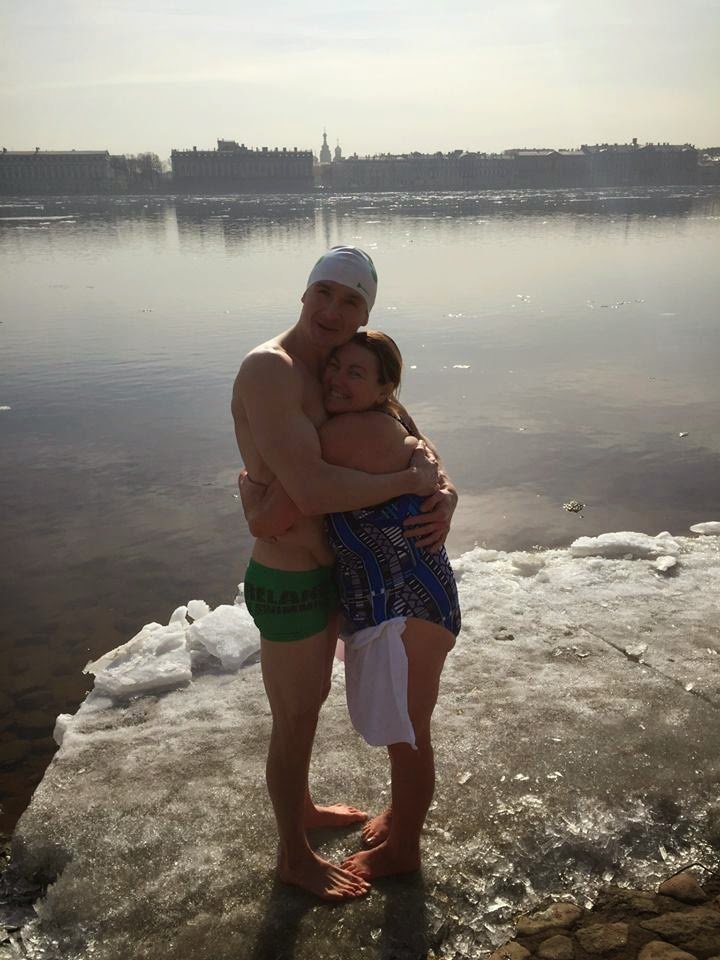 Shelley Taylor-Smith was a great marathon swimmer: she competed on the pro marathon swimming circuit and a fast English Channel crossing, she completed unprecedented marathon swims, she coached and volunteered on hundreds of events around the world, she competed in events on five continents and served on FINA committees, she gives speeches and won world championship races against the best of her era.

She saw sharks, she got stung, she officiated. She did it all.

But, to date, she had never participated in an ice swimming event.

Until today in Murmansk, Russia.

Nuala Moore and Ram Barkai encouraged her to join a 4x25m relay event at the International Ice Swimming Championships in Murmansk. They helped prepare her for the swim of her life, even though it was significant shorter than what she is used to.

In her typical positive manner, she explains, “I experienced the most exhilarating endorphin adrenalin rush today! Words will never describe my joy in Murmansk, Russia participating in 10th Annual Russian Ice Swimming‬ Championships as a member of the 4x25m ‪International‬ ‪Ice Swimming Relay‬ with mates Ireland’s Patrick Corcoran of Ireland, Pawel Rudzinski of Poland and Paolo from Italy. Thank you my dear ice swimming coach Nuala Moore for believing in me. I absolutely without a doubt know I could not have achieved the 25m without you.”