After a long period of interruption due to the pandemic, the Travessia do Leme ao Pontal returned. 35-year-old Marcos Vinicius Zamboni Fraccaro completed the 36 km from Leme to Pontal in Rio de Janeiro, Brazil.

On a cloudy night with a new moon, the forecasts were for 5 knots easterly winds with southeast swells less than 1 meter high and water with an average temperature of 22°C (71.6°F). Swimming along the edge of the well-lit city of Rio de Janeiro, Fraccaro enjoyed the beauty of the coastal landscape starting at 3:24 am on November 8th.

With dawn and approximately half of the route completed, Fraccaro was at a pace of 5 km per hour as the sun’s rays highlighted Cagarras Archipelago, Tijucas Islands and Pedra da Gávea in the morning hours. Over the last 10 km, Fraccaro overcame an opposing current, but continued with a stroke rate of 68 spm for a fast swim of 7 hours 40 minutes to become the 32nd person to finish in solo mode, the third best time among neoprene swimmers. 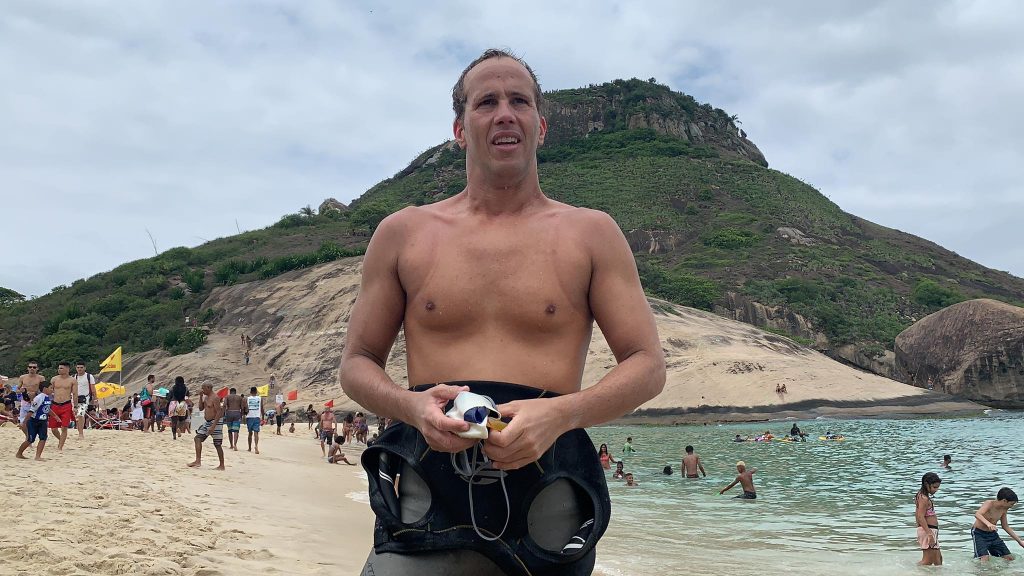 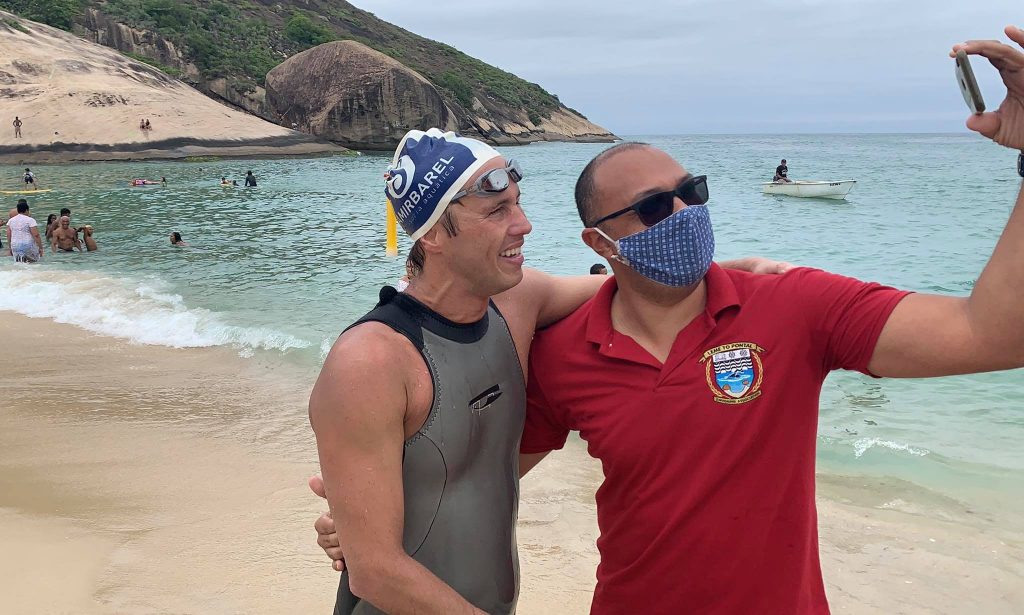