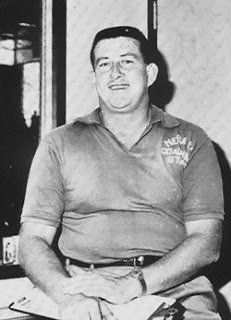 Robert and Beth Margalis joined a global pantheon of husband-and-wife open water swimming pairs who are successful nearly every time they hit the open water.

Back on the shores of California, Robert and Beth, who first made their marks in the pool, are now making their name on the shorelines. Last weekend’s Don Burns Scholarship Mile in Corona del Mar, California saw the Margalis team stand tall on the winner’s podium among the 227 swimmers who participated in the charity swim among smallish surf, cool water temperatures, and dense fog.

Race director Nadine Turner recalls, “The morning was reasonably warm morning but there was limiting visibility. The swimmers could just make out the first turn buoy from the start line. The water dropped from 65ºF (18ºC) to 53ºF (11ºC) after two nights of steady winds. Nearly 40 Newport Lifeguards volunteered to flawlessly support the event. Thanks to 95-year-old Coach Al Irwin, a Newport Beach lifeguard for over 50 years, and the Burns family for being there, and to Rose Burns for presenting the awards. Don (shown above) did have a great effect on many young people in his lifetime of teaching and lifeguarding.”

Parks Wesson, a regular on the California coastal circuit, said, “It was friggin cold. I jumped in to warm up, but immediately jumped out and said forget it – no warm-up today. But once the race started, and after I was clobbered a few times in the head, I forgot all about the water temp. It was also a little foggy, but they added a few more buoys on the course and that made sighting easier. But as usual, it was a great race.”

Turner also described one swimmer who was greatly missed: long-time masters swimmer Carol Jewell who passed in 2010. “Carol was a great friend to the swimming community. When the SeaFest Swim began to lag in early 1990’s, with fewer than 80 swimmers competing, Carol urged the Newport Lifeguards to move the swim the Corona Del Mar and promised to promote the event. She believed in the swim and with her support, the recent swims have averaged 275 participants. We provided two $1,000 scholarships to guards this year who are Nursing majors and last year’s recipient is now attends UCI Medical School.”