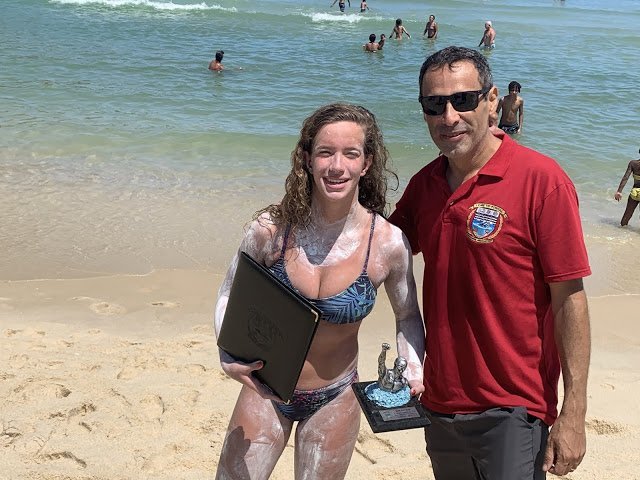 16-year-old Mariana Chevalier Santos wrote her name in the history of open water as the youngest swimmer to complete the 36 km Travessia do Leme ao Pontal in Rio de Janeiro, Brazil.

Young Mariana demonstrated a lot of composure during her challenge. She was accompanied by her coach Julio Saldanha with whom she has been training since 2017. LPSA Observer Ricardo Patrick Lima Silva and experienced pilot Max Paim Viglio.

On a starry night illuminated with a full moon, the forecasts called for east winds of 5 knots with southeast swells less than 1 meter high and water with an average temperature of 24°C (75.2°F). Swimming along the edge of the well-lit city of Rio de Janeiro, Mariana’s achievement – despite continuous seasickness – was complemented with the beauty of the shoreline scenery.

As dawn approached and approximately half of the course completed, Mariana increased her pace to 3.5 km/hour as the sun’s rays highlighted the beauties of the city of Rio de Janeiro as the Archipelago das Cagarras, Tijucas Islands and Pedra da Gávea.

In the last 10 km, Mariana picked up her stroke pace and kick for a fantastic finish after 9 hours 42 minutes. She became the 31st person to finish, the third fastest time among women in the history of the swim.