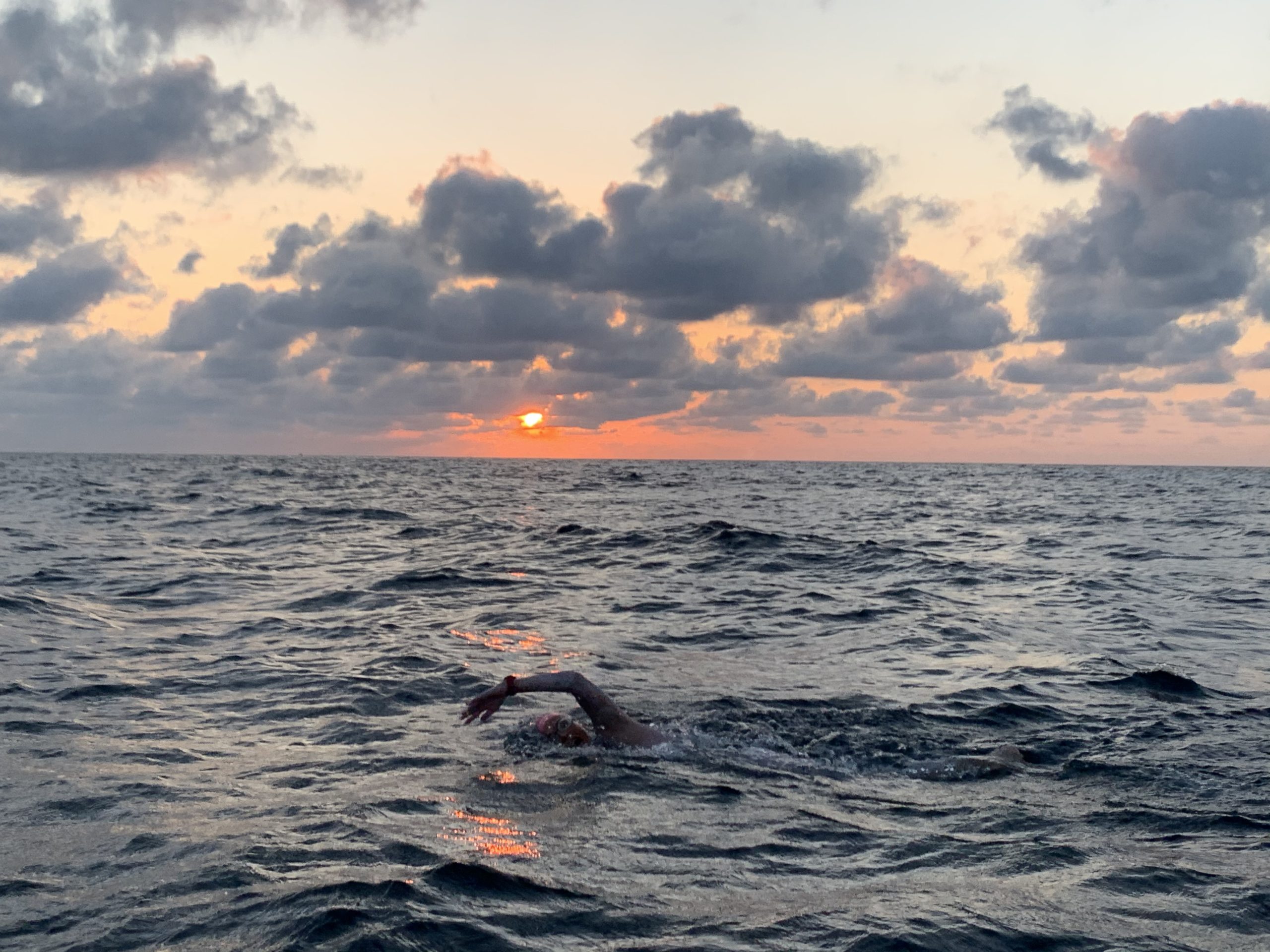 Last year, Mariel Hawley Dávila completed the Oceans Seven, a goal that she had set herself and achieved after years of efforts.

But she seeked new goals.

Her sights turned domestically in Mexico after not being able to attempt a Río de la Plata crossing between Argentina and Uruguay. “I want to create and open new routes in Mexico for open water swimmers, for both domestic and international swimmers,” she explained.

In October 2019, she successfully completed her first such swim, a 32 km coastal swim from San Jose del Cabo to Cabo San Lucas. It was the inaugural Los Cabos Acuarium Swim that was later also achieved by Ned Denison before the global lockdown began.

“This year, my eyes turned to Banderas Bay, the second largest bay in America after Hudson Bay in Alaska. Banderas Bay is part of two states Jalisco and Nayarit in Mexico.”

“I travelled to Vallarta a month ago to train and the water was so warm as well as the weather that my coach and crew chief Gela Limonchi recommended me to swim at night. During this trip, I also visited Corazón de Niña home for abandoned children. The children deeply moved my heart so I decided to swim in order to raise funds for this home.

On Thursday afternoon before the swim, I visited Corazón de Niña Home again and the girls told me they would be praying for me all night while I swam. While swimming I was thinking of them and that kept me company during the darkest hours of the swim.

I started the swim at the tip of Cabo Punta de Mita from the water since it is a very rocky cape with surf and waves. Julio Ramos, our team captain, and Mr. Noe, the boat captain, along with observer Verónica Rocha indicated me to swim as close to the rocks as possible. From there, I started the swim. It was a beautiful sunset in the Pacific Ocean at 7:05 pm when I started swimming. Soon it became dark and after 9 hours 14 minutes, I came out of the water in Chimo Cape, on the other side of the bay at 4:19 am.”

She described her planning and adventure of the Corazón de Mar Bahia de Banderas Swim on today’s edition of WOWSA Live. 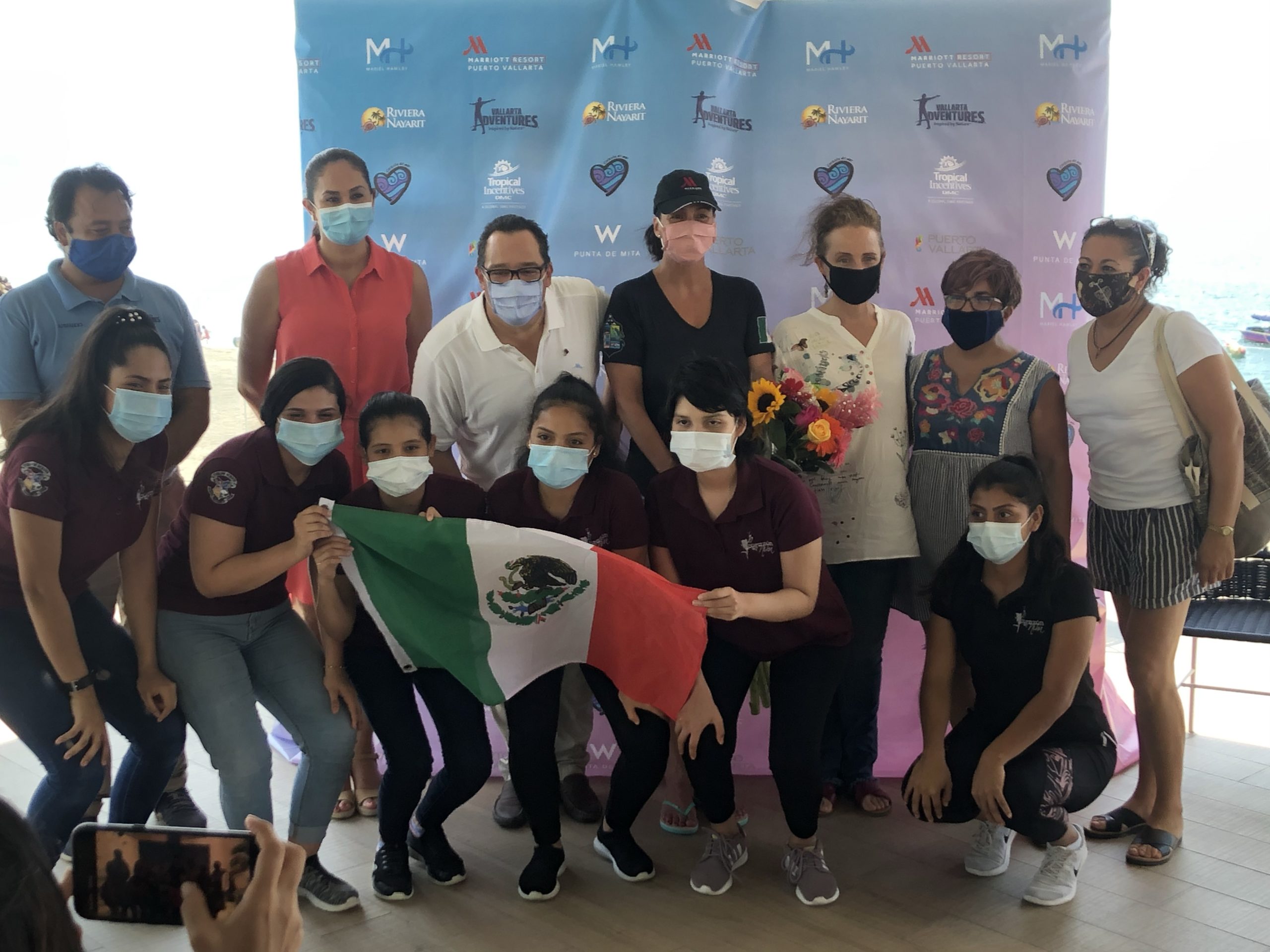 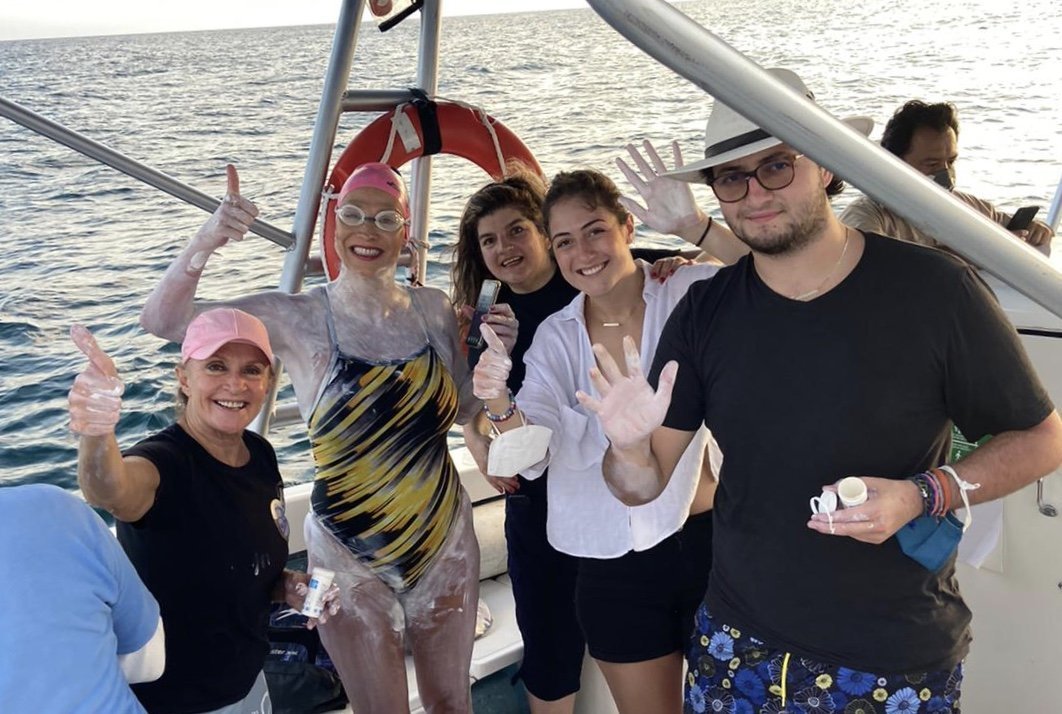