Marina Martinique Lives Up To Its Name 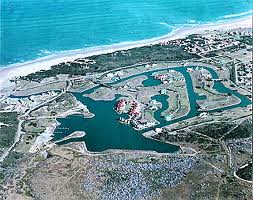 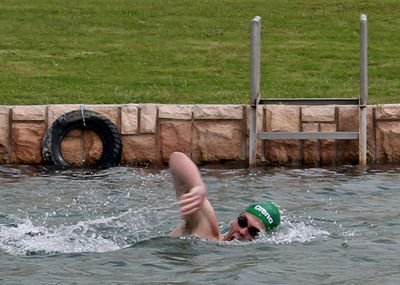 November is the traditional start of the summer open water swimming in the Eastern Cape of South Africa. The first event will take place on November 15th at Marina Martinique.

The distances that can be swum, either in neoprene or bioprene, are 500m, 1 km, 3 km, 5 km and 10 km and a bank-to-bank swim for the youngest swimmers who are doing their first attempt in the open water.

The next event in the same venue will take place on November 29th with a different format: a bank-to-bank swim as well as 500m, 1 km, 2 km and 4 km races. “These distances will suit all Iron Man and half Iron Man athletes and will be swam over a 1 km route,” describes Brenton Williams.

“The premier event of the season – the Marina Mile, presented by Nicholas Melck will take place on December 13th.

The traditional Mile will be swum, as well as the Double Mile, and 500m and bank-to-bank swims.

“Open water swimming is growing and the Marina is regarded as one of the best swim venues in the world,” said Williams. “This season we will offer distances aimed at supporting the Iron Man and Half Iron Man athletes who swim 2 km and 4 km in their respective races. We will also cater to swimmers who swim according to Channel Rules which means wearing nothing more than a Speedo-type costume, goggles and a swim cap.”

Registration is open for all the events at www.swimmingplus.com.