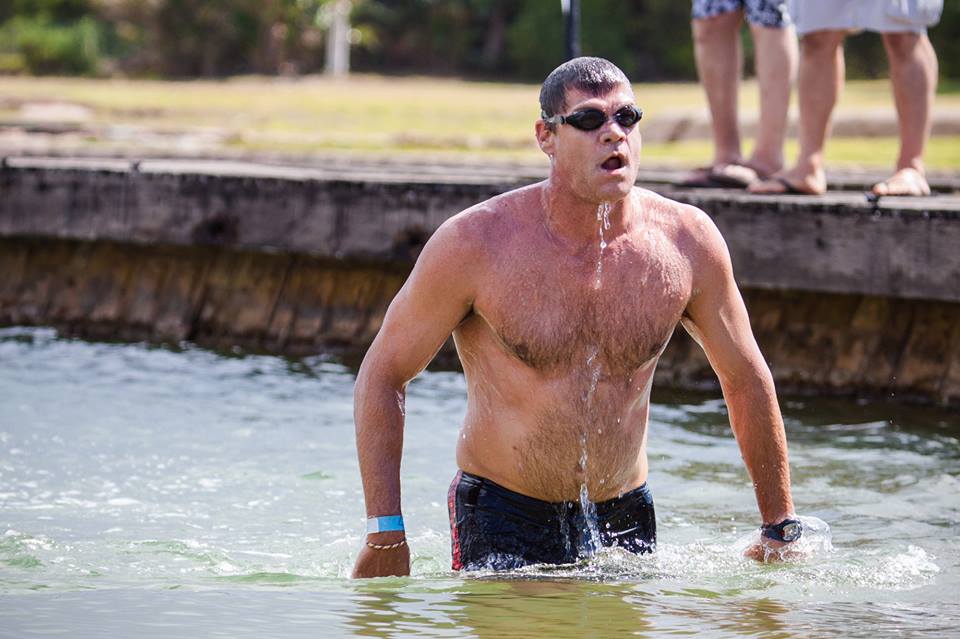 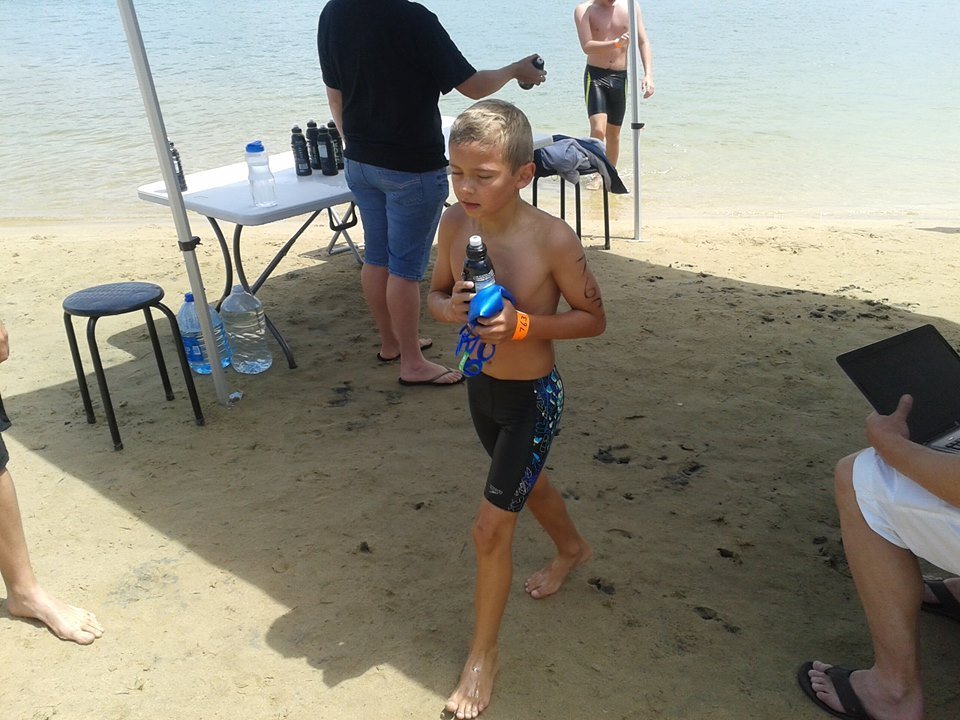 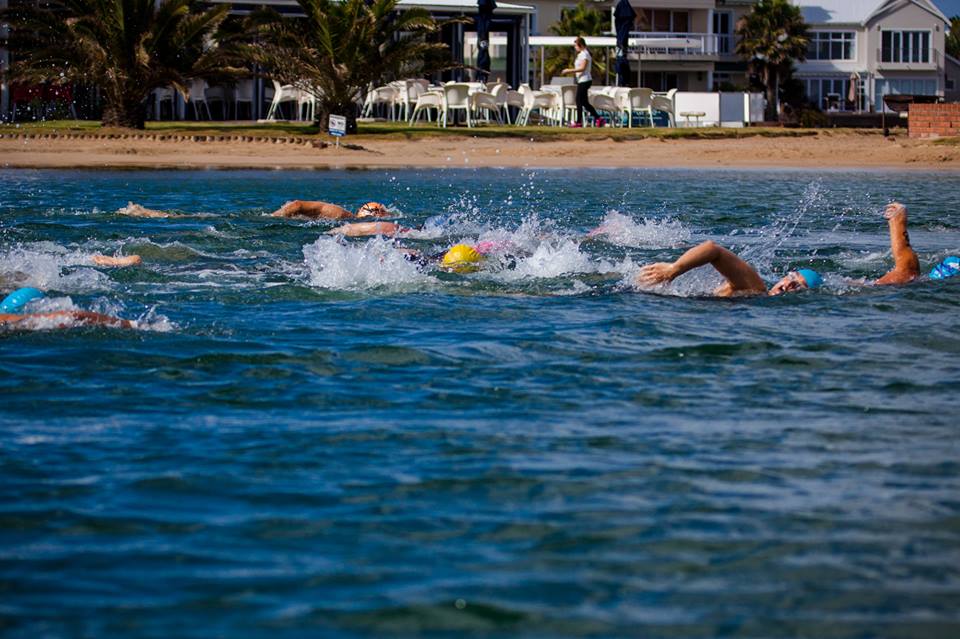 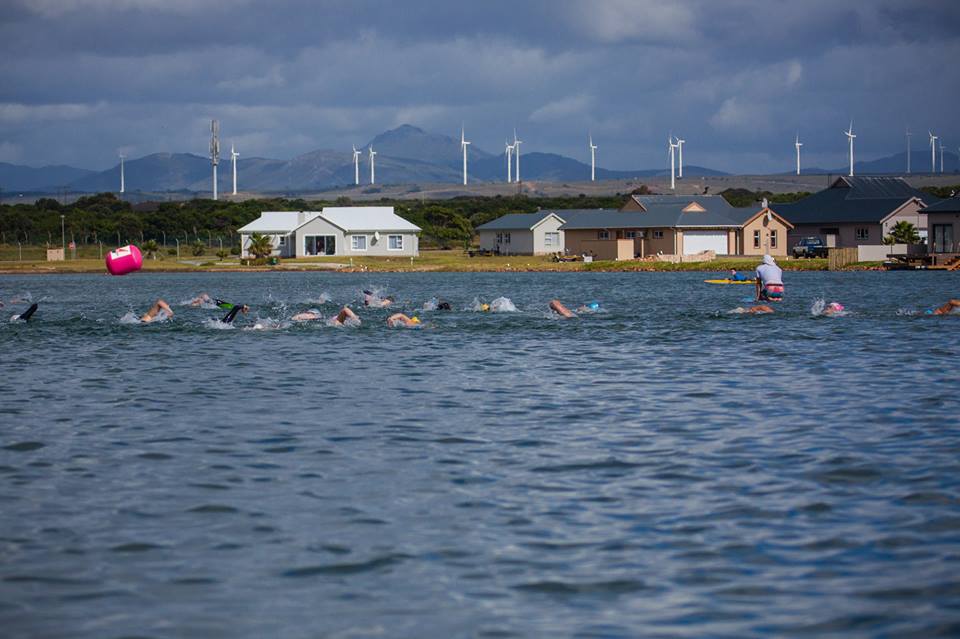 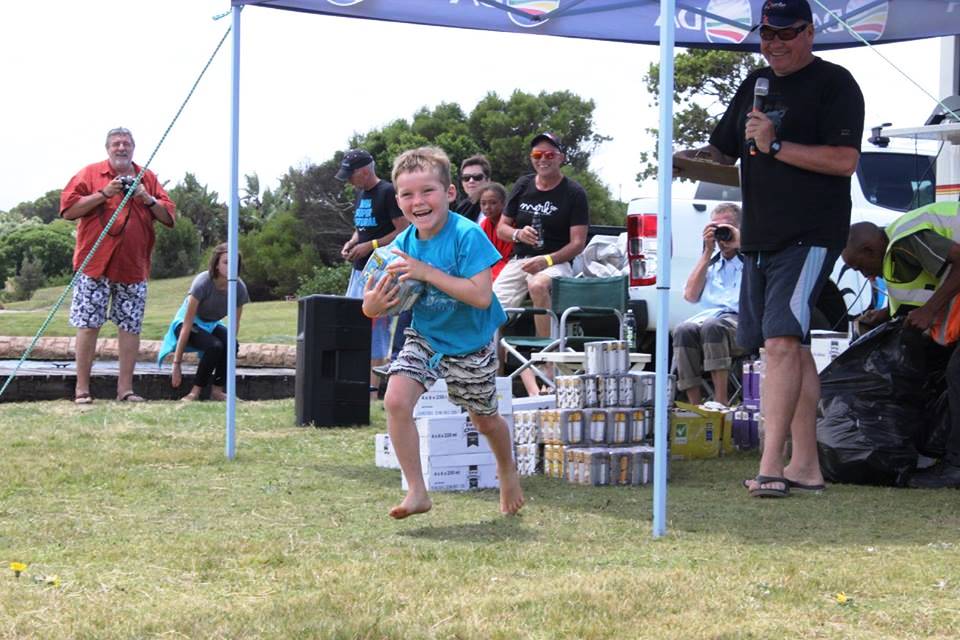 Wet and chilly conditions did little to deter open water swimmers from all over South Africa who descended upon Jeffreys Bay for the annual Marina Mile this past Sunday.

While the weather on land was unpleasant, the water was a balmy 24ºC. This warmer water helped the swimmers once they took to the salt water canals of Marina Martinique for one of the bucket list events on the South African open water swim calendar.

The Double Mile got the action underway and veteran swimmer PJ Duffy used his experience to claim his maiden victory in the event. Duffy is a previous winner of the Bell Buoy Challenge and the tough Shipwreck swim in Cape Town. “It was a great swim and the new route that the organisers laid out was lots of fun.”

Amy Mardon comfortably won the women’s Double Mile with Denise Bosman and Angela Finlay following up in second and third.

17 swimmers 10 years and under participated in the 40m bank-to-bank race aimed at young swimmers new to open water swimming. “The bank-to-bank is all about participation and we want to encourage youngsters to take up the challenge and complete their swim, which all of them did, even if there were a lot of nerves prior to the swim,” said organiser Brenton Williams. “Saverne Abdinor, Kobus Strydom, Tiani Strydom, Issataya Bredell, Casper Strydom, Noah Joubert and Christine Strydom all had good swims.”

The flagship event, the Marina Mile, was the final event of the day where a tough battle developed between Creedence Pattinson and Jeffreys Bay swimmer Seth de Swart with Pattinson eventually claiming the victory in 22:38 with de Swart a few seconds behind in 22:41.

“Woodlands Dairy and ISport isotonic sports drinks ensured all the swimmers remained well hydrated after the events with the winners of the Marina Mile walking away wearing their new Oakley sunglasses,” explained Williams. “The next swim event is the Marina Marathon Swim, which takes place on January 17th. There is a unique format to the event, with swimmers having the option of taking on a 14 km swim or lesser distances of 10.5 km, 7 km or 3.5 km. Entries will open shortly on www.swimmingplus.com.”