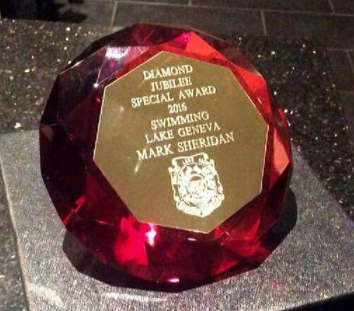 What is remarkable about Sheridan’s 69 km crossing of Lake Geneva is his solo marathon swim of 33+ hours was not unique.

A vast majority of the successful Lake Geneva crossings – whether solo, relay or stage swims – have been at least 24 hours in length: