Mark Tan Freestyles To His Fourth 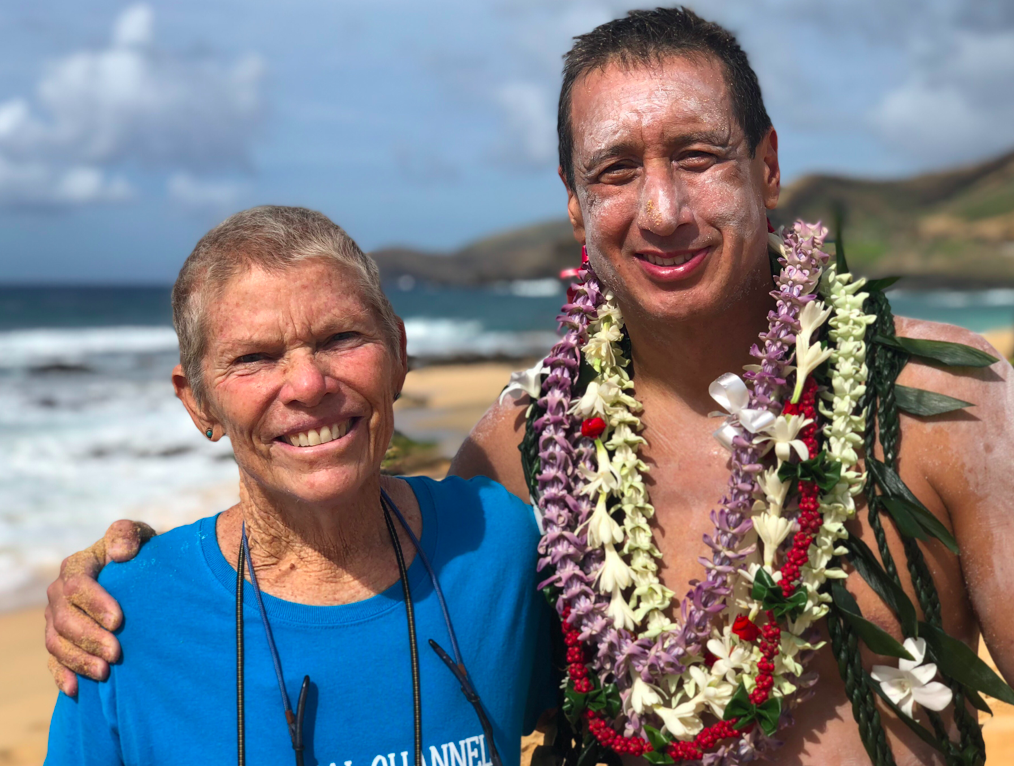 Mark Tan Freestyles To His Fourth

Mark Tan has now completed crossings of four major channels in his home state of Hawaii.

Linda Kaiser [shown on left in photo above] reported, “Mark was escorted by pilot Matt Buckman on a very straight course. He experienced some [jellyfish] stings, but there were no shark encounters and had a great time.”

Tan was grateful for all the help he received along the way, “There are a lot of people who helped make this swim happen: the Tan families in California and Hawaii, Matt Buckman and crew, Ivan Shigaki, Ken Kimitsuka, Linda Kaiser, Bill Goding, the Molokai Channel Swimmers Association, Carl Kawauchi, Sarah Eismann, Ryan Leong, Dean Swimmer, and the Mountain View Masters.”