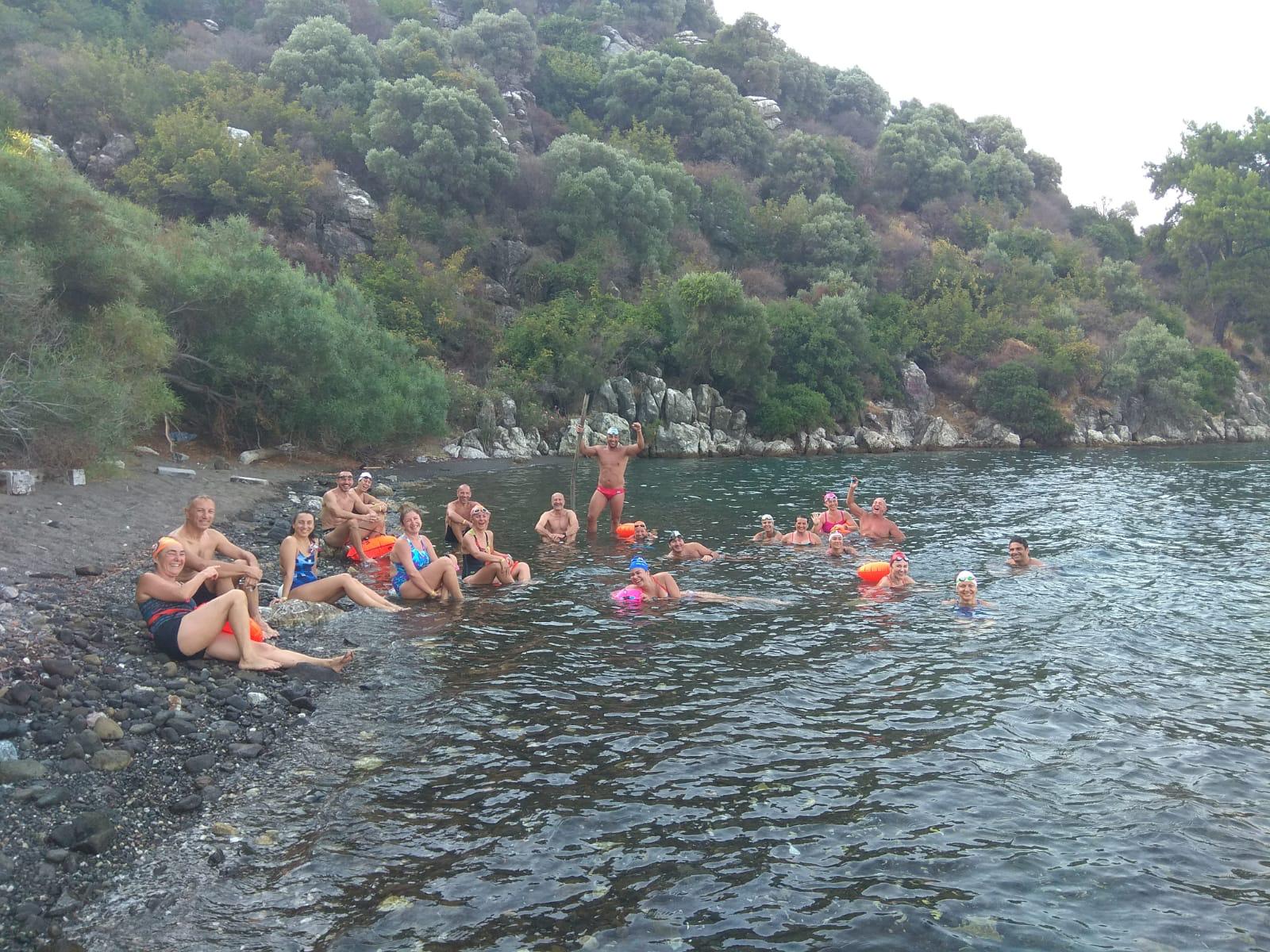 In addition to the world-renowned Bosphorus Cross Continental Swimming Race (Turkish: Boğaziçi Kıtalararası Yüzme Yarışı) that was postponed until August 23rd, there is an increasing amount of activity in the open water scene in Turkey.

Pelin Çelik of Galatasaray Master Swimming Club tells of the first Open Water Swimming Camp in Turkey after the pandemic lockdown was lifted: the Marmaris Yüzme Kampi. Emre Deliveli, an English Channel swimmer and owner of the Emre Hotels in Marmaris organized a camp at his hotel following all the necessary and essential regulations. The day the 15 swimmers entered his hotel, it was the opening day of the hotel for the 2020 summer season 2020. The hotel pool was used only by the camp swimmers and open water swims were done in the sea of Marmaris.

The camp ran from July 23rd to 26th. Everyone’s body temperatures were measured every day three times at the hotel. Çelik said, “This camp was a real medicine for all of us after being all the time at home. We have to move on, have to obey the rules, and get on used to live with the modified lifestyle in accordance to COVID-19.

Coaches İpek & Halim will organize another camp again in Marmaris, Turkey on September 17th – 20th at the same hotel (Emre Hotels) by following all the pandemic safety measures. 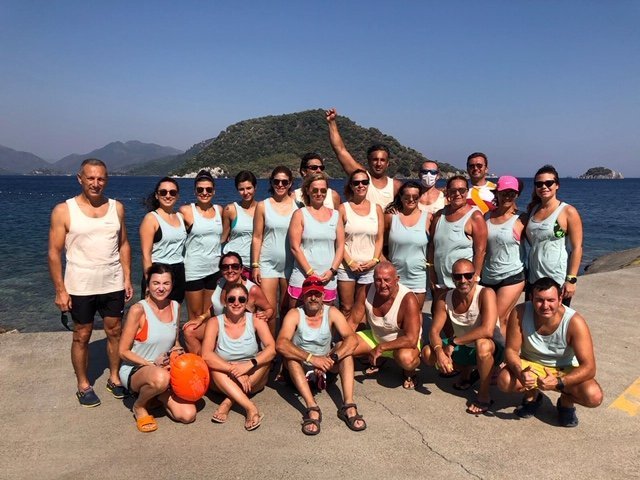 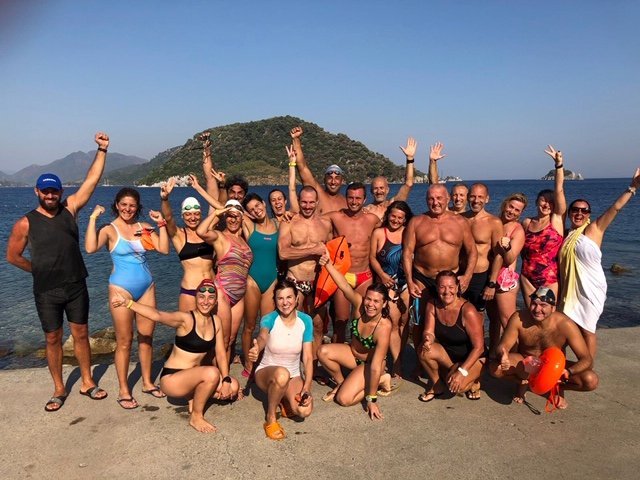 Coack Ipek Yalkı is a former Turkish national swimmer of the Galatasaray Masters Swim Team. She won the 200m backstroke at the 2019 FINA World Master Swimming Championships. She is the first Turkish woman swimmer to win gold at the Masters World Championships.

Coach Abdülhalim Lafcı is also a national swimmer from Galatasaray who holds Turkish records at the elite and masters levels. He has been twice finished second overall in the Bosphorus Cross Continental Swimming Race and an age group winner.”