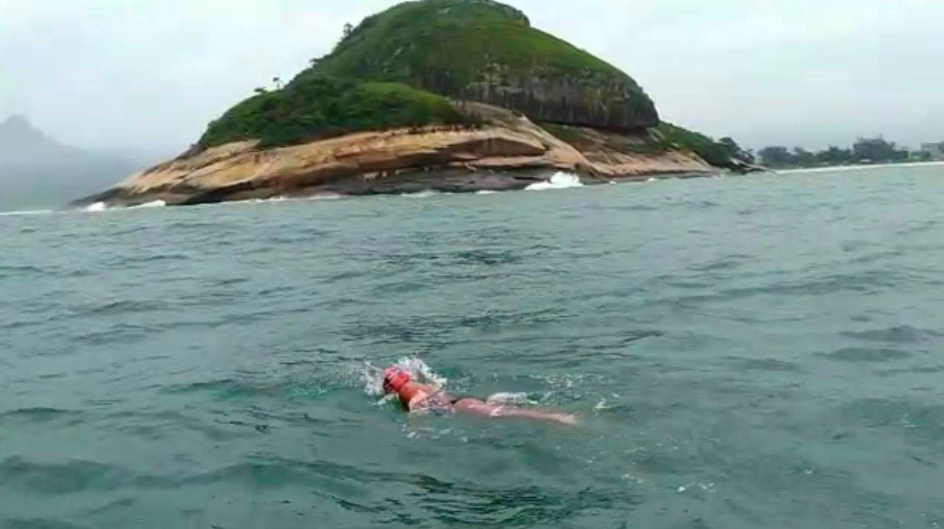 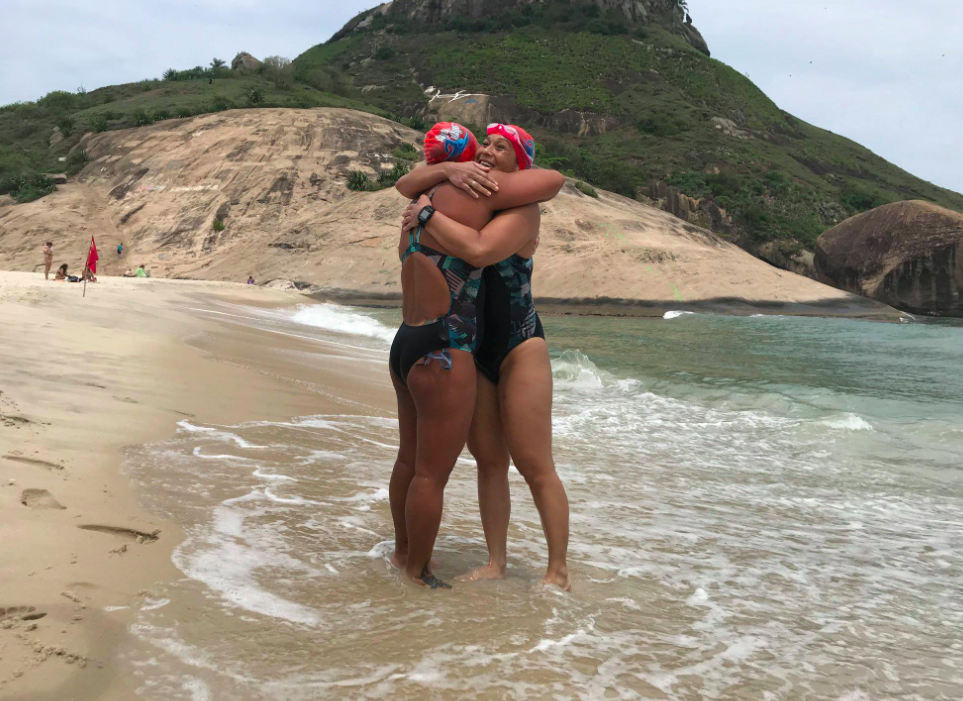 Adherbal de Oliveira reported on the Anjos D`Água Relay that completed the Travessia do Leme ao Pontal along the coast of Rio de Janeiro, Brazil.

At 2:40 am in the early morning of October 18th, the Anjos D`Água Relay set off from Leme. The a duo relay included Marta Izo and Luciana Akissue.

Izo reached the sand of Pontal Beach after 9 hours 40 minutes to become the first female relay to successfully complete the Travessia do Leme ao Pontal.